The City Garden Project is dead. It’s difficult to believe after all these years, but despite some horrendous death throws and twitches, the beast has been slain. Mike Shepherd looks back at the good things and the bad things that emerged from this experience. 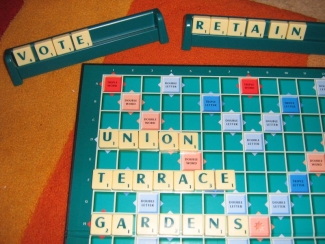 BAD: Businessmen tried to impose their will over the rest of Aberdeen.
GOOD: The people of Aberdeen fought back and won.

Aberdeen had in recent years drifted politically into a  situation where big business interests were exerting too much control for the good of a pluralistic society.

It is shocking that economic policy for the region has been devolved to mainly business interests largely beyond political control (ACSEF).

The UTG decision shows that the people of Aberdeen can still exert a brake on the rampant will of businessmen who think they can do what they want, even to the extent of taking over a public park.

BAD: The local press proved less to be the watchdog of the community and more the poodle of big business.
GOOD:  Aberdeen Voice was formed and the internet became a forum for those who disagree with the local newsprint’s version of ‘consensus’.

Freedom of Information releases show how much of our tax money ACSEF have spent on public relations, largely channelled through the local newsprint.  However, the days whereby the Aberdeen media creates the message and controls the consensus are slipping away.  The ‘editorial column’ has now lost all credibility and the free exchange of opinion and information is passing to community pages on the internet.

BAD: Public consultations and referenda have now proved to be totally worthless.
GOOD: We still have the ballot box.

The first public consultation was effectively run as a marketing exercise and was ignored because it returned the wrong result as far as ACSEF and a section of the business community were concerned. The later public referendum was run with good intentions but business interests left nothing to chance and spent their way to a totally one-sided campaign.  Both episodes did nothing to reduce rampant cynicism amongst the disaffected. However, the results of the democratic ballot through council elections could not be ignored or swayed by one-sided campaign spending.

BAD:  National politicians sided with power and wealth against the interests of the public.
GOOD: You can still punish them for the abuse of political control through the ballot box.

The involvement of senior Scottish Government politicians in a local dispute over a public park was despicable.   Sectional party interests look to have been involved in an attempt to curry favour with wealth,  power and influence in the Aberdeen area. The politician’s willingness to get involved in a divisive local issue despite potential fallout from the electorate suggests that over-riding political objectives at a national scale were at stake.  That potential fallout from the electorate happened.

BAD:  Aberdeen Council turned over wagging paws in the air at the behest of business interests.
GOOD: We are on their case.

Of all the shockers perpetrated by our Council, the worst was to allow the proposed developers of the City Garden Project, a limited company, to influence the business case for Council borrowing of millions of pounds for the project.  To show how bad this is: under normal circumstances an “allegation” like this would have provoked outrage and perhaps lawyer’s letters; but this is not an allegation; it is all there in black and white in the council’s report.  We are now alert to the knowledge that our council can do these things. They will be watched like a hawk.

BAD: The political powers have stopped bothering with building consensus over big planning issues where conflict could arise.
GOOD: The might is right approach has failed miserably.

A big lesson from the recent history of political decisions in Aberdeen –  Involve everybody and make sure that all opinions are heard and considered seriously. If you don’t do this, expect a political quagmire of horrendous proportions – UTG, the bypass, Loirston, etc, etc. It doesn’t matter who is right or wrong, you have to do this properly and thoroughly

GOOD: A public park, Union Terrace Gardens, has been kept as a public amenity.
GOOD:  They will think twice before ever trying that again.

9 Responses to “UTG: The Final Verdict”