Aberdeen and Aberdeenshire Green Party is to complain to Aberdeen City Council over mistakes in the mailing and online information for voters in the Union Terrace Gardens referendum. Aberdeen and Aberdeenshire Green Party is one of seven groups participating in the referendum process in support of retaining Union Terrace Gardens. With thanks to Martin Ford. 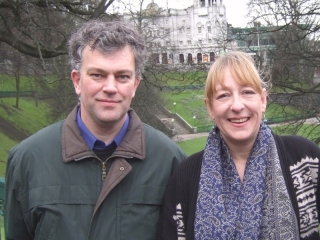 As a registered ‘campaigning organisation’, the Green Party was entitled to have a 300-word statement included in the information pack sent out to voters. However, in the information posted out to voters by the City Council, about half of the Green Party’s statement is missing. Only the first five paragraphs are there, while the last six paragraphs are omitted.

Voters in the referendum can vote online at:
www.votesecurely.com/aberdeen

The statements provided by the various registered campaigning organisations are also included in the online information. As with the printed information sent to voters by post, about half the Green Party’s statement is missing.

It is reported that some of the statement submitted by Aberdeen Against Austerity, another campaigning organisation in favour of retaining Union Terrace Gardens, is also missing from the online information for voters. Another two statements run into one another without a break, so could appear to be one statement.

“I find it quite incredible that multiple mistakes could have been made in the referendum mailing. Wasn’t the material proof read? Even the most cursory check would surely have revealed that six whole paragraphs were missing from our statement.

“This is not good enough. This referendum is important and must be fairly and competently conducted. What has happened is not fair.

“Errors on this scale amount to gross incompetence by the City Council. The Green Party will be complaining to the Council in the strongest terms.”

The Green Party’s full statement can be read by voters on the party’s own website:
http://aberdeen.scottishgreens.org.uk/