Voice’s Suzanne Kelly has over the past 10 weeks campaigned tirelessly in her efforts to oppose Aberdeen City Council’s proposed cull of roe deer on Tullos Hill, writing letters and liasing with groups and individuals on both sides of the debate. Suzanne wishes to share with Aberdeen Voice readers her latest letter to Cllr. Aileen Malone and the Housing and Environment Committee in the hope that others might be encouraged to add their own voice to this controversial issue. 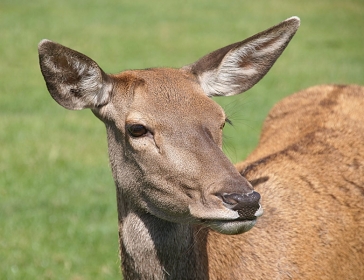 I am writing this open letter to you in your role as Convener of the Housing & Environment Committee and leading proponent of the ‘A Tree for Every Citizen’ Scheme.

I am sending this letter to you in this format for two reasons.  Firstly, you ‘accidentally’ deleted  an email I sent you (with my street address) in which I protested against the Tullos Hill Roe Deer Cull, which is being planned as a result of the tree scheme, and I would hate for you to similarly lose this letter.

Secondly, I want to enlist the help of as many Aberdeen citizens and others opposed to this senseless cull as possible:  if anyone reading this letter agrees with it, kindly add your name and address, and send it to Ms Malone.

Your committee came up with the ultimatum to citizens:  give us £225,000 before 10 May – or we will kill the deer.  ‘Blackmail’ is the word that springs to mind.  I would never have believed a City would consider blackmailing its citizens.  To do so after what seems like deliberately concealing the planned cull from the ‘Phase 2’ consultation which closed in January is inexcusable.

It has been demonstrated that before this consultation was launched, someone involved in the ‘Tree’ scheme had been briefing Scottish Natural Heritage and deliberately steering them away from the many humane alternatives to a cull that exist.  I thought it was very clever to leave out the deer from the consultation but to mention rabbits – it certainly fooled me (and no doubt many others) into thinking that all animals had been duly considered, and that only rabbits were worth mentioning.  Some might call that sneaky.

If the public consultation ending in January mentioned a deer cull or the need to raise money for tree protection, there are hundreds of people who would have objected.  The opportunity was lost to them because the consultation was so very flawed.

The Scottish Society for the Prevention of Cruelty to Animals is completely against the cull, as are many other animal welfare organisations, and thousands of Aberdonians  as well as concerned  people living further away. 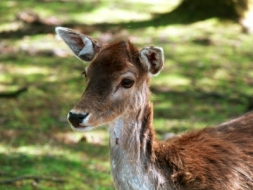 I recall how you went to the Press & Journal and said something to the effect that ‘only about one’ local resident had contacted you protesting the cull.

You later made private apologies to me and others who indeed had contacted you – you ‘accidentally’ deleted my email.  (I waited and must have missed it, but I never did see an apology in the Press & Journal for your error. It is almost as if you did not want to set the record straight).

There are dozens of ways in which the deer can be saved (tree guards – which someone told the SNH ‘had visual impact’ are being used elsewhere in the city such as Forrit Brae; dozens of types of trees are deer resistant, fencing could be used, trees could be planted elsewhere…).  I can only hope that someone with sense within the C ouncil is striving to find a solution other than this cull.

Call off the cull and plant the trees after suitable alternatives have been found to protect the deer, and make a public announcement to that effect by 3 May 2011, or:-

I expect your reply by 3 May, after which date if there is no halt to the cull, I will begin to take these actions against you and seek legal advice as well on preventing the cull.

Maybe my one letter won’t carry much weight with you; maybe no one will join me.  But even if no one else signs this letter and sends it to you, I will continue to fight you on this very sad state of affairs until I have prevailed.

As a reminder, here are the questions I asked you and others by email on 8 March of this year (my comments in red)

Scottish Natural Heritage in its 26 November letter suggests that the public might not be in favour of a cull and need careful handling.  They offer to help you with a robust communication plan.  So, Ms Malone:  how is that working out for you?

(if anyone wishes to sign and send Ms Malone this letter as well, please keep me informed and send a copy if possible to sgvk27@aol.com.  Thank you)

* Aberdeen voice is grateful to Ian Britton and Mark Aert for photographs.