Planting trees, creating habitats, using trees to clean the air: no one could be against such a plan, particularly if it would be ‘cost neutral’ and the citizens of Aberdeen would wind up with forests to enjoy down the road. However, in light of new information, Voice’s Suzanne Kelly takes a different view. 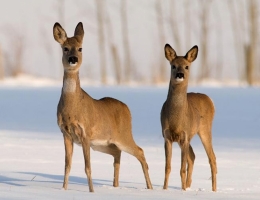 What probably started out as a good idea is now a contentious web of extremely poor advance planning, politics, blackmail, vandalism and international outcry at a secret, but long-planned deer cull.

It is time to examine what should have happened, what went wrong, and what should and could be done.

An Aberdeen City news release of 29 October 2010 explains that 210,000 trees will be planted in several stages, that this programme had funding for the first phase, and was winning awards.  The news release goes on to explain how important trees are – they will such up pollutants and CO2; they will provide habitat for animals (presumably there should be a tree planting near Loirston Loch, but a stadium is to be planted there instead).  This news release, stored on the Council’s website, also explains that funding is being sought for Phase 2.

It is a bit more difficult to find any record on the Council’s website of the deliberate vandalism which destroyed trees planned in Torry and elsewhere.  There is no report on how vandals will be prevented from destroying further plantings.  But within a month or so of this news release appearing, certain people in the Council involved with the tree scheme were already scheming some destruction of their own – and they certainly didn’t want either you or me to find out about it until it was too late for us to do anything about it.  I refer to the plan to keep us in the dark about how Phase 2 of the scheme was being deliberately led:  people behind the scheme were actively steering deliberately towards the cull of the Tullos Hill Roe Deer.

Scottish Natural Heritage:  A view to a cull

On 25 November 2010 (while citizens were being ‘consulted’ on Phase 2’), Scottish Natural Heritage wrote a letter to a member of the arboreal staff at the Council.  (See letter in full below this article).  This letter raises a number of serious questions as to how the scheme was handled.  The letter certainly seems to be replying to a briefing of some sort.  The writer – James Scott of Scottish Natural Heritage’s Wildlife Operations Unit –  is addressing issues which should have been made known in the consultation.

At the time of writing, Mr Scott has been informed that someone in Aberdeen Council has already taken several decisions.

Fencing – It has somehow been decided by someone that fencing would be impossible, as there is a public footpath.  The UK is covered with such paths and suitable gates are used.   Fencing might not have been perfect – but oddly that is part of the blackmail offer the council now proposes.

Deer population –  If the fencing controversy is not confusing enough, the letter admits that the number of deer is unknown.   How many would be culled is apparently to be decided after SNH personnel visit the site under cover of darkness and make counts.  It is not known if such a count has taken place yet, or what the results are.  SNH say that tranquilising deer to move them doesn’t work (50% success) and then inexplicably says this would probably be illegal to do.  If the law says that killing creatures is better than moving them, then it is time to change the law.

Humane options – the SNH suggest ‘frustrating’ deer – remove gorse, implement other measures, yet our officials rejected these proposals.  Again, no recourse to the citizens here.

‘Visual Impact’ of tree protectors they are ruled out – The City told SNH that it would not be using tree protectors on the grounds that they might blow over, creating litter – and because they ‘have visual impact’.  The visual impact of something is a personal, not a scientific, issue.  It is not sufficient grounds to condemn a population of deer to death.

“there is the issue of reducing available habitat for deer and the fact that we would consequently expect a reduction cull. You have also decided not to use tree guards due to the visual impact and the likelyhood of these being blown away, possibly damaging trees they are meant to protect and creating a littering issue.” – James Scott , SNH

Without any regard to consultation, someone at the City has given this and other reasons leading SNH to conclude the deer should be culled.  No one wanted to ask the citizens if we’d rather look at tree protectors (which cost money), or have the trees elsewhere in order to save deer.  But the City and SNH were interested in keeping us in the dark….

Keep them in the dark – SNH actually says that an advantage of using contracted deer shooters is that it might distance the Council from the act:

The Aberdeen citizens should also be managed with care – with a ‘robust communication plan:-

“Having visited the site I am content that appropriate deer management can occur in a safe manner. Communicating this to access takers and the wider public may be more of a task which will require a robust communication plan. I would suggest that a suitable deer management plan will help in this regard and I am more than happy to offer assistance in this” – James Scott , SNH

It seems as if the ‘robust communication plan’ is an indication that some people might not like deer shot to save money.  If a cull were needed for welfare reasons, a reasonable person might not like the idea, but they would understand.  It seems that as no logical reason except cost savings exist for this cull – otherwise there would be no need to keep it out of the consultation or to have a ‘robust communication plan’.

Phase 2 Consultation:  No options given 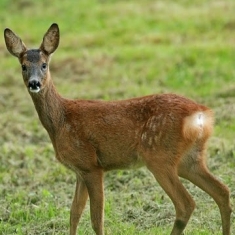 The Consultation which resides on the Aberdeen City Home page gives the reader no idea whatsoever that any of the above plans and processes were in place.
See: http://www.aberdeencity.gov.uk/Consultations/ArchiveConsultations/cst_tree_every_citizen.asp

There is no mention of the vandalism – only of the success of Phase 1.   The word ‘deer’ does not get so much as a single use – yet it is now clear that a cull was in the cards.  The trees are meant to start ‘making money’ in three years’ time – if there is a plan to turn Tullos into a timber yard, we haven’t been told.

A mix of private and public money is paying for this.  Public money is your money and mine – this makes it doubly scandalous that the City chose to deliberately hide mention of the deer cull.  We missed our chance to object to the consultation because of this omission – and as the petitions circulating attest – there are thousands of people who would have liked to have had the choice.

Questions for the Council

It is up to the Council – In particular, Aileen Malone, The Housing and Environment Committee, and whoever else was  involved in the details of the Tree Planting scheme – to supply answers to a few questions arising:-

Thankfully animal activists, citizens of Aberdeen and people around the globe have become involved in campaigns and petition creating to stop this senseless slaughter.  Concerned people should contact their local Community Council members, the Housing and Environment Committee, Committee convener Aileen Malone, and other elected representatives to ask for answers to these questions, and to demand an inquiry into the consultation’s management, and to request a new, honest one.

A civilised government would want to put any cull on indefinite hold until this affair is cleared up.  Deer should not be slaughtered because people in government don’t want to spend money – and given the involved Councillors’  amazing ultimatum: raise funds for fencing, or we shoot animals – is it time for some changes in their number? 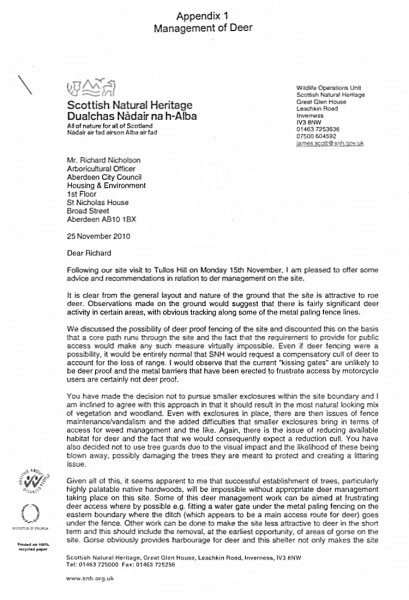 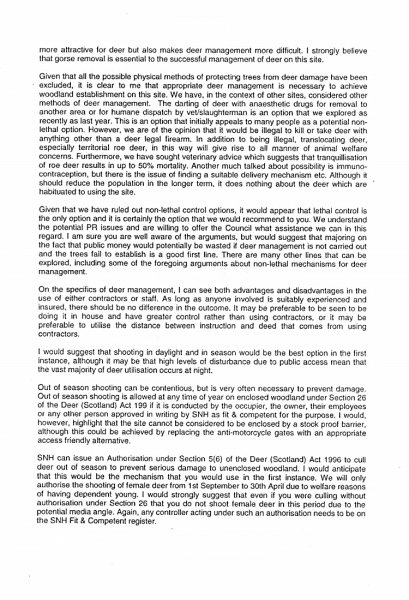 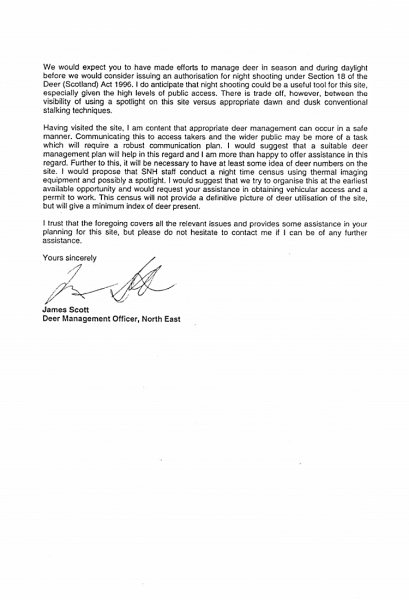 No Responses to “Shhh! – Don’t Mention The Pre-planned Deer Cull”