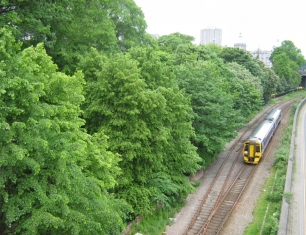 The controversy over Union Terrace Gardens shows no sign of abating. The proposed scheme to replace the Victorian city-centre park with a three-storey building and a modern roof garden is still causing outrage in Aberdeen. The plans have reached the stage where an architectural competition is to be launched at some time in the next two months.

The city square bosses are currently working on the design brief for the competition, a document which they hope to get out by mid May.

I understand that a key issue is to try and find a use for the three-storey building that could potentially fill in the site of Union Terrace Gardens. Given that the Gardens extend over 2 ½ acres, the floor space provided over three levels will be significant. According to the technical feasibility study this is estimated to be about 56,000 square metres.

By comparison Union Square, according to Wikipedia, has a total retail space of 65,000 square metres. Although I’m told there will be some commercial activity in the building, this will not apparently be on the scale envisaged in the technical feasibility study for the project. For instance, although it is possible that there will be a car park, this may not be the two-storey 490-bay car park as detailed in the study.  I’ve been told that the main use of the building is to provide a civic and cultural centre including potentially a public meeting place, a heritage museum, art space, a concert hall, along with entertainment and sports facilities.

Although superficially this may sound attractive, one can already anticipate  some major problems. One big headache for the city square bosses is that the design brief will have to give a reasonably detailed idea of what the building is to be used for. And that’s a lot of space to fill given the civic and cultural remit.

The problem is that Aberdeen already has many of the facilities that the City Garden Centre is supposed to house. It is difficult to see the City Square getting  a major conference or concert facility as this would compete with the Exhibition Centre, a building that the Council would be most reluctant to close as this would land £28M of debt onto the massively-strained revenue budget.
See: http://www.pressandjournal.co.uk/Article.aspx/1594201?UserKey=

Providing an art space is not without problems either. The Aberdeen Art Gallery is almost next door and there are already plans to build an extension to the gallery to provide extra room.   Peacock Visual Arts have so far refused to be part of the city square project and it is difficult to think of who else could get involved at this stage. His Majesty’s Theatre is immediately adjacent and an additional major drama venue also looks to be superfluous at this location.

Would the Council encourage the rehousing of institutions such as the Music Hall, the Lemon Tree, the Aberdeen Arts Centre and the Belmont Cinema just in order to find something suitable to fill the large space available? Then another question is as to whether the Council would be prepared to fund any new cultural activity in the City Garden Centre?  Given the current calamitous state of the revenue budget, it is difficult to see this happening in the short to medium term.

Yet another problem is anticipated for the City square bosses later in the year. Once the designs come back from the competition, one of them will have to be picked. Councillors have been told what is likely to happen. Initial submissions will be shortlisted to around 25 entries. A jury comprising technical experts and community representatives will pick five of the designs. 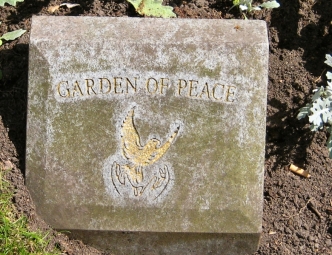 These will then go on public display and the public feedback will be considered by the jury when ordering the preference for each of the five designs. The recommendations of the jury will then go to the City Square bosses who will in turn recommend a preferred option to the Council.

The Council will then vote on ratifying the final design at a meeting in December. If by this stage the public consider that their views on how the centre of Aberdeen will look are not being taken very seriously, they would be right. And not for the first time either.

Meanwhile, Councillors opposed to the City Square have forced an emergency debate on the gardens controversy.

They want the problems over the Peacock grant to be investigated. They are also asking for the City Square to be rejected on the grounds that it damages the city’s heritage and that it would have serious financial implications and risk for the Council in the years to come. No date has been fixed for the debate as of writing but it should be held by the 8th April.
See: http://www.pressandjournal.co.uk/Article.aspx/2197558?UserKey=

A pro City Square campaign has just been formed called ‘Just Imagine’. The leader of the group is Michail Tzouvelekis, co-convenor of the Grampian PR Group an organisation for public relations practitioners, professional communicators and PR and communication students in the Aberdeen area.

According to the group:

“A number of concerned locals from all backgrounds and ages have spoken out against objectors to the City Garden Project ‘who continue to promote inaccurate messages’, as they believe they are over-shadowing the huge but largely silent support for it.”
http://www.pressandjournal.co.uk/Article.aspx/2198685#ixzz1I1A8ttBv