Last week, as a way of remotely pulling the Chinese chain on his way to the G20 in Seoul, American President Barack Obama said to an Indonesian audience “prosperity without freedom is just another form of poverty”. 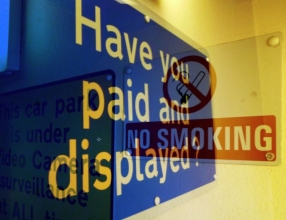 I have recently been asked to consider just where it is that Aberdeen (the town where I live) is going wrong. This question has been posed to me and others in the context of the visible decay in the urban environment of the town, the deterioration of some aspects of its infrastructure and services and the perception that – in the context of a political sphere which is perceived as weak or incompetent, intransigent or complicit – business interests are poised to mount a putsch on the civic space in favour of their own vested interests.

A common enough phenomenon but one that is novel in living memory in Aberdeen, at least in the shameless, nakedness of its ambition.

These phenomena first started manifesting themselves a couple of years ago. At that time my wife and I decided that we did not much like the way the wind was blowing and we considered leaving. We set about saying goodbye to Aberdeen. We did not know it at the time, but what we embarked upon was a process of psychogeography, which allowed us to uncover more of the truth of the real shape which Aberdeen’s in than the easy-to-level “j’accuse” which so many simply point at Aberdeen City Council.

The Oil and Gas industry makes up almost a quarter of our economy in the North East of Scotland. It employs around a fifth of our workers. According to Aberdeen City Council, at current rates of extraction, the currently proven reserves will be effectively depleted by 2016. We do not need to read far between the lines of the local press to understand that this is a source of palpable insecurity at development agency and Chamber of Commerce level. So what else is there? There are no more primary sector resources to extract. Once we dug value from the igneous stone beneath our feet, at present we sook it from beneath the seabed. These fountainheads of value are now depleting fast if not already depleted.

According to Aberdeen City Council, at current rates of extraction, the currently proven reserves will be effectively depleted by 2016

There is much talk of supporting retail development in Aberdeen – in a sort of  beggar-thy-neighbour attempt to pull demand in from the hinterland and as far away as Dundee and Inverness. But we cannot just hope to continue shopping on tick, unless we simultaneously create value elsewhere in the economy.

Luxe retail being an example of what economists call a ‘sink sector’ (munitions being another) whereby excess value is drained from an economy. That is assuming there is excess value.

I also have a sneaking suspicion that this support for retail (which includes big-ticket city-centre road projects like the Berryden Corridor urban dual carriageway) is beginning to look like a bit of a cargo cult. We are like the Melanesian tribes people   who after the 2nd World War built bamboo control towers and palm-frond landing strips in the hope of attracting down from the heavens their own supernatural Dakota freighter-planes full of goods from the gods. Like the cargo-cultists we ape and adopt the signifiers of economic success and affluence in the hope that that this will make that very economic success somehow arrive. “If you build it they will come…”.   It is putting the cart before the horse. Some of the projects we see being proposed are therefore, in my opinion, wrong-headed as they seek to create the omega-point of wealth creation, without noticing that first there is a whole long process of boot-strapping to be done in adding value before that value can be exploited by luxe retail and leisure. The cliché is “all fur coat and nae knickers”. But if the right conditions are in place to make the engine of capitalism hum, then the potential for wealth creation creates the jobs which will then in turn create and sustain the ‘lifestyle sector’,  which includes luxe retail, catering etc. 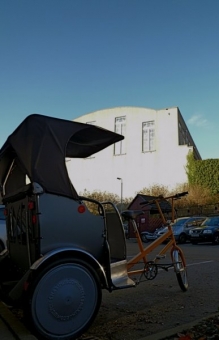 It is easy to be cynical, and we should applaud efforts by national and local government along with development agencies and industry bodies to initiate a renewable energy industrial sector in the area. Getting a significant portion of this sector to ‘anchor’ here would be a source of continual endogenous (self-generating) economic growth.

But almost by definition, such an industry will be orders of magnitude less capital intensive than oil and gas. Meantime, we see sink-sector cargo-cult (City Square, Trump Links) projects gaining much more prominence and promotion.

On a larger canvas, we are about to live in a time of transition. The transition away from debt-propelled consumerism is underway and the impact on the UK’s retail sector and its supply chains has already been severe.

However, to concentrate on national performance is a bit of a red herring. It is in the arena of cities and their relative strengths and attractiveness in retaining both finance capital and human/intellectual capital that we will see both the positive and negative effects of the transition which is already underway. We do not need to ask how the UK will compete with India; we need to ask how Aberdeen will compete with York and Lubeck, Cork and Ljubljana.

For cities that have a diverse economic base, a reduction in highly skilled roles will be difficult in the short term, but these highly skilled knowledge workers tend to be flexible and able to seek (or create) employment in other industries – the Work Foundation calls this ‘flexicurity’. For cities that have specialised more heavily, there are dangers that the transition may impact productivity and employment levels significantly without there being alternative industries for those workers to move into. In Aberdeen, we will be hit simultaneously by both resource depletion and wider economic rebalancing.

The question for us should be: “How much flexicurity is there in the Aberdeen economy?” We have become trapped by the easy money from Oil and Gas that has denuded the rest of our economy. Our local economy has lost its diversity and freedom of movement. “Prosperity without freedom is just another form of poverty”.

Next week, in part 2 of Going Wrong, Alan Gatt looks at how Aberdeen may be affected by The Dutch Disease, Affluenza and Hyperreality.