The audience enjoys a Hewitt anecdote 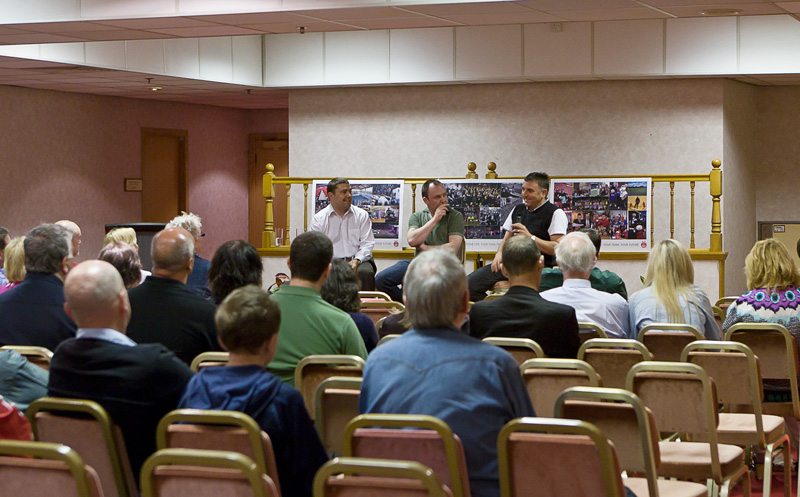