Stuart Donald signs a copy of his book. 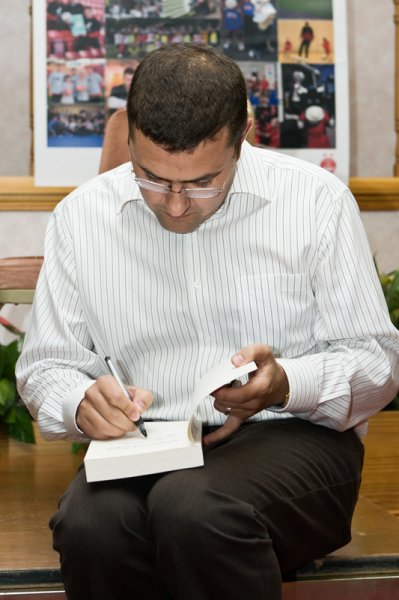