By Catherine Wilkinson. Pictures by Rebecca Dunn and Caspar Lampkin. 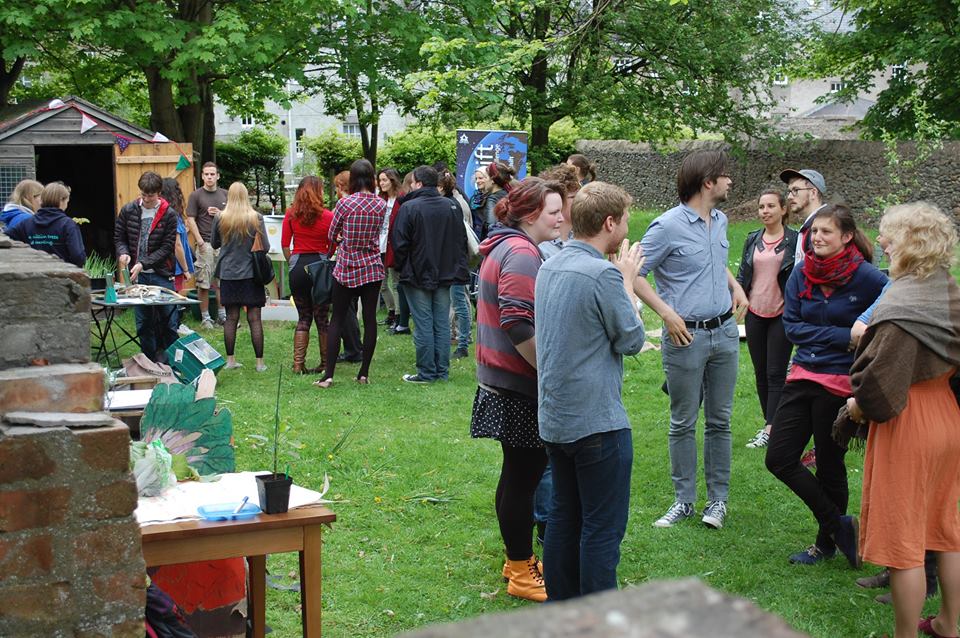 The Student Garden Committee are seeking University of Aberdeen students interested in creating a green space in the heart of the Old Aberdeen campus.

The ‘Secret Garden’, located beside the Butchart Building, was recently acquired by the university’s Environment and Ethics Committee but has remained relatively unused since then.

Our vision is to shape this space in to an area to grow vegetables for potential use by our cafes; where wildlife can thrive and students can relax – a garden shaped by students, for students.

We are keen to find more students to join our committee, to put forward their ideas and help out as much as they are able to, to put ideas in to action.

Projects that we are getting started with are: composting, preparation of vegetable beds, making bird boxes and feeders, and completing a greenhouse made entirely from plastic bottles.

If gardening is really not your thing, we’re also looking for people to make signs, leaflets and help publicise the gardens to fellow students. The shed is also looking a little sorry for itself and is in need of a good layer of wood preserver so if any arty students would like to come up with a design to decorate the shed with, please get in touch.

As we have a very limited budget, we would also be extremely grateful for donations from anyone (not just students) of wood and offcuts for making bird boxes and raised beds, gardening and basic DIY tools, and empty, clean 2 litre plastic bottles for our greenhouse.

If you are currently a student at UoA and are interested in finding out more about our committee meetings and the gardens, or you would like to donate any materials to us, please get in touch.

A date has been confirmed for the 19th Aberdeen Asset Management Universities’ Boat Race. With thanks to Jennifer Kelly.

Victors of the 2013 Aberdeen Asset Management Universities’ Boat Race battle, Robert Gordon University, have challenged AberdeenUniversity to race for the 19th time on Saturday 1st March 2014. Competing for victory, the rival Universities’ will meet on the River Dee at 13.45 for the much anticipated annual sporting event.

For the past six years she has been studying Medicine at Aberdeen University. Gillian, 21, is from Melrose in the Scottish Border and moved to Aberdeen to study Forensic and Analytical Science at Robert Gordon University.

On race day, the banks of the River Dee were lined with supporters dressed in yellow and blue (AU), and purple and black (RGU). Following last year’s colourful success, the ‘Show Your True Colours’ campaign will be continued to encourage as many people as possible to give visual, and vocal, encouragement to both crews.

Lauren comments on the annual battle:

“This may be my first year as president but it’s my third year involved in the Boat Race and I am determined that through hard work, fun and good camaraderie, I can lead my crew, and ultimately Aberdeen University, to victory for the 15th time. For the second year running it would be magical to see the bank lined in yellow and blue.”

Gillian responds by stating that:

“It’s only my second appearance in the Boat Race, but for 2014 I think Robert Gordon University has the upper hand. We’ve already had a two year winning streak and together, I’m certain that we can make it a hat trick. Local support means the world on race day and we hope to see everyone cheering us on at the Boat Club dressed in our purple and black university colours.”

The race takes place over a 3.5km stretch of the River Dee in Aberdeen between the Bridge of Dee and the Aberdeen Boat Club. In 2013, RGUBC won the race by two and a half lengths in a time of 8 minutes, 18 seconds. To prepare for the March race, both crews have already undergone months of gruelling training, including 6am starts on the river.

Each of the 18 rowers and accompanying coxes will take just under 300 strokes to complete the race, pushing their physical and mental endurance to the limit.

“The turnout for the 2013 race was superb, with more supporters ‘showing their true colours’ than ever before. Aberdeen Asset Management is proud to back a major sporting event in the city of Aberdeen that receives such enthusiastic local support. The young, athletic talent showcased each year never fails to surprise me and I’m sure 2014 will be no different. Our continued support of the boat race stems from the company’s roots in the Granite City and now, in its 19th year, it continues to be an extremely popular event.”

Follow the 2014 Aberdeen Asset Universities’ Boat Race and show your true colours at www.facebook.com/AAMBoatRace and at https://twitter.com/2014BoatRace. 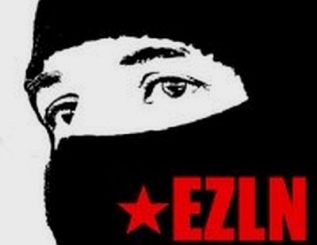 Mike Valance has spent time in the Chiapas region with the Zapatistas and has a detailed knowledge of the workings and history of the movement.

He will be selling a selection of goods produced by the Zapatistas after the event, the proceeds of which will help fund various projects in the autonomous Zapatista zones in Chiapas.

Background: On the day the North American Free Trade Agreement (NAFTA) was due to be implemented in 1994, a guerrilla force calling itself the Ejército Zapatista de Liberación Nacional (the EZLN, or ‘Zapatistas’), stormed five towns in Mexico’s Chiapas, taking the Mexican government by surprise. The Mexican army promptly deployed 15,000 troops in Chiapas to crush the uprising, resulting in the deaths of hundreds of civilians and the execution of dozens of Zapatista prisoners.

The influx of Mexican troops was matched, however, by an influx of journalists, political activists and human rights workers from all over Mexico. News of the rebellion, and of the living conditions of many of the indigenous people, swiftly filtered out via the media and solidarity demonstrations subsequently took place all over Mexico, North America and the world.

Mexico’s business and political elite was terrified of the effect of the uprising on their NAFTA trading partners, and within 12 days a ceasefire was called with negotiations due to start in early February 1994. Mike will explore those beginnings and discuss the progress the movement has made over the last 18 years.

For more Info on the Chiapas Solidarity Campaign and the Zapatista Movement please see: http://edinchiapas.org.uk/about_chiapas

The talk takes place on Sunday 09 December from 2pm at Belmont Cinema Café.