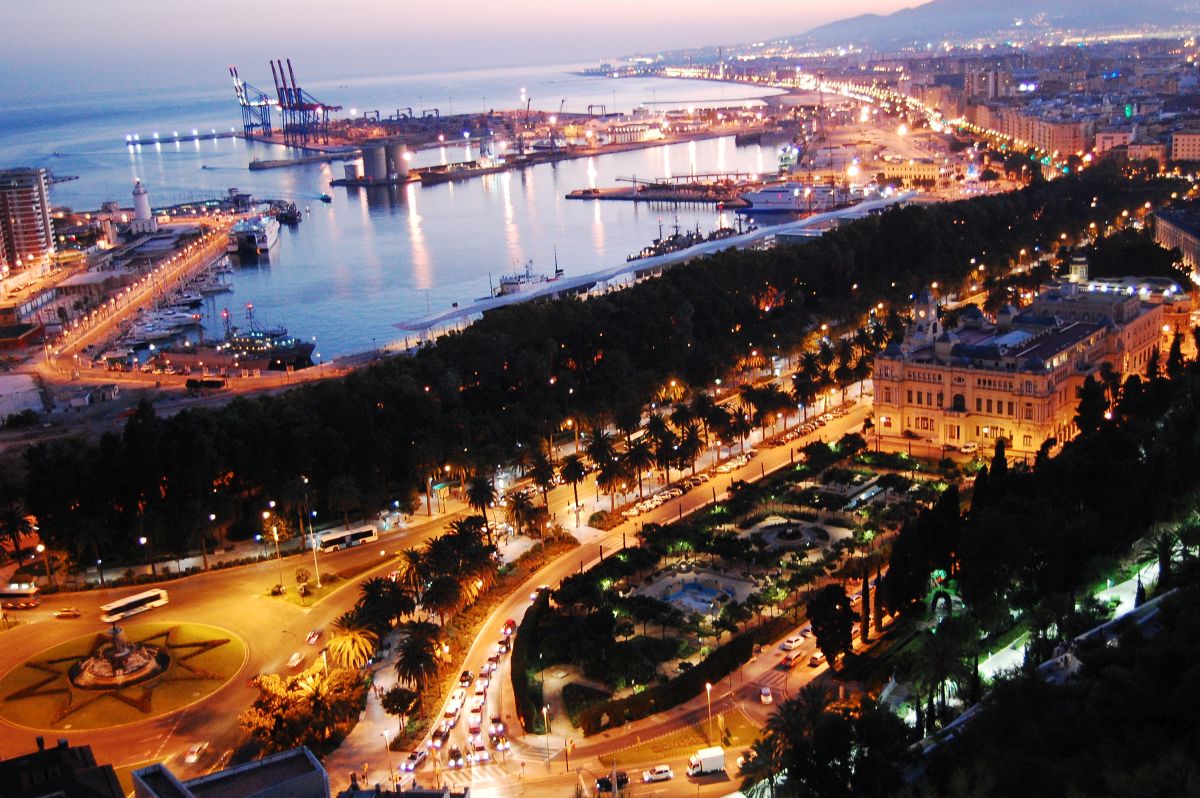 When in December Aberdeen Harbour Board’s Chairman Alistair MacKenzie signed the contract with Dragados’ representative in Scotland – Daniel Paunero Alonso – to build the harbour’s £350 million expansion into the Bay of Nigg, it was the culmination of an an idea which had been conceived six years earlier.

Against stiff local opposition, with multiple planning and maritime applications to overcome, and complex loan agreements to negotiate, Chief Executive Colin Parker, the Chairman, and his fellow Board members must have breathed a huge sigh of relief when finally reaching the stage where building could commence.

But Daniel Alonso would have had a smile on his lips too. He had helped secure a huge contract for his firm in his operating region of Scotland.

Three years earlier, Daniel’s star wasn’t shining so brightly. In October 2013 in his then capacity of Manager of Dragados in Spain, together with Sanchez Domines, President of Dragados’ parent company Sando, he was summoned to testify as a defendant in a tribunal case in Malaga. The pair’s presence was required to answer allegations of irregularities in projects undertaken by the two companies at the Port of Malaga in 2008.

The Port was claiming losses amounting to a total of €5.3 million as a result of work carried out which subsequently proved not to be done to specification. The prosecution in the case, which is still ongoing after 5 years of investigation, is demanding a total of 26 years of imprisonment for 5 directors and engineers of the two companies for the crimes of document falsification, embezzlement and fraud.

Is this important as far as the Harbour Board is concerned?

Well, it may be the end of the planning and approval stage, but it’s only the beginning of what will be, at a minimum, three years of construction. Entrusting Dragados with this major project should mean that the Harbour Board has exercised due diligence in satisfying itself that the company has a sufficiently impressive record to give them confidence that the construction will be completed on time, on budget and to the required specification.

Is it possible that in their haste to ensure that planning, financial and contractual matters all fell into place, the Harbour Board, inexperienced in awarding such a large contract and struggling to raise the necessary finance, were overly hasty in agreeing a deal with Dragados, lured by the most attractive tender price to the exclusion of other considerations?

Had the Harbour Board investigated the details of the problems in Malaga, they would have found that there were two projects that ran into problems after their completion.

what happened in Malaga should, at the very least, have sounded a warning bell or two

The first was at the South cruise ship mooring in the Port which had been built in a joint venture between Sando and Dragados. Following a slight collision with the mooring by a cruise ship in 2008, an investigation into the damage to the pier established that fewer, and thinner, pilings had been used in its construction than had been specified.

In this case a State General Inspection concluded that the discrepancy in value between what was paid for by the Port and what was built by the two companies amounted to €1.8 million.

The second project which ran into trouble at the Port was at container dock no. 9. This was also a joint venture with Sando, but in this case Dragados was the leading partner.

After a particular vessel was unable to access the dock, it was discovered that the excavated depth of the mooring was less than had been specified and, additionally, that debris had been dumped in it. In this case the discrepancy between what was charged for by the companies and what was delivered was estimated at €3.6 million.

In addition to these very specific problems with a failure to build to specifications, there were also in both cases significant cost hikes.

From the perspective of Aberdeen Harbour Board what happened in Malaga should, at the very least, have sounded a warning bell or two. Of course it is true that Dragados have been involved as contractors in many major projects without landing in court as in this highlighted case. But globally their record of completing projects on time and on budget where they are a major contractor on very large projects is very patchy [1].

By giving Dragados the major responsibility for a £350 million (budgeted) project (almost 10 times as much as the budgets for the two Malaga projects combined), has the Board considered a) the likelihood and b) the implications, of a cost increase and/or a delayed completion time?

Let’s say there was a 20% increase in costs and a 30% increase in construction time. Can the Board finance, for example, a £420 million project which takes four years to build instead of three?

Even if they can, will future business be able to service the loan or will the cruise ship and decommissioning markets prove to be elusive in the face of aggressive competition and a possible severe economic downturn? The combination of a cost escalation, a delayed completion date and a continuation of the oil downturn in the North Sea could prove to be a fatal combination for the Harbour Board’s ambitions.

This article does not accuse Daniel Alonso of being complicit or having any knowledge of the failings in the two projects in Malaga and perhaps not too much should be read into the fact that he is now in Scotland rather than managing the company’s home territory.

But it seems extraordinary that with so much at stake, the Harbour Board is totally reliant on a company which has proved in the past that its management team failed to ensure adherence to specifications on two major harbour projects and exceeded budgeted costs so spectacularly.

Historically, one of the benefits to local communities of Trust Ports has been that no profits are dispensed to shareholders. That has meant that all profits have been re-invested in port improvements to help increase traffic and enhance local economic activity, as indeed has been the case with Aberdeen Harbour Trust until now.

But the absence of shareholders can have an adverse effect when projects that require external financing are considered. Because there is no financial risk to any individual Board Member or employee, the Board is in a position to back projects knowing that it is risk-free from their own personal perspective. That same phenomenon was responsible for the reckless trading by bankers prior to the 2008 crash.

If this project fails badly, either because of delays, escalating costs, unpredicted market conditions, or a combination of all three, the individuals who currently comprise the Board and the Executive will quietly retire (Chief Executive Colin Parker has already announced his imminent retirement), leaving a badly crippled Trust Port to recover from a gamble which didn’t pay off.

The residents of Torry who opposed the harbour development in the Bay of Nigg did so because of the loss of the Bay as an amenity, and the resulting general degradation of the local environment through increased traffic and pollution.

Whether the harbour would ultimately prove a commercial success or not has not been a major consideration. But now that it appears about to become a reality, I’m sure the concensus will be that if the Bay is to be lost it should at least be for very tangible benefits for Aberdeen and the wider community.

It would be a cruel blow indeed if the Bay was sacrificed for a speculative project which ultimately proves under-utilised and a financial millstone to the Harbour Board, and the Bay of Nigg is destroyed for no useful gain.