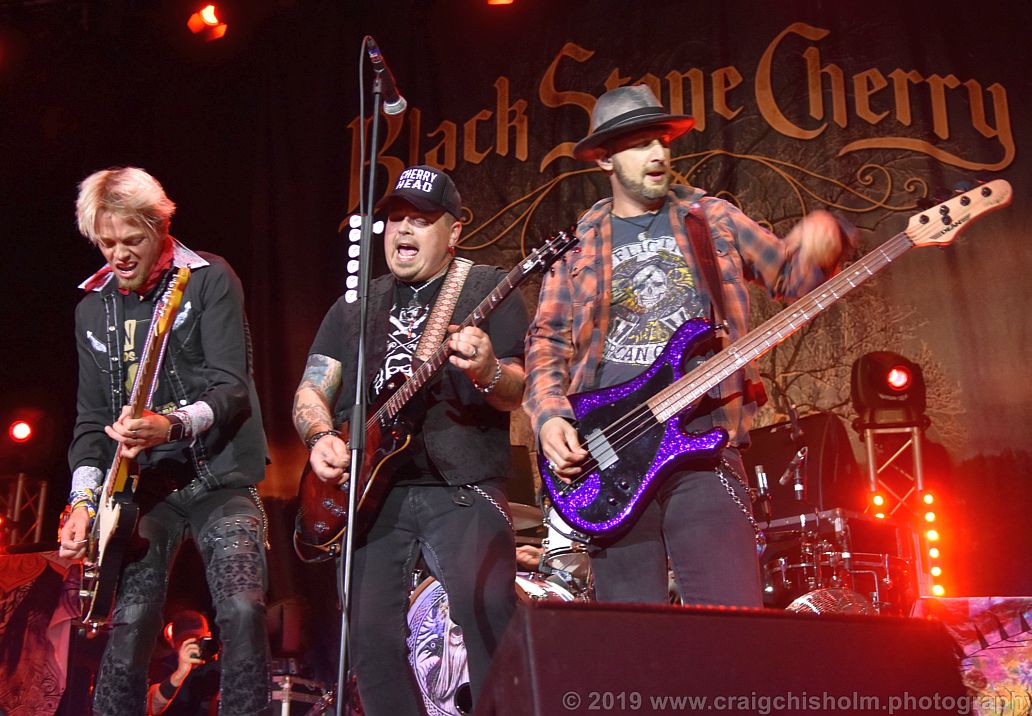 A bit of the Deep South came to the Far North as Kentucky rockers, Black Stone Cherry took their Family Tree tour to the Music Hall in Aberdeen.
The sold out date could almost be described as an intimate show as the band are more likely to be seen in much larger venues nowadays.

Dates last year included a headline slot at the cavernous Hydro in Glasgow and as main support to the mighty Guns n’ Roses at the 80,000 capacity Download festival.

Just days after their trip to the Granite City and they are, in fact, headlining another festival, the Ramblin’ Man Fair, in front of 15,000 adoring fans – 10 times the number that are packed liked sardines into tonight’s sold out show. But before the band take to the stage there’s the matter of a couple of up and coming support acts for the crowd to digest.

Coming on stage as the stragglers are still filtering through the main doors of the venue were another set of Kentucky rockers – the hirsute, rootsy rockers, Otis. Their short 30 minute set was a mix of blues and classic rock heavily sprinkled with lots of Southern fried boogie.

In front of a surprisingly busy Music Hall – considering the early stage time – they won over the crowd quite easily with their infectious rock n’ roll. Definitely a band to watch out for in the future.

Next up, The Kris Barras Band are a heavier proposition. The Devon born guitarist plays stripped back, no nonsense rock n’ roll. Searing bluesy guitar solos and raucous, soaring tracks showcase his talents and undeniable skills.

Judging by the amount of t-shirts bearing his name in the audience then the time to watch him is now, with no waiting around for the future. With a new album out in September expect to see more coverage of him and his band in the press and airwaves and, crucially, in the live environment where he belongs. 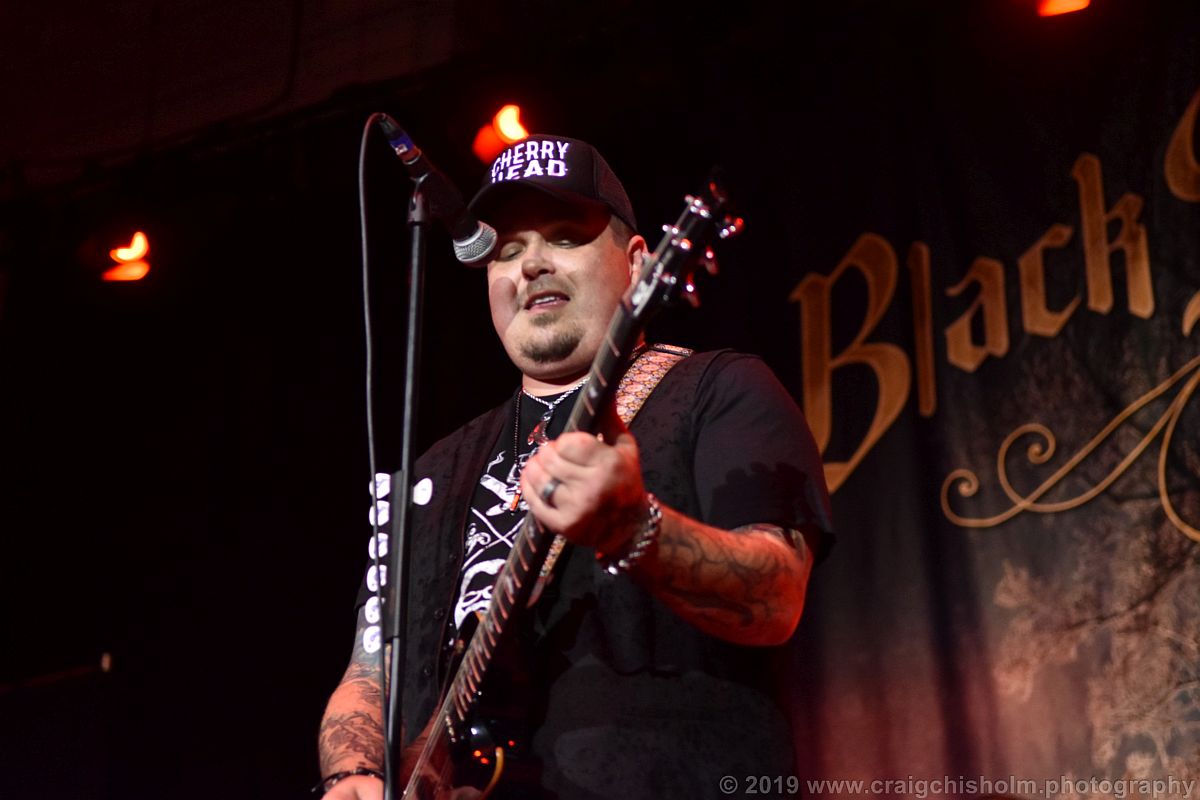 Black Stone Cherry come onstage to a rapturous reception by the devoted audience.

Opening with the thunderous ‘Me and Mary Jane’ the band plough through a 16 song set that lasts an hour and a half and doesn’t let up at any point.
The energetic first few songs see guitarist Ben Wells and bassist Jon Lawhon run around the stage hyperactively, swapping sides and hanging over the crowd, working them into a mad frenzy.

Lead vocalist and guitarist Chris Robinson has to raise his voice to be heard over the adoring crowd who sing the songs word for word. And, stage rear, drummer John Fred Young tosses and catches his drumsticks in the air but anchors the maelstrom with his thunderous rhythms and pin point accurate beats.

After a few songs the band have to catch a breath, lest they collapse with exhaustion. He tells the crowd that they headlined a show at a castle in Wales last night and they wondered how they could top that tonight but, as he says:

“We remembered we were coming to Scotland.”

This wins over the crowd even further – not that they needed to by this point – and sets the tone for the rest of the show.

They’re a band that care about their fans and engage with the crowd.

There’s plenty of clap-a-longs and call and response interaction. They even call out, by name, a fan in the front row that had been petitioning online for them to start playing a deep cut from an old album – and, of course, they play it live tonight for him.

Songs from all eras of the band’s history are played – from 2006’s eponymous debut right up to the latest album ‘Family Tree’. 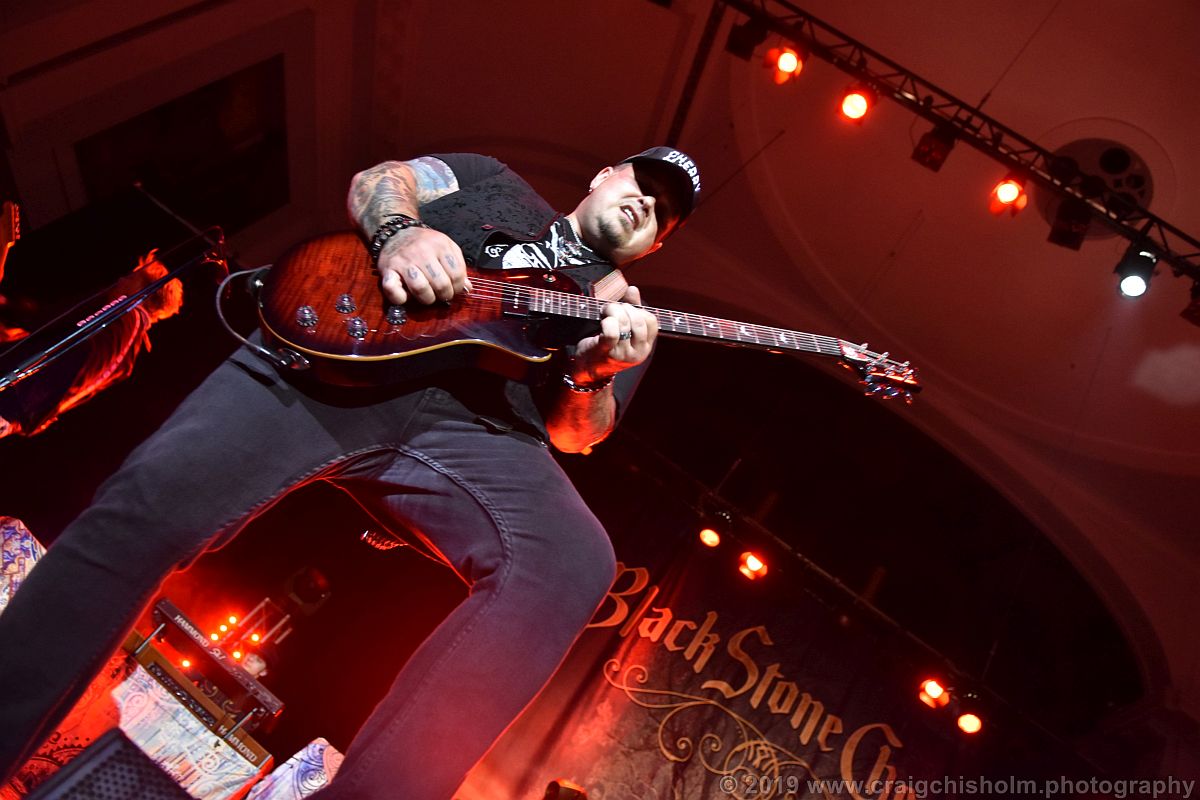 A rollicking cover version of Johnny Cash’s ‘Folsom Prison Blues’ is segued seamlessly into from their own track ‘Hollywood in Kentucky’ and massive singalongs such as ‘Blame it on the Boom Boom’ are dispatched flawlessly and confidently in front of the awe struck crowd.

It’s a triumphant performance by a band at the peak of their powers –and the there’s no doubt the adoring crowd realised this and appreciated it accordingly.