Instead of the religious committee members, Barry and Kenneth
believe that the positions should be filled by young people, who can be taken from democratically elected bodies such as the Scottish Youth Parliament or the Aberdeen City Youth Council.

“It is not correct in 2013 to have religious figureheads – who nobody elected and many disagree with – to be making decisions about school children.

“I firmly believe that multiculturalism should be a key part of religion in faith in school, however, this in no way makes it appropriate to have unelected people deciding the budget and crucial decisions for schools.

“The majority of young people have no affiliation to religion and by only selecting religious representatives from a faith with a ‘place of worship,’ minority faith groups and those who do not follow religion are not represented.”

“We have officially recognised youth groups at both national and local level – it would be a much better idea to utilise an elected young person to give input in to their education.

“Young people should be empowered to make decisions about what matters to them.”

The view of Barry Black, Aberdeen Youth Councillor and youth link for Friends of Sunnybank Park.

Scottish SNP Justice Minister Kenny MacAskill, said in August 20, 2009, “For these reasons [Cancer will kill him within three months] – and these reasons alone – it is my decision that Mr Abdelbaset Ali Mohmed Al Megrahi, convicted in 2001 for the Lockerbie bombing, now terminally ill with prostate cancer, be released on compassionate grounds and allowed to return to Libya to die.” END_OF_DOCUMENT_TOKEN_TO_BE_REPLACED 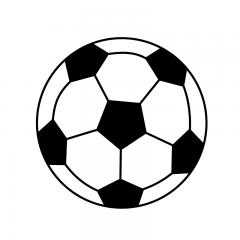 The world watches on.

More than half the earth’s population will tune in to watch or listen to the World Cup, from New York to Sydney and London to Beijing. The world’s starlets display their skills as all set out to prove they’re the best. The cameras show off the glitzy new stadia of the host country. As the world focuses on South Africa this year, it will be no different. Considering the joy and happiness it brings and the revenue it produces, it can’t be a bad thing, can it?