Debates on what is and what is not Racism abound on Facebook, recently involving a former Aberdeen councillor. Craig Gorman shares his thoughts. 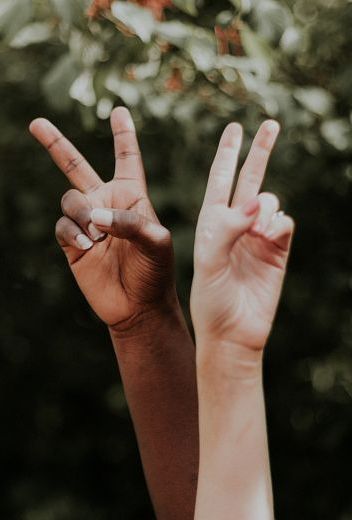 “Journalism is just a gun. It’s only got one bullet in it, but if you aim right, that’s all you need. Aim it right, and you can blow a kneecap off the world.”

Many ‘Journalists’ in our city would do well to take heed of these words.

The reaction, or rather, the lack of reaction, to former councillor Willie Young’s racist tweet, depicting a caricature of a Chinese person, wearing a rice hat, with a fortune cookie containing broken English, would suggest that we do not live in a city blessed with quality journalism.

Rather, we do live in a city served by stenographers, happy to toe the party line and serve up soft balls to the public, neither questioning nor instigative in its approach or execution.

Gone is the robust, detailed and forensic approach of John Pilger. The anger and outrage which bled onto the work of Hunter S Thompson, has been reduced to bland and flaccid copy. White hot fury has been replaced by beige, dejected acceptance.

The Evening Express was extremely reluctant to cover the matter, when informed of the tweet, they reverted:

“With regard to the fortune cookie picture, I would urge you to report it the Standards Commission to see if they consider it worthy of investigation. If they do, that would be a story that we would cover.”

Surely the position currently and formerly held by Mr Young would render this a matter of the public interest and worthy of coverage? Did no journalist at the Evening Express feel any impulse to pen an article which would eviscerate the tweet, but not the man?

Indeed, our national broadcaster, the BBC lead with the headline:

To be blunt:, the tweet was racist. The failure to capture and draw attention to this is a hallmark of how toothless, ineffectual and utterly insipid the standard of journalism has become in this country.

Perhaps I expect too much of our media.

However, the job of a Journalist should not be to provide a layer of faux impartiality, to offer a comfort blanket to those whose disposition they may offend. Or to unsettle those in power.

One would think that the newspapers actually represented those individuals and their interests over their readership.

Perish the thought that the public should have a critical and articulate voice.

No, the job of a Journalist should be to impartially appraise a situation, present the facts and then call it as they see it. At no stage should racism, intended or otherwise, be presented with a veneer of impartiality. Racism is a binary topic: It is or it isn’t. It is acceptable or it is not.

Now, not for one second do I believe, or wish others to form the opinion that Willie Young is a racist. I don’t believe for a second that he is. What I do call into question is the judgment of the man.

Once the offensive nature of his tweet had been pointed out to him, Mr Young immediately went on the offensive, belittling anyone who criticised him and further doubled down by claiming the:

“world we live in has gone mad if people think my tweet was racist in any way”.

This is not an accusation of an ‘ism’ without context nor nuance. Mr Young was continuing his year-long streak of baiting and antagonising, trolling if you will, supporters of Scottish Independence on social media.

However, so petty and gleeful was his latest attack, that his already questionable judgement failed to spot the clearly racist element of his attempt at ‘humour’.

Let’s be very clear: there is nothing ‘funny’ about racism. Casual. Explicit. Accidental. It s a cancer which is growing and gnawing away at the heart of our society.

This behaviour has a cumulative impact upon society.

Our nation and our very sense of decency has been decimated by it. Our tolerance of racism has been exposed to the world writ large, and laid bare in the most vulgar and tawdry manner possible.

Individuals like Mr Young, and those who have attempted to gaslight criticism of the racist tweet, fail to appreciate the notion what by continually defending, or perpetuating the myth that those who object to racism are ‘snowflakes’, ‘the offended brigade’ or someway implying that we should casually hand wave away racist language or actions.

This behaviour has a cumulative impact upon society. It sends the message and gives the green light for others to behave in a similar manner.

This tolerance of racism, actively allows it to take a foothold, to become normalised and overtime accepted.

As we as a people hold the door open to casual acceptance of bigotry, the further down the mire we slip of allowing racism to be the underpinning factor in our society.

Indeed, is there anyone with an ounce of honesty going to put their head above the parapets and admit that Brexit was driven by an undercurrent of racial and xenophobic hatred?

That the ugly and utterly repellent ghost of the United Kingdom’s colonial past still haunts the collective conscience of many in our nation, unwilling or unable to grasp the fact that people from all cultures and backgrounds form part of a modern and progressive culture.

Does anyone think that the impoverished working classes in many areas of England voted for the Tory party in such overwhelming numbers because they felt they had something in common with the odious Reece-Mogg?

Or are we going to be adults about this and state that the racism and prejudice found in many of these areas was the overriding factor in voting for a party which views the poor and vulnerable as nothing more than the fair and justifiable targets of an ongoing class genocide, rather than an infinity for the very policies which have killed tens of thousands of people?

we send the message to all, that it is once again acceptable to be racist

The vile and hate-filed forces which the likes of Boris Johnston and Nigel Farage have unleashed upon our society cannot be underestimated.

Indeed, a brief look at some of the posts on the AV Facebook page demonstrate that racism and intolerance are being acted upon in our country with impunity.

No longer are baseless, moronic, outbursts against Muslims or ‘foreigners’ considered something to be ashamed of.

Rather, the dregs of our society, inspired by the likes of Farage or Yaxley-Lennon, are more than happy to post memes featuring such figures as Enoch Powell, invoking his infamous ‘Rivers of Blood’ speech.

Stealth racism, posited in the form of critiques of organisations such as BLM, frequently find fault with one element of protests against racism, or to provide a defence of the maintenance of monuments to former slave owners.

On no, dear reader, in no way are these people in any way racist. Please, don’t think that.

With this, we arrive at the crescendo, the end point.

In diminishing the impact, of Mr Young’s tweet, by failing utterly to condemn racial nature of the content, we send the message to all, that it is once again acceptable to be racist – that it is acceptable to single out an element in our society to be thought of as less than worthy of our full respect.

We have lost the most basic empathy to understand that those who are different to us, whether it be culturally, racially or in their sexuality, are an equal and valued part of our culture and society.

I long for the days when racism, homophobia, Islamophobia are once again through of as bad things in this country.

Sadly, as long as we have individuals who are incapable of comprehending that such caricature portrayals of our fellow human beings are an outdated and unwelcome relic of a bygone era, I fear that we have a long way to go to fully eradicate racism from our society.

6 Responses to “A Reflection On Racism”