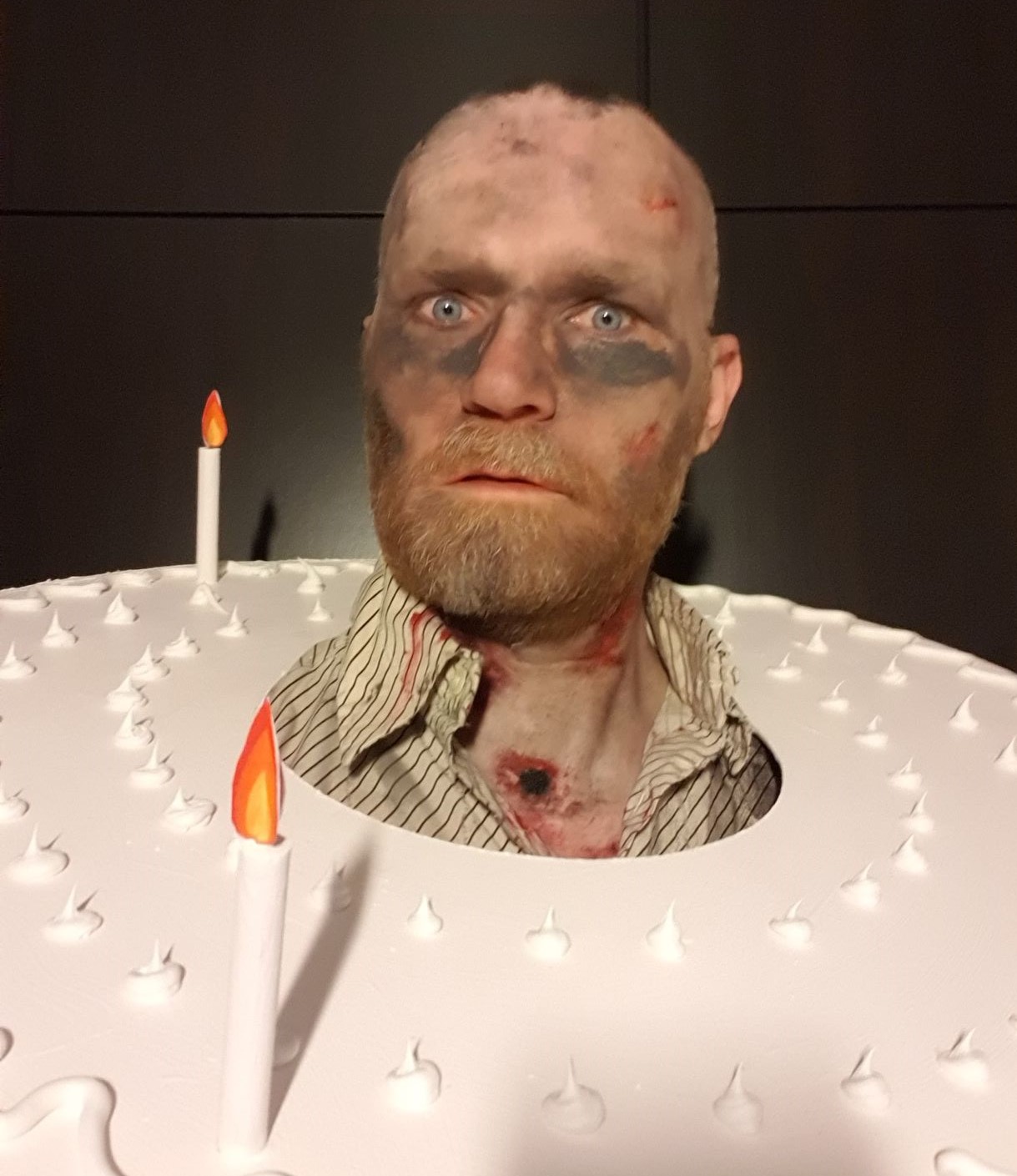 March 17 – a day that is usually given over to a stereotypical but good-natured outbreak of beer-drinking to honour St Patrick.

This St Patrick’s Day, the UK was poised to go in a lockdown to slow the spread of the deadly Covid-19 virus. James Watt, co-founder of Ellon’s BrewDog, tweeted:

“At BrewDog we are doing all we can to make it through & protect as many jobs as we can. But we, like so many businesses have lost 70% of our income almost overnight.”

In the beginning they were Watt, Martin Dickie, and a dog, selling 4 different brews at Aberdeen’s farmers’ market. They now employ thousands and have breweries in Columbus Ohio, Australia and Germany as well as their Ellon home.

From one Aberdeen Castlegate bar sprouted scores of bars on four continents. These bars are a key point of revenue – and just like that, all the UK’s hospitality sector was faced with the lockdown and all it implied.
This dog was not going to just roll over.

BrewDog first decided they would use their distillery to provide free-of-charge sanitizer for the NHS which had announced a shortage. They worked with the NHS and while the very first batch wasn’t quite strong enough (a BrewDog first), they’ve been pumping out sanitizer and packing it into any and all bottles and packages they can get. An NHS spokesman said:

“It’s heartening that firms like BrewDog are choosing to play their part, and helping protect our NHS workers on the frontline across Grampian.

“This serves as yet another example of the phenomenal support we’ve received from a number of businesses in the local community. By working together, and continuing to follow the government advice, we will get through this pandemic.”

The sanitizer is not for sale; BrewDog are now delivering some of it to North East Scotland’s nursing homes, and over 100,000 bottles have been distributed free.

While many of us were doing our part and following lockdown orders created by Boris Johnson and his advisers, he and his advisers seemed immune to these regulations they created.

BoJo shook hands with Covid-19 patients – later denying it- he caught the disease and passed it to others.

His unelected guru, Mekon-lookalike Dominic Cummings, decided that despite lockdown, despite being ill, and despite not able to see straight, he’d drive his family to stay with his dad (staying in a cottage on the property that seems to have no planning permission and for which no tax seems to be paid by the way. True: Dad owns a horse he named Barak because the horse is black and white: Racism is alive and well and in Barnard).

The country was outraged (save some Daily Mail readers) by these double-standards and all their implications. Watt told LBC Radio:

“If they’re asking the country to make sacrifices for the common good the government and its advisers should be abiding by the same rules.”

Following BrewDog’s longstanding history of ‘protest beers’ such as ‘Hello my name is Vlad’ (dig at Putin’s anti LGBT hardline actions), ‘Make Earth Great Again’ (a commentary on Trump) and more, BrewDog announced it would make a Cummings-related beer.

The name was put to a public vote, and within hours of being put on presale, ‘Barnard Castle Eye Test’ sold over 45,000 units: all profits going to the NHS hand sanitizer project.

For many on lockdown, BrewDog provides a great online social resource, the BrewDog Open Arms https://www.brewdog.com/uk/onlinebar .

Every Friday at 6pm this virtual online pub opens up for a few hours of zany fun.

“The Open Arms was started as soon as our bars shut so we could still bring our community together to be social and enjoy a beer. Since opening we’ve been blown away by the support and experience with over 100,000 people joining our sessions from all over the world.

“We now have regulars joining us every week and, due to demand, have recently changed the Friday session to be unlimited entry via streaming on YouTube Live”. 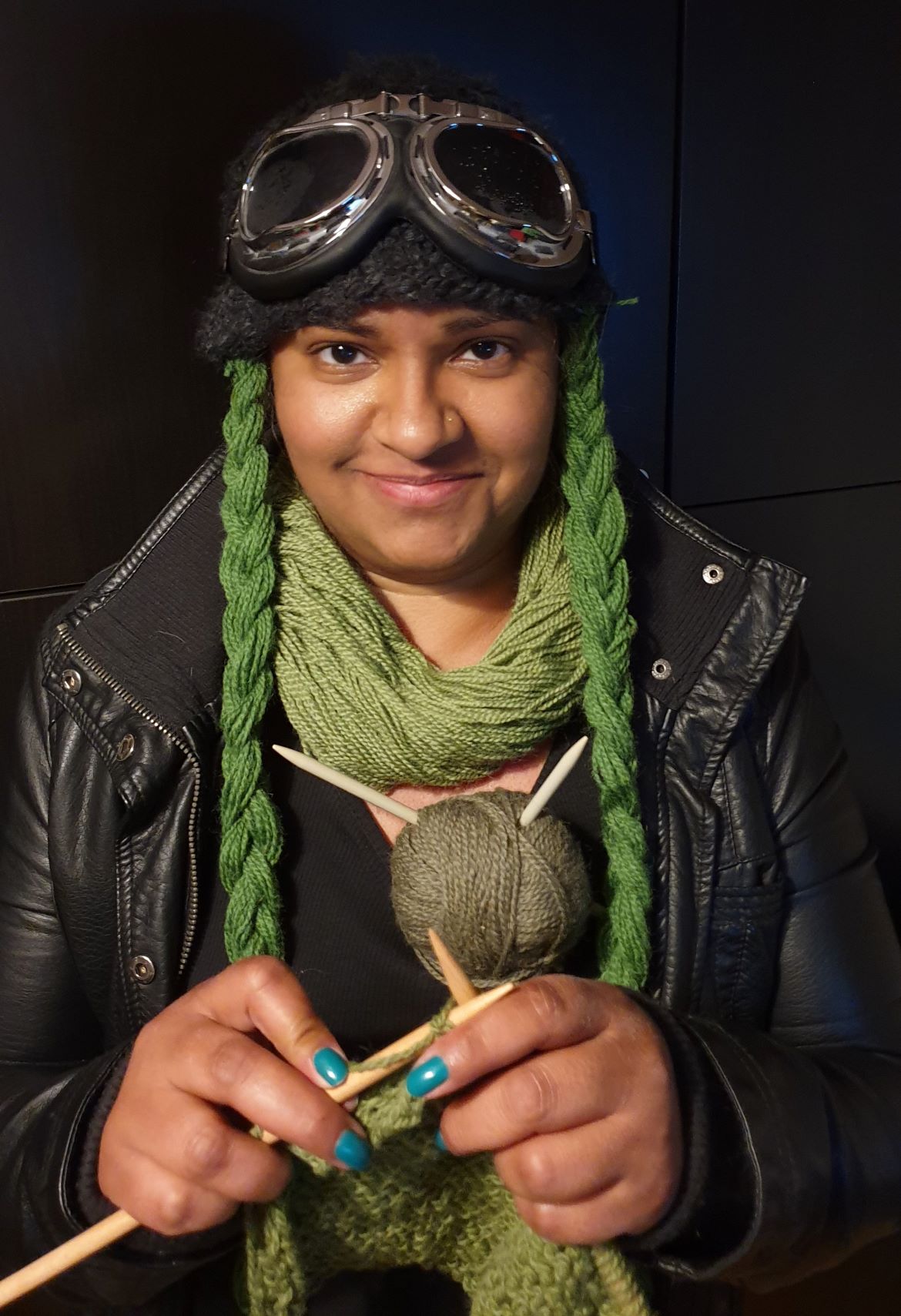 MCs Tim Warwood & Adam Gendle host the event and run a hilarious quiz with prizes randomly given out. James Watt and Martin Dickie are among the hundreds who attend. Musical guests have included Carl Barat from The Libertines and a host of upcoming talents performing from their homes.

It usually ends up with people dancing in their living rooms to the cheesiest of music, ending in Toto’s Africa (yes, really).

James and Martin announced, seemingly off the cuff that they’d give away £1,000 next week in beer vouchers for the best costume. Amanda Scott won the bar’s costume competition with a hyper-creative recreation of BrewDog’s ‘Homicidal Helpdesk Puppet’.

“I love the Open Arms Online bar…[it] lets us experience some of the vibe. We attend the Open Arms bar and afterwards we videocall each other and talk some more.

“Another reason I like the Open Arms is that I’m an introvert. This way I can take part of the experience on my own terms.”

“Since the very first week both Linz and I have been enjoying catching up with friends and other Equity Punks in the BrewDog open arms.

“So far we have learned a lot more about the creation of some of our favourite beers and spirits. Learned how to cook some amazing dishes. Painted sharks and whales with Plague Fisher.

“Most of all our Friday night highlight is the quiz and after party. It’s been brilliant to have what feels like and escape from the home without actually leaving the house.

“I hope it stays after lockdown maybe as a once monthly catch up for the international friends that we have made through BrewDog.

“Brewdog Open Arms is a great community, it’s fun to see everyone and to hear James & Martin talk about the business and the new beers and sprits they’re making!”

The Open Arms session on 29 May featured a challenge which raised a massive £3,000 for the NHS. Sessions are occasionally held on other days, featuring beer yoga, recipes, virtual tasting sessions, and even an art tutorial from Craig Fisher, whose distinctive bold designs decorate BrewDog bars and breweries around the world.

Craig, who no longer works in-house for BrewDog, said:

“It’s been an awesome way to interact with the BrewDog fans who’ve followed my work, despite the current limitations.”

While many businesses are losing revenue, while many people are worried about finances, friends and lockdown, BrewDog is coming through with helpful initiatives – and it all started on our doorsteps in Fraserburgh, Ellon, and Aberdeen.

On a personal note, I am a shareholder (as I always disclose when I write about the company) – I’ve had many proud moments as such, but how they’ve handled lockdown’s challenges, but these initiatives re-set the scale and won’t be forgotten anytime soon.