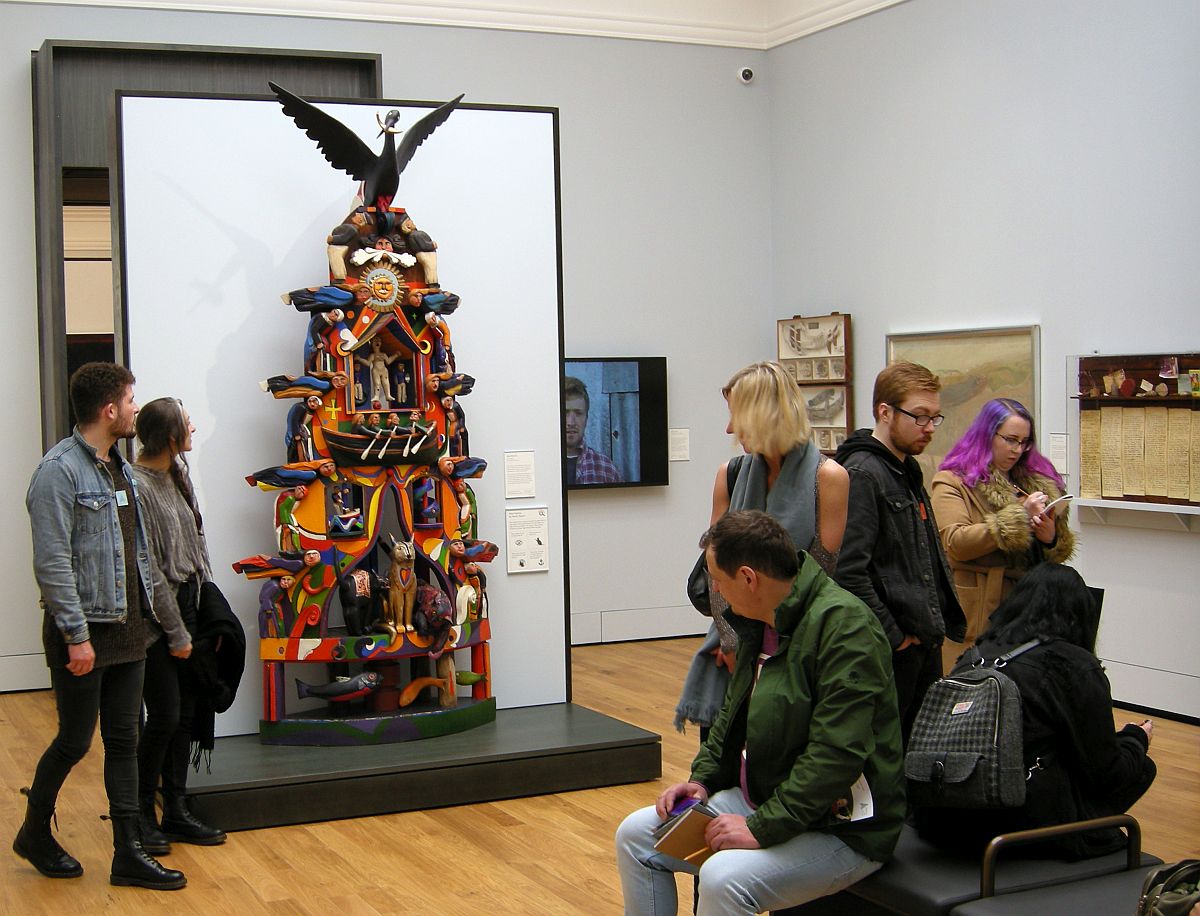 It rained and there was a bag search on the way in to the gallery space, but fortunately we had arrived late and there was no queue. The drenched security operatives cheerfully let me through since I had no bag and just a stick.
A cursory glance into my companion’s crowded handbag convinced them that she was no una-bomber and off we went to see the pictures.

It was day one of the re-opening of the newly refurbished Aberdeen Art Gallery and a tiny sense of foreboding clouded the event – the renovation had included the discovery of plague skeletons – there were 92 of them.

And the original quite splendid white-marbled staircase had it seems been consigned to the dustbin of history.

Clutching our, now soggy, Eventbrite passes we made our way into what might once have been a familiar space.

Various dog-tagged staffers welcomed us into the new space. Commemorative tin-badges were handed out and a quite splendid map detailing the various new gallery spaces immediately made clear that the old, and perhaps dowdy, gallery space had gone to that dusty place where such things go to die.

Seven years and £35m in the making, the new interior is quite breath-taking. 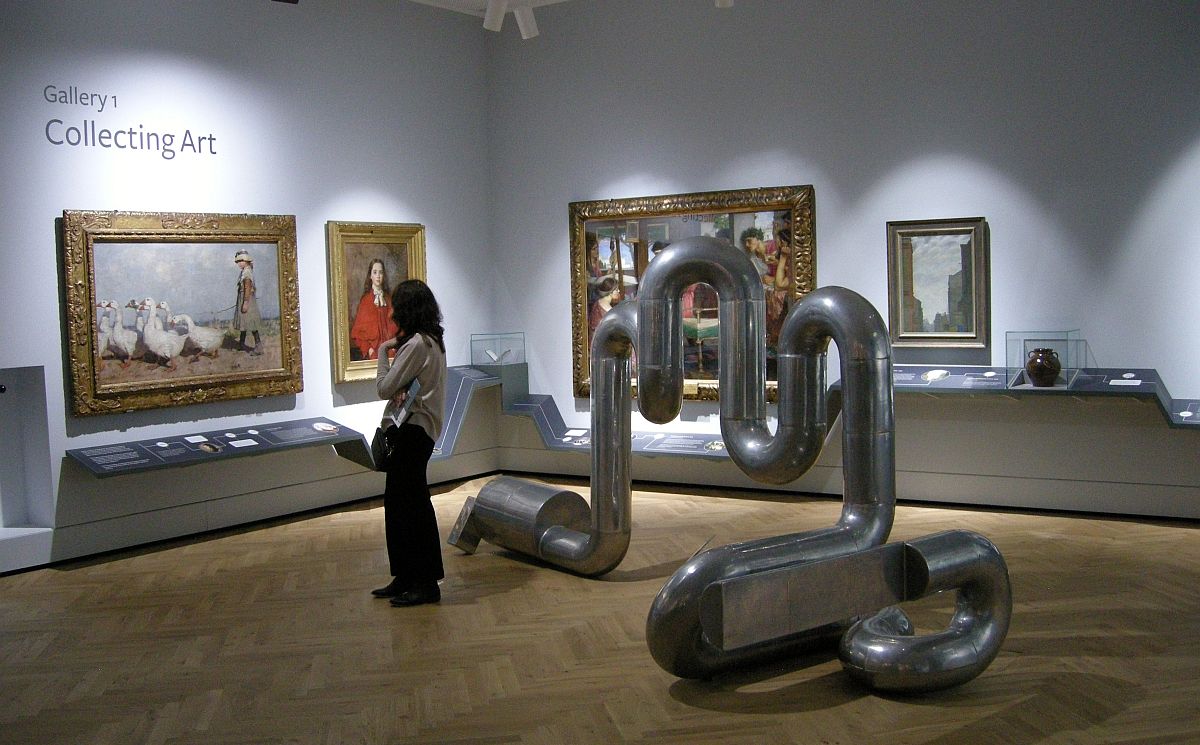 Where the staircase stood, there is now an open central space linking three floors.

Not an atrium in the true sense but not far off in terms of lighting, and acoustically splendid.

Opening morning was accented by a set of coloured musical notes titled ‘The Big Picture’. By Judith Weir – a formidable composer with Boston Symphony and various operas under her belt.

Conducted by John Horton and directed by Roger Williams, the celebratory piece, written specially for the opening of the gallery, took the form of a synaesthesia where listeners were invited to experience five colour-themed movements (Green, Blue, Gold, Red/White and finally Colour) in a cantata for two choirs plus an instrumental ensemble spread amongst the gallery floors.

The resulting sound experience was quite breath-taking, especially when heard for the very first time in a public space.

As Judith’s Big Picture gently reverberated around the building, we headed for the upper floor before making our way down the staircase and through the various new gallery spaces.

There are thankfully a few familiar images amongst the thousand or so exhibits. Eric Auld, Joseph Farquharson, Glasgow Boys and Monet feature. But in the main, the new space is full of new pleasures and a somewhat brave set of decisions.

Photography is allowed – and why should it not be. Accessibility has also been splendidly addressed and the artwork on display boldly embraces most tastes.

Tracey Emin vies with George and George. Martin Parr vies with the old masters who painted Finzean sheep and Victoria’s kilted Albert. And a multitude of previously unseen works inhabit the walls, Dick Turpin amongst them.

And the justice on the cake? The new gallery is free to enter and as often as you like. All we need now is an Aberdeen Museum.