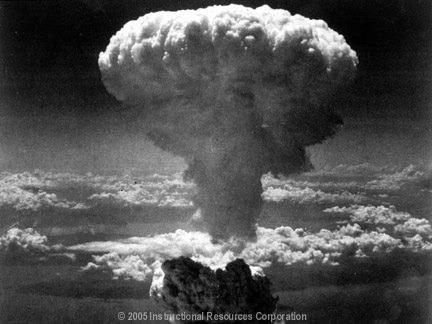 During the final stage of World War II, the United States dropped nuclear weapons on the Japanese cities of Hiroshima and Nagasaki on August 6 and 9, 1945, respectively.

The United States had dropped the bombs with the consent of the United Kingdom as outlined in the Quebec
Agreement.

The two bombings, which killed at least 129,000 people, remain the only use of nuclear weapons for warfare in history.

We meet to honour the dead and remind ourselves about the horror that would be inflicted if nuclear weapons were ever used again.

Yu Aoki who lives in Aberdeen but comes from Hiroshima will speak at the event. We will lay flowers in the shape of the CND peace symbol and there will be some songs and poetry.