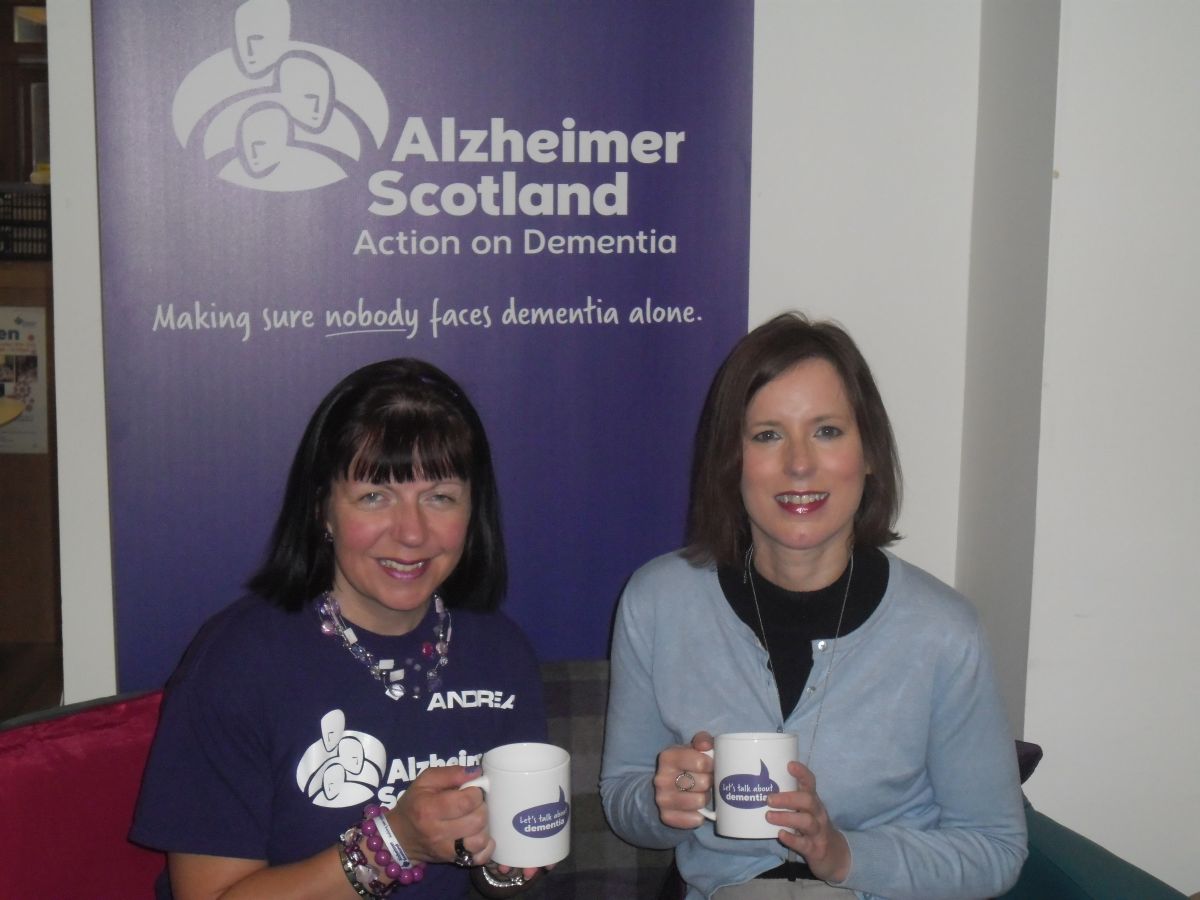 A café that is dishing up friendship and support along with coffee and cake to people living with dementia has received a financial boost during Dementia Awareness Week (May 30-June 5)
Alzheimer Scotland’s dementia café in Aberdeen – hailed as a lifeline to families affected by the disease – has received £2,500 from Aberdeen Asset Management’s Charitable Foundation.

People living with dementia, their families and carers reap the benefits of maintaining social connections and making friendships by meeting up over a cuppa at dementia cafés, which improve wellbeing and confidence as well as maintain links with communities.

They are part of the network of support and information services provided by Alzheimer Scotland, the country’s leading dementia charity which also raises awareness and supports research into the disease.

Alzheimer Scotland’s corporate fundraiser Fiona Lewis said that the value of providing an informal get together for people affected by the disease could not be underestimated. Feedback from café users is positive, with people saying they’ve made genuine friendships, they have welcomed being able to meet up outside other activities, and they’ve been able to share the load with others in a similar situation.

“With facilities like this café, we want to ensure that anyone living with, or affected by, dementia in the Aberdeen area has access to information, care and support that they need in order to live well with the disease, or be able to support their loved one, in their own community.

“The Dementia Café positively impacts on many lives in the Aberdeen area and Aberdeen Asset Management Charitable Foundation’s kind support of £2,500 will help Alzheimer Scotland to continue providing this vital community service.”

“This café does great work in supporting people with dementia, their family and carers enabling them to remain connected with their communities, and to meet others in a similar situation in a friendly, relaxed and welcoming environment. We are pleased to offer this support and show our backing to Dementia Awareness Week and its message ‘let’s challenge dementia together’.”

Dementia Awareness Week seeks to raise awareness and much-needed funds for those living with and affected by dementia in Scotland. It also seeks to promote becoming a Scottish Dementia Friend by understanding dementia and the small things that can be done to help people with the condition. This could be helping someone find the right bus or being patient in a till queue if someone with dementia is taking longer to pay. For more information, visit www.alzscot.org/daw2016

The Aberdeen Asset Charitable Foundation was established in 2012 to formalise and develop the Group’s charitable giving globally. The Foundation seeks partnerships with smaller charities around the world, where funds can be seen to have a meaningful and measurable impact and the firm encourages its employees to use their time and skills to support its charitable projects. For more information visit: www.aberdeen-asset.com/foundation