Aberdeen Voice has been talking to young Scottish Actor Declan Michael Laird since AV began. We’ve charted his progress from River City to The Stella Adler Academy of Acting through to commercials, castings, forthcoming TV series (watch this space). Today we’re talking to him about a charity – more of a movement really – that is helping thousands of homeless people across the world.

The centre of the action this year will be Glasgow. Declan talks with Suzanne Kelly. 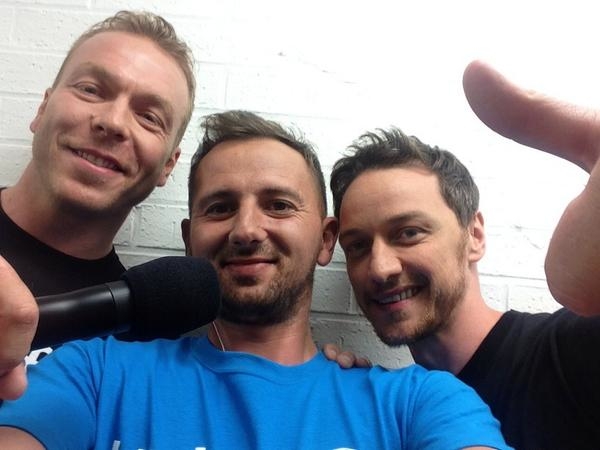 Declan’s just come from a commercial casting call; we’ll see how it goes. I can’t say what it’s for, but I will say he’s worth it. There never seem to be as many good news stories as there are bad, and talking to a young talented man who remains down to earth despite growing fame makes a pleasant change. To be talking to him about a worthwhile cause he’s giving his time to is a genuine pleasure.

Aside from his acting career which is really taking off (more on that soon), he is about to make a documentary which he’ll produce.

We talk football first, as we’ve done in the past. Where else to start than the fairy-tale ending to this year’s Premiership and Leicester? He’s full of enthusiasm.

“I read the letter ‘we do not dream’ by Claudio Ranieri where he talks about the boards saying to him at the start of the season ‘this is a huge season for us; we must stay in the premier league; we must score’ – what mad management skills that must have taken to keep the players motivated and to keep them from not losing the belief we can do this.”

I suggest that if you’re really hungry for something like winning the Premiership, then it’s probably easier to fight than if you’re comfortably earning £50,000 a week.

DM – “The likelihood is that they will not defend the title, but those guys will forever have that story to tell their kids and grandkids.”

I tell Laird it reaffirmed my faith that it doesn’t always have to be about who has the bigger chequebook – me and several million other people.

Declan sent me the Homeless world cup video – it is incredible.

DM – “It’s a documentary I’m producing called ‘Playing for Change’. It’s been my project for the last two and a half years. There are three things I’m very passionate about – acting and entertainment is one; the second thing is football, and the third thing is that I’m a great mental health and homelessness advocate.

“I’m a great believer that we should not be stigmatising people with addiction and mental health problems; instead we should be asking why they are not being helped. We should not be criminalising these people, but helping them get out of their addiction so they never have to become homeless. There is a big stigma – if people meet homeless people living on the street, they think they are better than them. 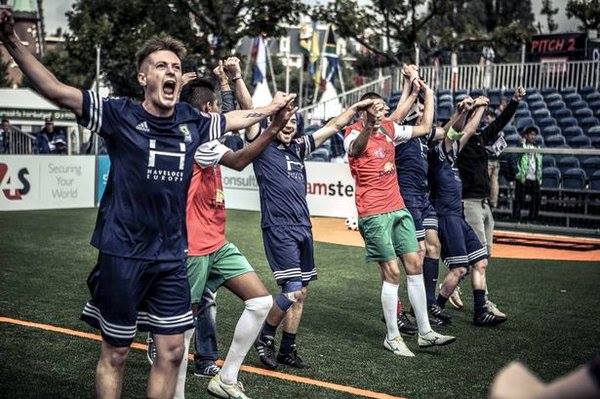 “The homeless are there through no fault of their own: they have to deal with issues that no one helps them with or they’ve been too ashamed to ask for help with.

“There are two sides of this mental health problem. It’s not spoken about enough because it’s not a scar on the outside you can see like an injury – if it’s inside and people can’t see it, and people don’t want to talk about it. In US people do talk about it – but they just throw medication at people.

“Talking about it in conversation can really help.”

I find myself wishing more people my age felt like Declan does. In my experience the homeless come from abusive family lives and have nowhere to go. They can be people who lost their money and homes after break ups.

They can be ex-service people who received absolutely no support or counselling on their return to the UK. They can be refugees fleeing brutal governments, bombing, and starvation. They can be people with existing physical and mental health problems: in my experience whatever has led to them being on the street either exacerbates or creates emotional and mental health problems – all of which should be wholly avoidable in any kind of compassionate, decent society.

Then Laird says something that for me hits a crucial nail on the head:

DM – “The younger generation are talking about it, but there is still a shame associated with depression or anxiety they don’t want to come forward about it because they think it is a sign of weakness. I personally feel it is a sign of strength – because you’re maybe just more sensitive.

“A lot of actors, musicians, artists end up with maybe addiction or mental health problems and the public goes ‘oh it’s just another actor who’s died of an addiction or overdose’ and I think it’s because they are more sensitive – worse, people around them are not always interested in helping them.

“For the last year and a half because of my passion I go down to the homeless shelters maybe about once a month. I also do drama therapy at institutions and mental health clinics to promote mental health. We deal with people with schizophrenia and conditions like that and drama therapy and acting classes help.

“It’s amazing Suzanne – as an example there’s a guy with Tourette’s – normally he’s shouting and bawling, then apologizing, then shouting and apologizing some more. But when you give him a scene to do, he’s imagining himself to be someone else and his Tourette’s just disappears. It’s astonishing. It’s an outlet for whatever they’re feeling inside.

We talk about the therapeutic values of art, music and drama for people with these issues. Declan continues:

DM – “I met Street Soccer Scotland’s David Duke who runs Street Soccer Scotland and I got involved. David’s story was that 10 years ago he was 23, and homeless in Glasgow. In a Bellshill hostel he saw a flyer ‘Represent your country in the Homeless World Cup’ and he responded. This initiative was started by a guy named Mel Young, the founder of The Big Issue.

“David went to the trials  – which were at the time pretty makeshift – it was the first year and they didn’t really know what they were doing. He managed to get through the local trials (they were just guys then but there is a women’s team now too) and his team managed to get to Edinburgh.

“David was made captain of the team and got his side to Copenhagen and they won. When they came back, it really inspired him and he decided to change his life – he had an epiphany and decided he could really change his life. If he could have that epiphany, then why couldn’t other people? So he started the charity Street Soccer Scotland.

“David’s basically devoted every single day to going around Scotland and the whole UK getting people off the streets and getting their confidence back through football. They get the jobs and housing — but only if they are putting in the hours of volunteer work for the charity first.

“I started meeting the players, spending time with them, having lunch with David – and with refugees. He works with a lot of refugees, but also 10 years on they have many women too. They mentor Street Soccer USA, Street Soccer England, India, Sweden. Sir Alex Ferguson is one of their ambassadors.

“So whenever I travel back, I make a point of going to meet them, and when I was back at Christmas, my brother Stefan and I – Stefan’s a coach from Aberdeen FC – we took a training session for the team and we took them to lunch – to Tony Macaroni’s that was on the 23rd December. We sat and spent the day, and just had a good time.

“David told me “Declan – the Homeless World Cup’s going to be in Glasgow this year and I’m going to manage the team”. I was like ‘oh wow what a great idea for a documentary’; not just for me but to bring to life your organisation and get you the plaudits you deserve and to bring the homeless world cup to light.”

We talked for a while longer – He’s talking to a few potential outlets for this project, and the resulting documentary will undoubtedly shine a light on an initiative that will continue to help – no, actually to SAVE lives. I will save details of this and Declan’s acting career developments for a future interview.

The Homeless World Cup Tournament will start the first week in July. Volunteering and support would be welcome; further details here http://www.streetsoccerscotland.org/news/2015/04/team-scotland-announcement/