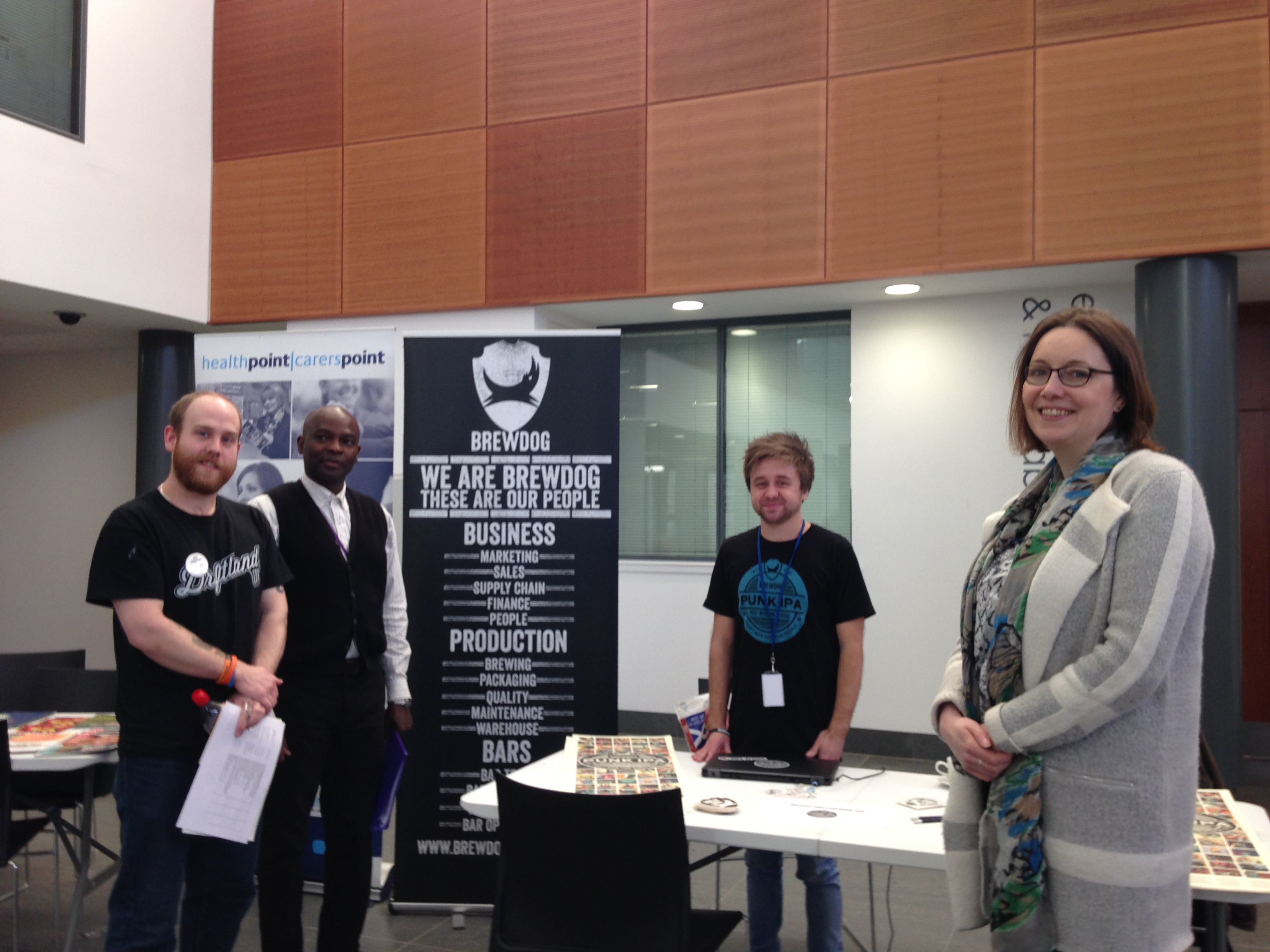 The  fair was organised for the benefit of workers at the Youngs’ fish processing factory in Fraserburgh, where hundreds have faced redundancy following a downturn in the company’s business.

Last month, the Taskforce established by the Scottish Government met with key local stakeholders at the town’s leisure centre, to discuss the jobs fair and other ideas to help rejuvenate the local economy.

Although a number of those affected have found alternative employment elsewhere within the fish processing industry, the fair was designed to bring other local employers in touch with skilled workers.

Around three hundred people attended, with over two hundred vacancies advertised. A number of local businesses were represented at the event, along with Armed Forces recruitment and public sector bodies. The Scottish Government’s Partnership Action for Continuing Employment team arranged translators, while supporting organisations providing advice to those affected by the redundancies.

“These are uncertain times for people affected by redundancies at Young’s, but this event provided an opportunity for those seeking work to apply for current vacancies in a range of sectors, and to access advice about training and support. It’s important that those who have lost their jobs get all the support that’s available. It was great to see so many local employers here looking to recruit new staff.

The day has been a great success, and I would like to thank the local employers and agencies who have made it possible. I would also like to thank Skills Development Scotland and NESCOL for making the event possible.”