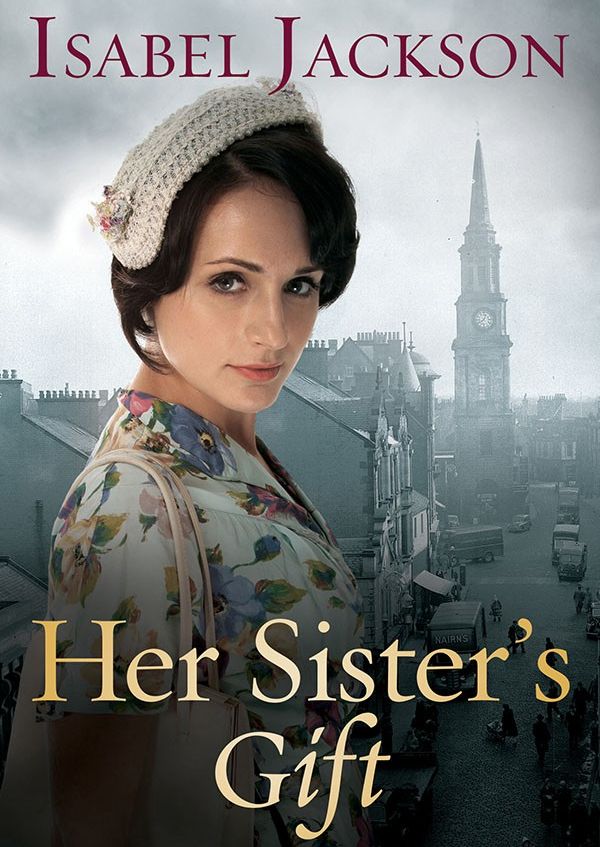 Sunday Mail Fiction Prize winner Isabel Jackson’s debut novel is rooted in her grandparents’ experiences and developed by estimable creative skills into Her Sister’s Gift. It resonates with industrial Scotland’s working class pride, and its resilience in the face of hardships, as the twentieth century gave way to The Great War and daily struggles to survive.
Strong women and flawed but brave, hard-working men populate Her Sister’s Gift, and the author captures well the conflicts and anxieties that result from this accepted dichotomy, the engine of the novel.

Scarred emotionally by an early harrowing double tragedy, Isa Dick is an admirable heroine, who plots her own destiny, limited by the class system and gender inequalities of the time.

She is inspirational in her family circle and beyond, and is credible in finding inner strength to thwart, for the most part, the cruelties visited on her and those she learns to protect.

She is all our mothers or grandmothers. Yet those early psychological wounds never heal fully, with the obsessive protection of her own children and nagging guilt repressed since childhood, bringing their own traumas.

Where Her Sister’s Gift does fall down a little is when some passages feel over-written or over-detailed and in plot incidentals introduced, but not followed through. It would be interesting to have the effect of Isa’s out-of-the-blue religious conversion, or any outcome from the discovery of her father’s knuckleduster explored, for example. Some of the conversational exchanges too, could do with sharpening.

It’s a story well told, however, an excellent and evocative series of mini-dramas, psychological conflict and near-cinematic scenes of early twentieth century working class life. With more disciplined editing, further Isabel Jackson tales have the potential to be very worthwhile chronicles of lives and trials wherever and whenever set.