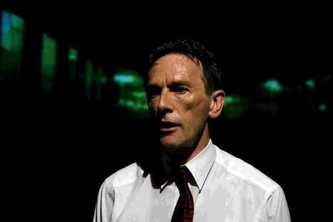 With thanks to Liz Smith.

Matthew Zajac’s perennial success, The Tailor of Inverness, sold out for three weeks in April 2015 at New York’s Brits Off Broadway Festival and the new UK tour of the production opens at Durness Village Hall on Monday 1 February and finishes at Nottingham Playhouse on Saturday 19 March.

The production will celebrate its 250th performance at Birmingham Rep on saturday March 5th.

2015 was a year of mixed fortunes for Dogstar Theatre Company. Joint Artistic Director and founder Hamish MacDonald resigned from the company due to funding setbacks and this meant no new production was possible during last year.

Remaining Artistic Director Matthew Zajac resolved to remain in position in the hope that future funding would be forth coming.

The good news is that a new project grant has been awarded by Creative Scotland for Dogstar to co-produce Mungo Park – Travels in the Interior of Africa by Martin Lyngbo & Thor Bjorn Krebs. The co-production is with Mungo Park Arts Centre of Denmark, one of Scandinavia’s leading theatre companies.

Under Martin Lyngbo’s leadership, Mungo Park AC, based in the Copenhagen suburb of Allerod, has won numerous awards and now has an annual subscription membership of over 5,000.

Mungo Park – Travels in the Interior of Africa tells the extraordinary story of the Scottish doctor who charted large parts of the River Niger during two expeditions, in 1795 and 1805. The second of these ended in his death. A combined Danish/Scottish cast will present an irreverent tragi-comic adventure for audiences in Scotland and Scandinavia.

The production is scheduled to open in Copenhagen in late June prior to running at the Edinburgh Festival Fringe during August and touring Scotland in September – followed by Denmark, Sweden, Norway and Finland in spring 2017.