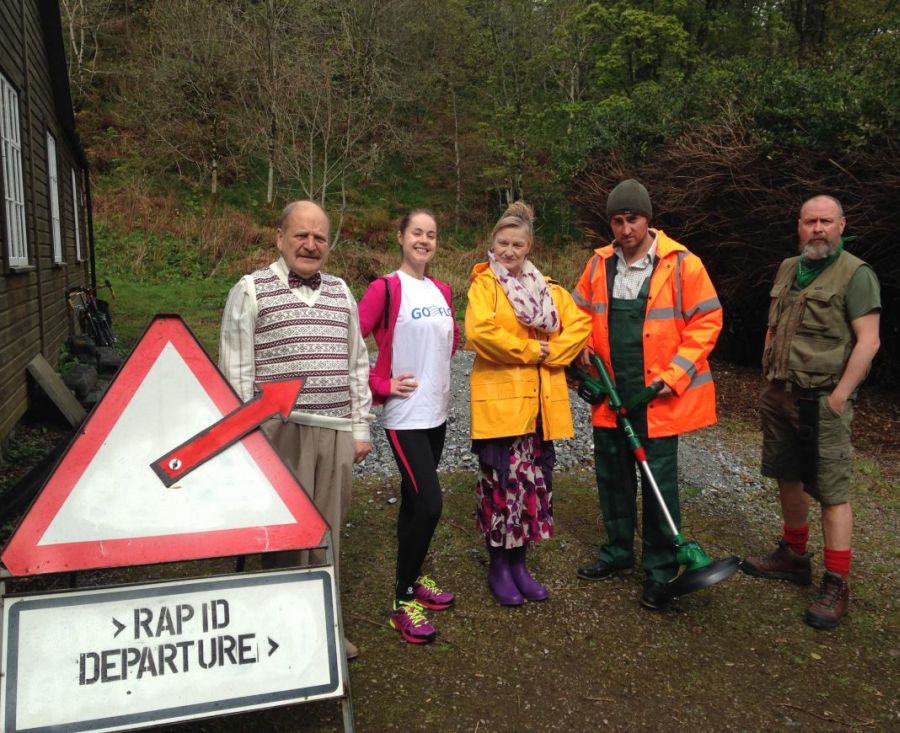 Rapid Departure is the latest production by Moray-based Right Lines Productions the team responsible for theatrical comedies such as Who Bares Wins and The Accidental Death of an Accordionist.

Supported by Creative Scotland, Arts and Business Scotland and SEPA the play’s action takes place against a backdrop of freak flooding which plunges the local community into an ever deepening crisis.

A hero is clearly needed to save the locals from a watery end!

Right Lines team Dave Smith and Euan Martin can always be relied upon to make a drama out of a crisis and in this evening of immersive comedy the main characters desperately struggle to keep their heads above water as the Flood Emergency Plan is literally swept away before their very eyes.

As with all Right Lines productions there are deeper messages.

“Rapid Departure is very definitely a comedy, but the issues we explore in the play – global warming, climate change, renewable energy, re-wilding and the impact of flooding – are important matters for everyone. It has to be stressed that this is a very serious subject with flooding having a catastrophic effect on people’s lives and livelihoods, so we were very conscious of this when writing the play.”

Rapid Departure is a very accessible show for all ages except very young children. The production features some original music and song. There is no strong language.

Tickets from www.neatshows.org.uk and Kemnay Library.