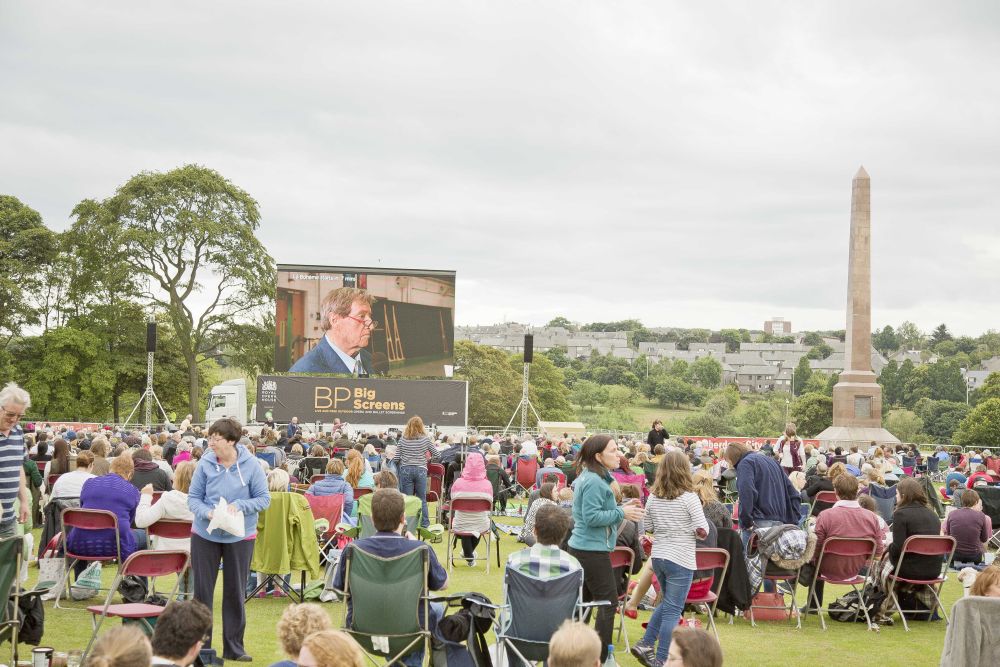 Sponsored via a partnership between The Royal Opera House, BP Big Screen and eighteen other UK councils, Aberdeen was fortunate indeed to have been chosen as the sole Scottish venue for the event, which involved simultaneous screenings of a live performance at the Royal Opera House in Westminster’s Covent Garden.

With ticket prices at the London venue averaging around £140 per head, the ‘bring your own seat’, free outdoor event proved to be a resounding success, both entertainment- and weather-wise.

A timeless, potent and heartbreaking tale, Puccini’s La Bohème was first performed in Turin in 1896, just thirteen years after the 44-acre Duthie Park was laid out.

Based on a collection of vignettes penned by Henri Murger and depicting Bohemian life in the Latin Quarter of mid-19th Century Paris, the storyline describes the love and lives of the main characters, Mimi and Rodolfo.

Although performed by The Royal Opera Company as far back as 1897, this week’s production dates from 1974 and has John Copley directing, with Cornelius Meister conducting. The role of the poet Rodolfo was performed by Italian tenor Vittorio Grigolo with Romanian soprano Angela Gheorghiu as the doomed seamstress Mimi.

Sadly, Aberdeen will not be hosting the September offering from the BP Big Screen, and so those wishing to enjoy Verdi’s Rigoletto on September 17th will need to nip over the border to the likes of Plymouth or Bristol, before speeding back the next day in good time to cast their vote in the referendum.

As an alternative, Scottish Opera will be touring with Rossini’s comedy La Cenerentola at the end of the year, with live performances in Glasgow, Edinburgh, Inverness and at His Majesty’s Theatre in Aberdeen.