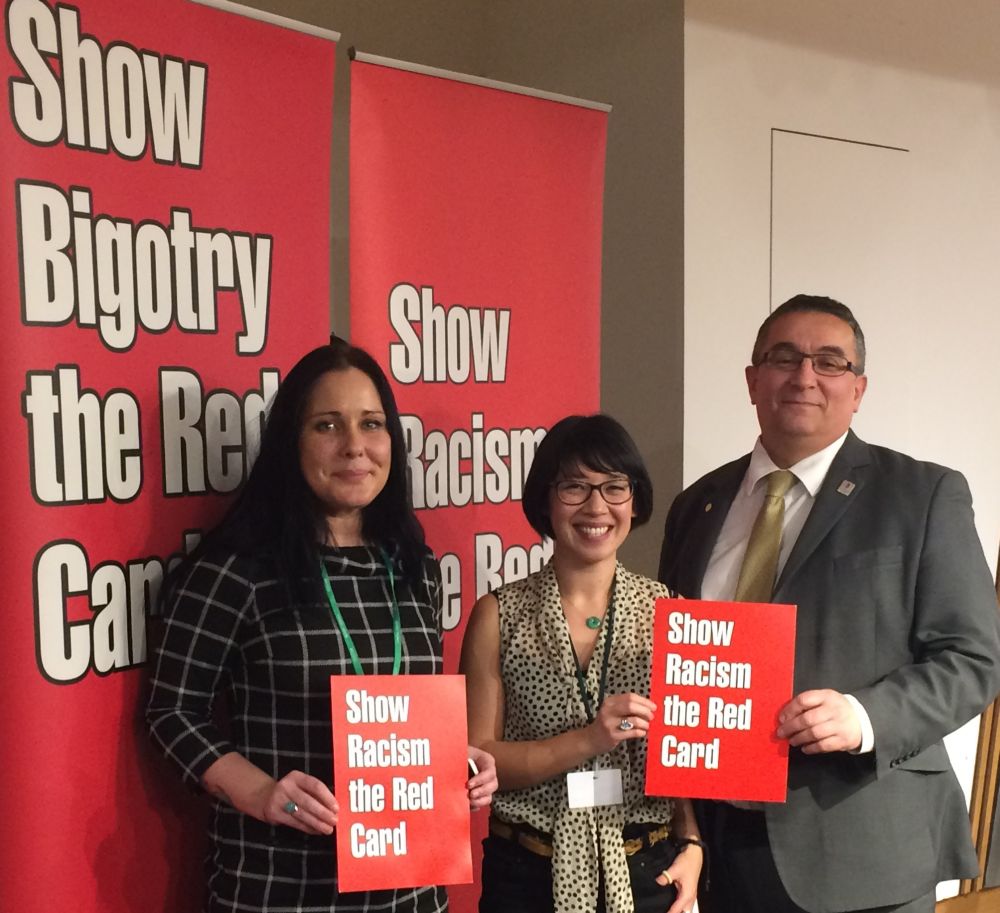 Christian Allard at the launch of ‘Immigration: What’s the Story?’ at the Scottish Parliament with (left) Nicola Hay, Campaign Manager and (right) Gillian Eunson, Educational worker.

With thanks to Sarah Masson.

North East MSP Christian Allard praised the ‘tremendous’ work of Show Racism the Red Card (SRtRC) on their 20th Anniversary. Mr Allard made the comments after viewing ‘Immigration: What’s the Story?’ film by SRtRC at the Scottish Parliament today.

SRtRC is an anti-racism educational charity which was established in January 1996. The charity aims to combat racism through enabling role models to present an anti-racist message to young people and others.

Over the last 20 years, SRtRC has worked extensively across Scotland and the rest of the UK delivering training to more than 50,000 individuals per year.

In response to negative attitudes expressed towards migrant communities, SRtRC developed a UK wide educational film, elevating the voices of people who have moved from one country to another, to dispel some of the popular myths and provide an alternative view.

Christian, along with colleagues, saw the film at an event in the Scottish Parliament last night. The North East MSP looks forward to Show Racism the Red Card Scotland’s visit to Pittodrie this year.

“’Immigration: What’s the Story?’ is another great educational film from Show Racism the Red Card.

“They have achieved a tremendous amount in the last 20 years making sure everyone’s voice is heard and challenging attitudes in our society.

“As an Aberdeen FC Supporter I am delighted to see the initiative making its way up to the North East to work with schools across the city.

“I was delighted to speak to all the team at Show Racism the Red Card and the footballers and wish them all the best for the next 20 years.”

Mr Allard submitted a motion to the Scottish Parliament celebrating Show Racism the Red Card’s twentieth anniversary and the work that they have done.