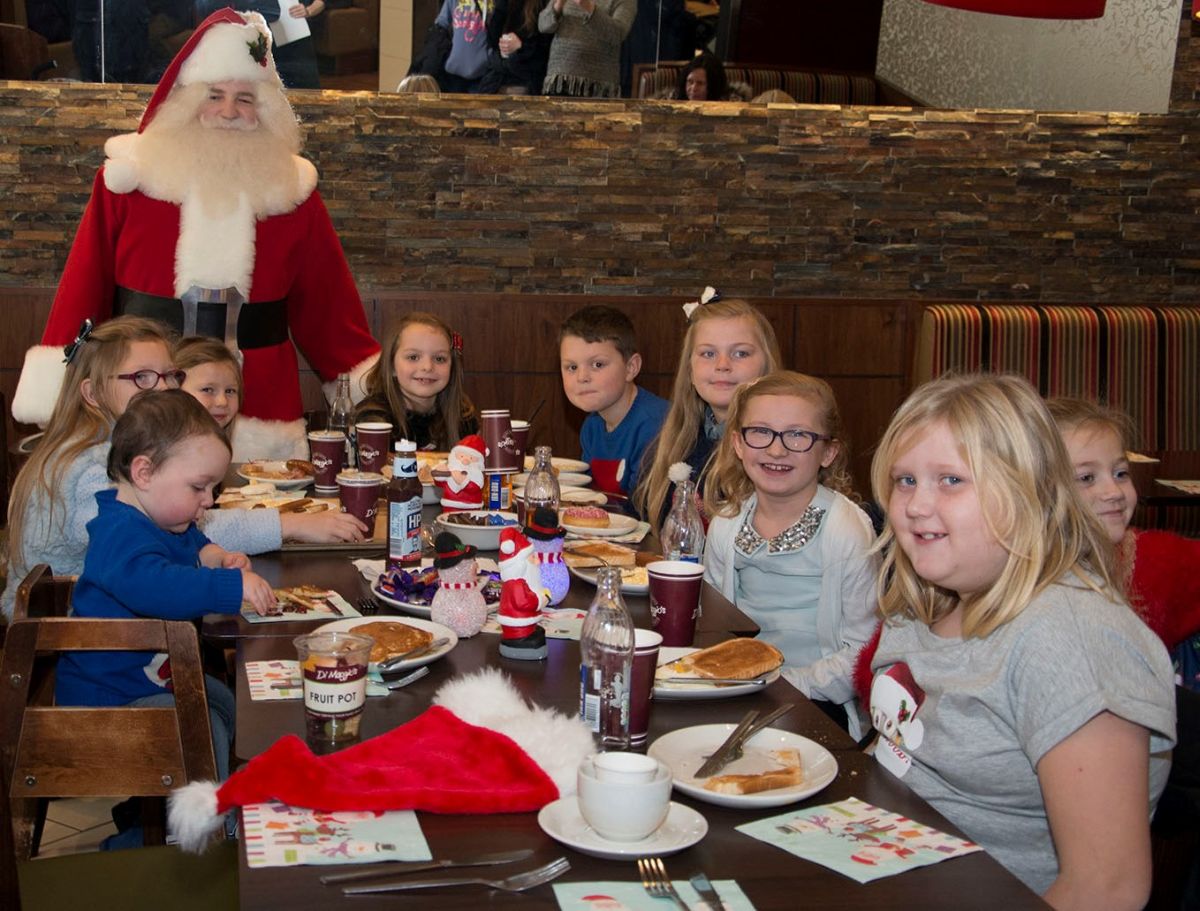 A Rosehearty primary school pupil has used her creative skills to win breakfast with a very special guest for her and her friends.

Entrants were asked to draw a festive picture to adorn the walls of Santa’s Grotto which is currently present within the Bon Accord mall in the run-up to Christmas.

Madison’s picture was selected as the winner from over 100 entries from pupils throughout Aberdeen and Aberdeenshire, with her Christmas time scene being praised by judges.

Her prize, along with a group of her friends, was breakfast with the man himself last Sunday (December 06) at Di Maggio’s Caffe in the Bon Accord mall before Santa started a busy shift meeting other children within the grotto.

Santa’s Grotto will be present within Bon Accord & St Nicholas on weekends December 5-6 and 12-13 from 10am to 4pm as well as each day from December 19 to Christmas Eve. All donations raised from the grotto itself will go to north-east charity CLAN Cancer Support.

“The entire school was delighted with Madison’s achievement and I’m sure that she, along with her friends, enjoyed their morning in Santa’s company.

“It’s fantastic that Madison has had her creative skills recognised in this way and she should be very proud of being selected as the winner from over 100 entries. It certainly is a bit of festive good news for everyone associated with Rosehearty School.”

“I’d like to congratulate Madison for her lovely drawing and I hope she and her friends enjoyed their breakfast with Santa.

“I’d also like to thank all those who entered the competition; the response from pupils from all over Aberdeen and Aberdeenshire has really blown us away and they’ve all helped add something special to the grotto within the Bon Accord mall.

“We wanted to help create a bit of festive fun for our loyal shoppers this Christmas and our grotto is an integral part of our centre offering in December. It’s already proved popular with customers so far so I’d encourage you to pay Santa and visit and make sure your name is on his list for the big day itself later this month.”

Located in the upper mall on the Bon Accord centre, admission to Santa’s Grotto is £4.50 and includes a free gift for all those that attended. All proceeds are being donated to CLAN Cancer Support, Bon Accord & St Nicholas’ chosen charity for the year.

The centres, which attract an average of 275,000 visitors a week, are owned by BMO Real Estate Partners and managed by specialist retail agency Savills. For further on the centres visit www.bonaccordandstnicholas.com