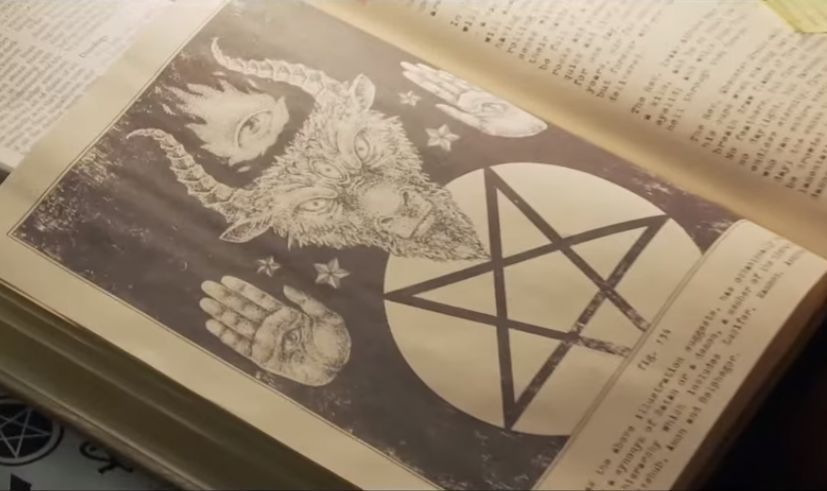 Not many people came for the Tuesday midmorning showing at Union Square’s Cineworld, the film having being released almost a fortnight ago. It perhaps serves to prove that this franchise has run its course. Though not hackneyed in the sense it shows cupboard doors flapping of their own free will, it’s largely predictable.

Having said that, the you-know-it-is-coming moments frighten because you can never totally anticipate that split second they’ll make you jolt; though that’s the case for just about every horror film, good or bad.

Plus points, however, include when the besieged protagonists explore the nature of the demonic presence they seek to be rid of.

Suspicions regarding the house are roused when family friend Skyler (Olivia Taylor Dudley) comes on the go. She’s somewhat of a Feng Shui expert and her comment upon its ‘energies’ validate what soon takes hold.

Whilst preparing the house for the festivities they find a box of tapes they’ve never seen before. Out of curiosity, brothers Ryan and Mike view some of them not realising that they’re family videos belonging to the previous family that lived there.

In fact, the current house is built upon the site of that very family’s house, which burnt down. The footage, which is not only weird and potentially satanic, references the current householders despite being recorded years ago; describing them in great detail.

The main debate with this is whether this girl with her eyes closed in the video is picturing the future, or is in fact viewing these viewers in some sort of spiritual plain within the present. Being honest, it seems a tad reminiscent of the girl coming out of the screen of the television in The Ring.

Leila starts acting up, though it begins innocently as what they think is her talking to an imaginary friend. It turns out that this imaginary friend seeks the young girl in a bid to take a physical form.

Things escalate to the point where they call in Father Todd (Michael Krawic), a priest. Despite being bitten by Leila during a fit of rage, he doesn’t think that she’s possessed.  He therefore elects for a cleansing, and not an exorcism.

Concern had already grown for Leila, and they’d placed a camcorder in her room in a bid to get a handle on what’s going on. During another very active night, Leila is seen via this surveillance walking through a passageway that has appeared in a crack above the headboard of her bed.

Perhaps this is the same spiritual plain within the present in those family videos, ‘the ghost dimension’.

One thing you cannot knock these films for is a lack of unhappy, and in turn conceivably realistic, endings. No psychics battling spirits of the netherworld, at least not this time round. Just feeble, mortal men and women clinging onto life; logic and reason leaving them as panic overtakes them.