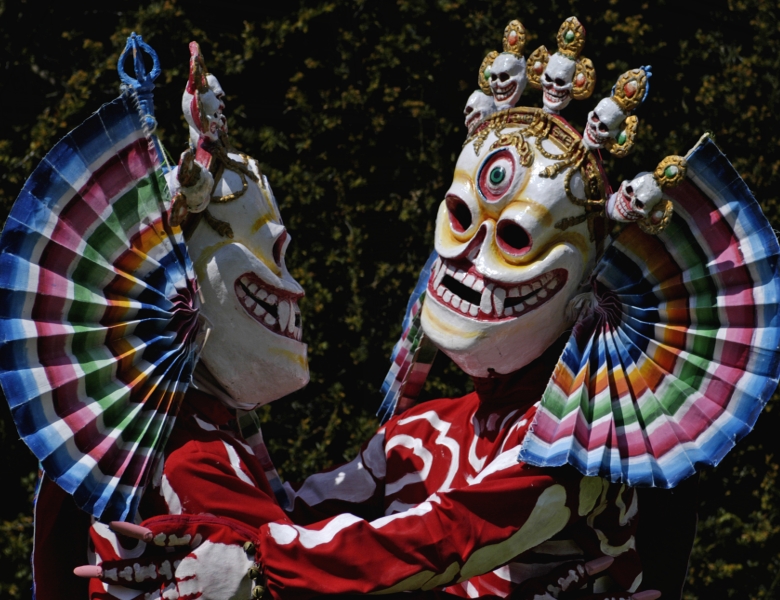 With thanks to Paul Kohn.

The dances and music are performed by Tibetan monks from the Gelugpa Tradition of Tibetan Buddhism, a sacred world filled with the chanting of Buddhist texts, the recitation of mantras, ringing of bells, blowing of trumpets and beating of drums.

Founded by the first Dalai Lama in the 15th Century, Tashi Lhunpo is one of the most important monasteries in the Tibetan Buddhist tradition. Re-established in exile in South India it is becoming one of the major centres of Buddhist learning, best known for its artistic tradition of masked dances and sacred learning.

The show comes straight from the Edinburgh Fringe and is part of a three month tour
of UK and Europe organised by Tashi Lhunpo UK Trust.