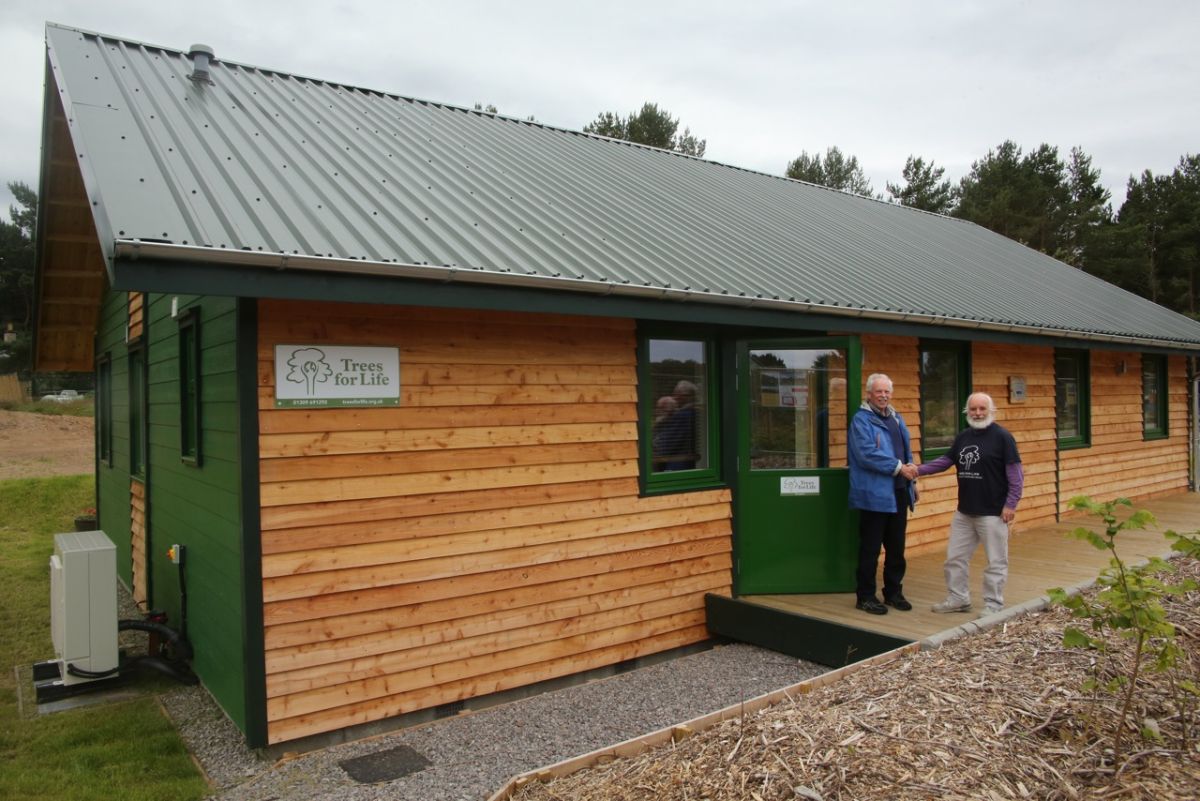 After more than 20 years at its current premises in Findhorn, Conservation charity Trees for Life is this week moving into a new environmentally friendly office based at the Findhorn Community near Forres in Moray.
The award-winning charity is moving to a brand new building that has been constructed to high ecological standards, thanks to financial assistance from the European Union’s European Regional Development Fund.

“This is a very important development for us. We are delighted to be moving into this new eco-friendly office, which will provide a warm, welcoming and modern space for our staff and volunteers to work in,” said Alan Watson Featherstone, Trees for Life’s Executive Director.

“The office’s greatly-reduced energy needs brings our working environment into line with the charity’s ecological principles. With its significantly larger size, the new building is also enabling us to increase staff numbers, to facilitate an expansion of our work to restore the Caledonian Forest”.

Situated behind Findhorn’s Universal Hall, the building is owned by Ekopia – a Findhorn-based community benefit society that has invested over £1 million in a range of community enterprises.

The office is heated by an air-source heat pump, powered by electricity from the Findhorn Community’s wind turbines – making the building fossil fuel free in terms of its heating.

Energy efficiency has been increased through high levels of insulation – with Warmcel insulation made from recycled paper fibre in the walls and ceiling, and Thermafleece sheep’s wool insulation under the floor. All of the windows are double-glazed.

Water usage has been minimised through low flush toilets, a solar panel on the roof provides a hot water supply, and interior walls have been painted with ecological, non-toxic Auro paint.

Trees for Life is dedicated to restoring the endangered Caledonian Forest in the Scottish Highlands to one of the UK’s wildest landscapes. The charity’s volunteers have helped to plant more than one million trees at dozens of locations across the Highlands, and Trees for Life has pledged to establish one million more trees by planting and natural regeneration by 2018.