With thanks to Rhonda Reekie. 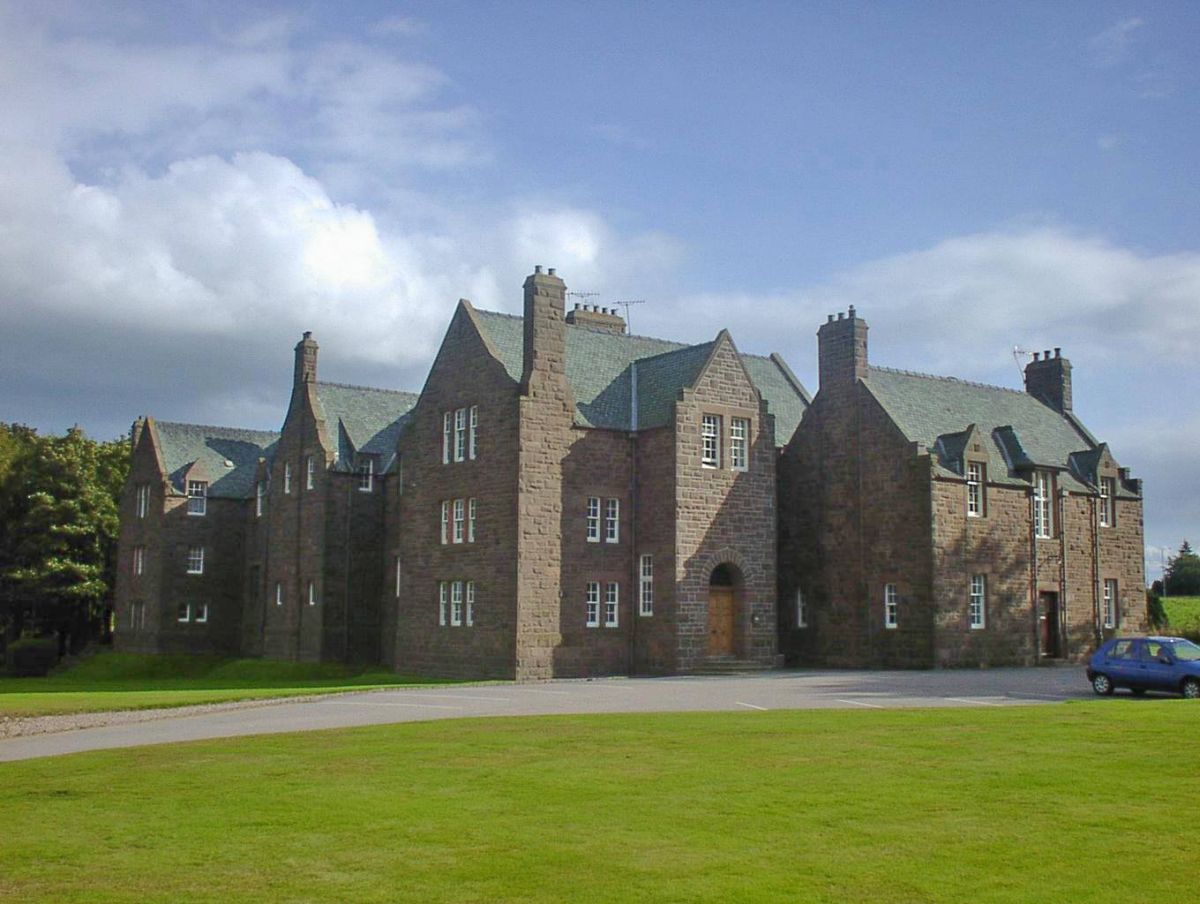 “A little like Hogwarts” – Under revised plans, Strathcona will now be demolished.

Strathcona House is the large, red sandstone building sited on the A96 just before the airport roundabout. Recent plans to relocate the Aberdeen Exhibition and Conference Centre will see the demolition of the Rowett Institute site at Bucksburn. We were led to believe that Strathcona House would be spared and integrated in to the plans thus leaving us with some history intact, but under the revised plan this is not the case and the building will now be demolished.

The Rowett Institute has a proud history dating back over 90 years the legacy of this history such as devising food rationing in WWII and producing several Nobel prize winners.

No doubt many folks have passed by Strathcona House, some may have even been inside and admired its grand stairwell, 100ft oak clad hall and six large stained glass windows. Folk describe it as ‘a little like Hogwarts’.

The House was built in 1930 as a centre for visiting scientists from the commonwealth and as a dining room for staff. In the war years it was used as a base for serving RAF personnel stationed at Dyce airport. Latterly it is still used as a canteen for Rowett staff but is much appreciated as a function hall, for local pipe band practice and even the sees the odd wedding.

It would be a tragedy to lose such an iconic building and an important piece of our local history forever. With a bit of foresight and imagination Strathcona could provide a wonderful venue for all sorts of events and be the real ‘jewel in the crown’ of any development.

The new plans now require the house it to be flattened to make way for a service yard for the AECC!

If you would like to help persuade the council that this may not be the best course of action please join us on Facebook.

9 Responses to “Strathcona House To Be Demolished”