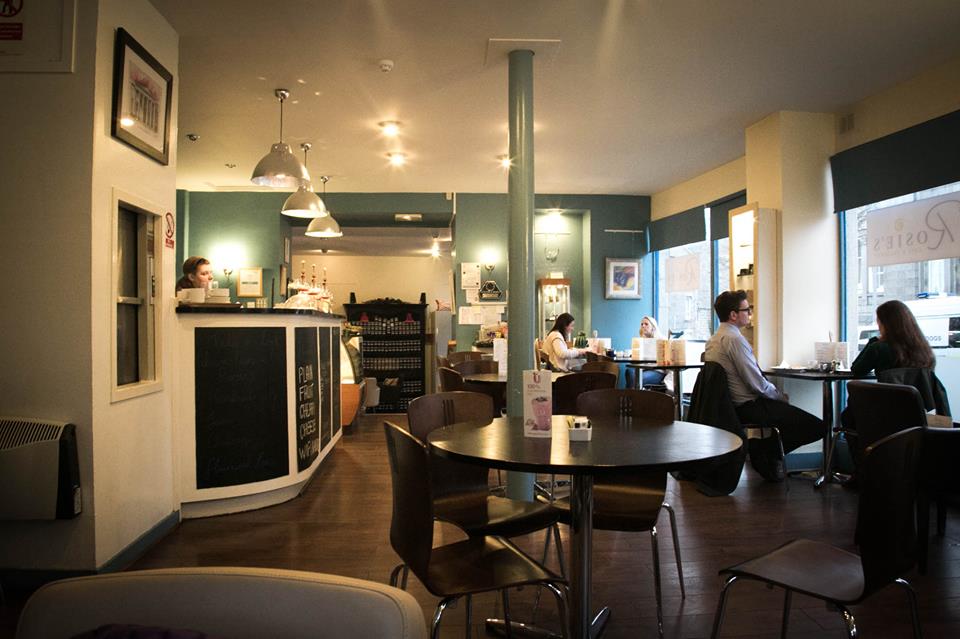 Two businesses have lent a helping hand to a popular Aberdeen social enterprise café after hundreds of pounds were stolen following a recent break-in.

Rosie’s Café on the city’s Rosemount Place was targeted last month (May), with money set aside for a staff day out removed from the premises.

The café, which is part of Rosie’s Social Enterprises and Turning Point Scotland and provides valuable vocational training, support and work experience for people recovering from mental health issues.

Since the incident has occurred, it has been inundated with donations of support. As part of this, hub North Scotland and construction firm Robertson have come together to donate a range of materials alongside six days labour to help secure the premises after the break-in.

Jill Adie, business development manager at hub North Scotland, was delighted the organisation could help the café in its time of need.

“When we read about what had happened to Rosie’s Café, we were so disappointed and we immediately thought about what we could do to help them. We work quite closely with the team at Robertson through various other construction projects so we spoke to them and arranged for the material and labour to be provided, free of charge, to secure the café after the break-in.

“It really was the least we could do for a charity that provides so much help and support to people in Aberdeen. It’s great to see it up and running again and knowing we’ve helped give them peace of mind is fantastic.”

“We’d just like to say a massive thank you to both hub North Scotland and Robertson for donating the materials and labour to secure the café after the break-in.

“We’ve been inundated with donations, both big and small, and every single one has meant the world to everyone associated with the charity. The response has been so heart-warming and we’re delighted that people have taken the time to help us when we needed it the most.”

Further information can be found at www.hubnorthscotland.co.uk