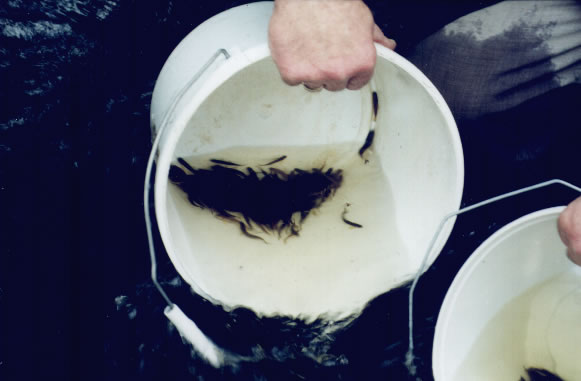 With thanks to Ythan District Fishery Board.

Following negotiations between local fishery boards and the Usan Salmon Company, commercial salmon and sea trout netting in the Ythan estuary and on the coast just to the south will not take place during 2015. The netting rights in question, which had been purchased by Usan in 2014, have not been exercised since 1997.

There is very considerable concern locally that renewed netting would do significant damage to already depleted salmon and sea trout stocks.

Mark Andrew, Clerk to the Ythan District Fishery Board, said:

“Usan, appreciating the sensitivities regarding netting in the Ythan, offered to refrain for the whole of the 2015 season if a compensation payment could be agreed. Following a successful negotiation we have now paid the company a considerable sum. In recognition of the mixed stocks nature of the fishery, four fishery boards have contributed – the Ythan, the Dee, the Don and the Spey.”

“This is an excellent example of fishery boards working together and pooling resources for the common good and in the interests of fish conservation both in the Ythan and further afield.”

“We at the ADAA – as Scotland’s largest community-based angling organization – are immensely grateful to all four fishery boards which have joined forces to fund this deal. For this year at least the threat of renewed netting has been lifted.”

“The Ythan is known as the working man’s river and our fishings there are available to all our 1100 members. Any renewed netting would not only compromise their enjoyment but also jeopardize all the volunteer effort and funds our club has invested over the years to support fish conservation in the Ythan, particularly through the River Ythan Trust, which is at the forefront of salmon and sea trout conservation locally.”