In the fourth of a controversial 52 part series Duncan Harley and Janice Catto take cognisance of the political comments on a wall near you. 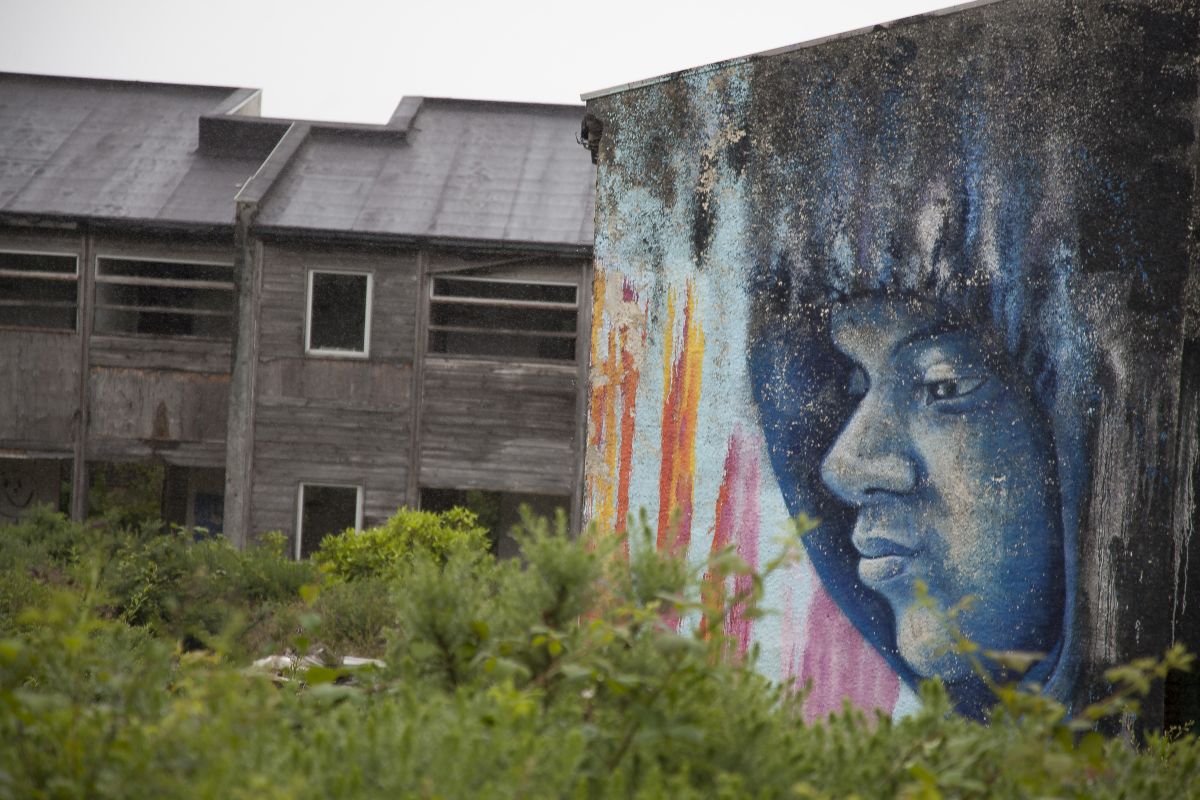 “FUCK HITLER” when sprayed on a 1960’s damp concrete multi storey edifice may in reality be a subversive comment regarding planning policies.

“Mo Mo is Fat” when painted on a fast food outlet door is open to wide interpretation. Is Mo Mo fat because the business owners don’t care about the hydrogenated fat content of the burgers on sale? Or is this simply a meditative Buddhist take on the perception of a reality near you. Try reversing the text.

The east coast oil boom came to Aberdeen some 40 odd years ago and the effects are still resonating. Fast wealth, fast drugs, fast cars and some extremely fast ladies abound. Stories of rags to riches and of course success to poverty abound.

For the Hamish tagged westerners it was a wee bit different. Think poor disempowered fisher folk, betrayed crofters and the stealing of sheep.

Portivadie is a prime example. The Loch Fyne village consisting of some cottagers, a family run farm and around a dozen summer-time holiday hutters was bought over by a government agency in the 1960’s.

Intent on building oil rigs for oil hungry klondikers, the devil may care career civil servants offered householders a deal. Get out or get forced out was the message.

Keen to exploit the black gold, the UK government of the day with the complete compliance of the Scottish Office focused on a site which was intended to become an oil rig construction facility.

Despite extensive work costing the nation millions, the white elephant of Portivadie was never used for its intended purpose. In a moment of unmitigated madness, planners employed outdated thinking to an industry which they completely misunderstood. The assumption was that oil rigs should be constructed from the re-enforced concrete despite the industry’s total reliance on state of the art steel built drill platforms.

Shorelines were torn up, local folk were offered compensation for dwellings owned by generations and buildings were bulldozed. Local landmarks such as the Watch Rock were blown up and Pictish stones were thrown into the Loch Fyne.

No rigs were ever constructed or even ordered from the Portivadie facility and the construction site now functions as a marina.

“ £3.3 million of public money” was used “ due to an omission, an error, a blunder—call it what you may—by either the Scottish Office or the Department of Energy, or both, the ownership of the village passed to a company called Sea Platform Constructors (Scotland) Ltd. because the Department or Departments failed to buy the land from it. Under the provisions of Scottish law, the ownership of the village passed to the private owners of the land on which the village was sited.” 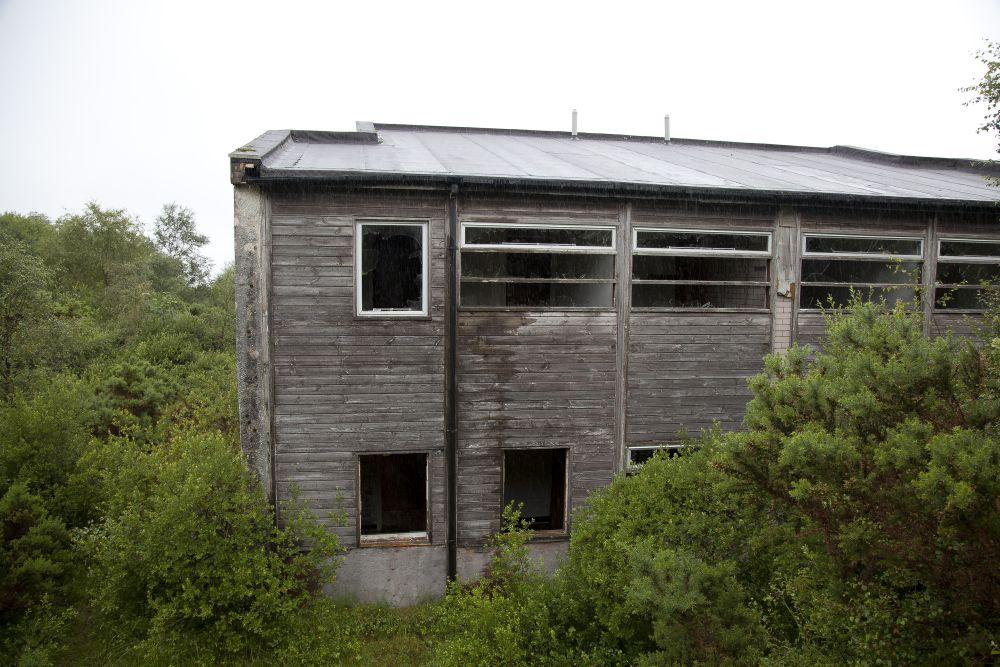 The workers accommodation village built for the failed project still stands.It is full of bats plus the detritus of decades of neglect.

In October 2009, a group of six graffiti artists decided to paint the place.

Armed with a few dozen gallons of paint plus some long ladders, they transformed the derelict concrete village from a grey Stalinist concrete workers gulag into a point of contention.

“as long as you’re insured and you protect yourselves – go for it, guys!”

The results are stunning.

We visited in rain but were completely bowled over since the graphics occupy entire walls. Rarely are there any words and most of these are in good humour.

There are no “WANK IF YOU LIKE ME” comments here. The most contentious phrase might be “HAPPY BIRTHDAY SPARKAY” however we failed to penetrate the innermost sanctum due to deep puddles and a few dead sheep.

In June 2012 the workers village at Polphail was put up for sale. Word is however that it’s status as an Argyll Heritage habitat for bats may prevent demolition.

“Polphail is still very much derelict with not much having happened over the last few years, it still really is a dark and gloomy mysterious yet fascinating place, especially for creative people such as myself.”

Yours creatively, Duncan and Janice.
Next time we will be looking at some Tibetan roadside wall art on the Gonggar to Lhasa highway.