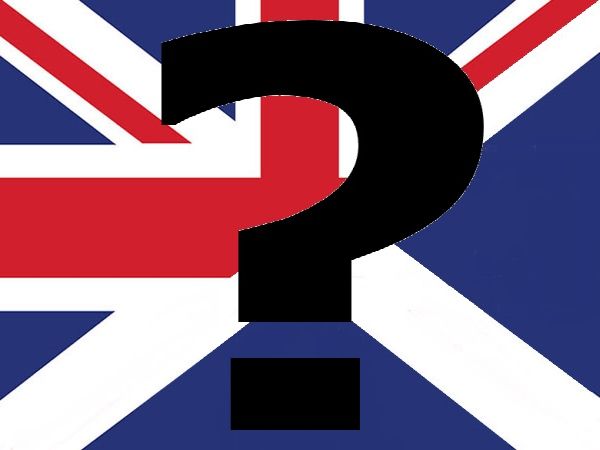 I am rapidly approaching my 62nd birthday; in fact by the time that I cast my vote on the 18th of September, that milestone will have passed.
My views on independence has never changed since I first was eligible to put a cross on my first voting paper. It has always been an easy choice to be a yes voter.

When I was 18 I voluntarily joined the army, not any of the Scottish regiments, that would involve too much, hard, physical work, but The Royal Signals, as a radio operator.

When I was filling out my application form, two things rankled me. One was the fact that it was not permissible to put the word ‘atheist’ in the box for my religion. The other being, that I wasn’t allowed to enter ‘Scottish’ in the section reserved for nationality.

I have never been anti-English, nor, on the other hand, have I ever been a Braveheart style nationalist. Both of these options are narrow minded, and potentially dangerous characteristics.

Not long after enlisting, there was an election of some sorts in Aberdeen. I remember getting my dad to vote by proxy for me, something I don’t believe one can do now. This is where I am not sure of my facts, but spurred on by the application form, I seem to recall getting him to vote for the SNP candidate. I am not sure who that would have been, but it was the start of the road to where I am now.

In the seventies when Jim Callaghan’s Labour Government ( remember them? Real labour) cheated us out of our right to devolution, by stating that we needed to get at least 46% of the population to cast their vote for the victory to be assured, I was devastated that our proud people, couldn’t drag themselves along to the polling stations in the appropriate numbers.

Fast forward to Tony Blair and his New Labour posse riding into town and delivering the promised, no strings attached, devolution referendum, the result of which is the position we find ourselves in just now. Getting the chance to decide our own future, hopefully the chance to stand on our own two, or should I say five million feet in a few weeks.

There are many reasons why I cannot for the life of me understand why anyone, I mean anyone, could even consider not voting to be 100% in complete control of their own lives, whilst still being in a close relationship with their partner.

Scotland is not, and never will be a third world country. We have no need to have to go cap in hand to Westminster, no need for charitable aid donations.

Technology has advanced in leaps and bounds since then, and will develop even further in the future

We have vast oil resources, and despite the fact that Alistair Darling and David Cameron call it ‘volatile’ and that it will run out eventually, I always argue the fact that they have had oil in the a Gulf of Mexico area since 19th century and in the Middle East since somewhere in the middle of the 29th century.

I realise it is different geological circumstances, but it shows no sign of running out there.

I have been hearing this in Aberdeen since it first started coming ashore in the seventies.

Technology has advanced in leaps and bounds since then, and will develop even further in the future, meaning it will be possible to get even more out. Never mind the Clair Ridge recent discovery. So why is it volatile here and not in other parts of the world? How come our oil-sharing neighbours, Norway, aren’t tearing their hair out worrying about the successful country they are?

I have friends that continuously spout out about supporting local businesses as opposed to putting money into the pockets of the multi-nationals, and then support the Better Together side of things, not getting the irony in what they are doing and saying.

By forever being beholden to a power other than our own is like living at home as an adult, in a great, well paying job, handing over all your salary to your mum, getting some pocket money back, and still having to do your own laundry and make your own tea.

In my day job, or should I say my afternoon and evening job, I am a self employed taxi driver. I have been for 37 years, and all but one of non Scottish people I have had in my cab, and discussed the referendum, have stated that they would have voted yes, or will vote yes, for those eligible.

None of them can understand why any one would vote no. They just don’t get it. In fact one Indian guy stated that independence is in their blood from birth.

The one who said she was voting no was a young English born girl of Romanian descent. Her reason was that when Romania became a free country, it didn’t fare well to start with.

this isn’t set up to be a slight on our southern neighbours, but more showing our standing in the world

I asked her if she had the chance back then, would she have voted to remain under the control, effectively of USSR? She thought I was asking a stupid, irrelevant question. Totally failing to get the point, that, because of the fall of the aforesaid communist empire, she wouldn’t necessarily be free and here in Scotland just now.

I have travelled to well over 30 different countries, and generally what happens is, that locals ask if you are English; when you point out to them that you are Scottish, a smile as wide as the Firth of Forth come across their countenance.

This happened to us in August in Northern a France, when in a pizza restaurant ( don’t ask, it was all that was open) when the owner came over and introduced himself to us, and asked that very question. When we told him we were Scottish, he apologised, and got even more friendlier.

Now this isn’t set up to be a slight on our southern neighbours, but more showing our standing in the world, despite the Better Together campaigners saying we are only good because we are conjoined to England via the Westminster umbilical cord. And despite the Better Together rampagers spreading fear and loathing about currency, our pound, pensions, (safe) health service. ( safe unless Westminster cuts funding, which they could do) and other spurious tittle tattle,every day more people are turning our way.

We are a rich and diverse country fill of artists, inventors, discoverers etc. By saying that, I am not implying that we are unique in such a thing, there are many countries the same. The only difference is that they are independent and stand and fall on their own choice, unlike us, who have the burden of paying the price of Westminster’s failings and bullying.

I am voting yes because I come from a proud country, and would like to leave the future totally in the hands of our own decisions, so my grand children and my soon to be born great grand daughter, and for generations to come, can be proud that we, Scotland the Brave, made the right decision, for the right reasons, and not immediately thinking of the penny in our pocket at thus precise moment, and not because we were fearful of being ejected from the EU the rest of the UK may vote to stay in anyway, and not because we hate anyone, but because we are a nation ready for independence and have no wish to still live with our parents, paying our board and living off handouts .

We are not a third world country, but a globally successful one.

8 Responses to “My Reasons For Voting Yes.”