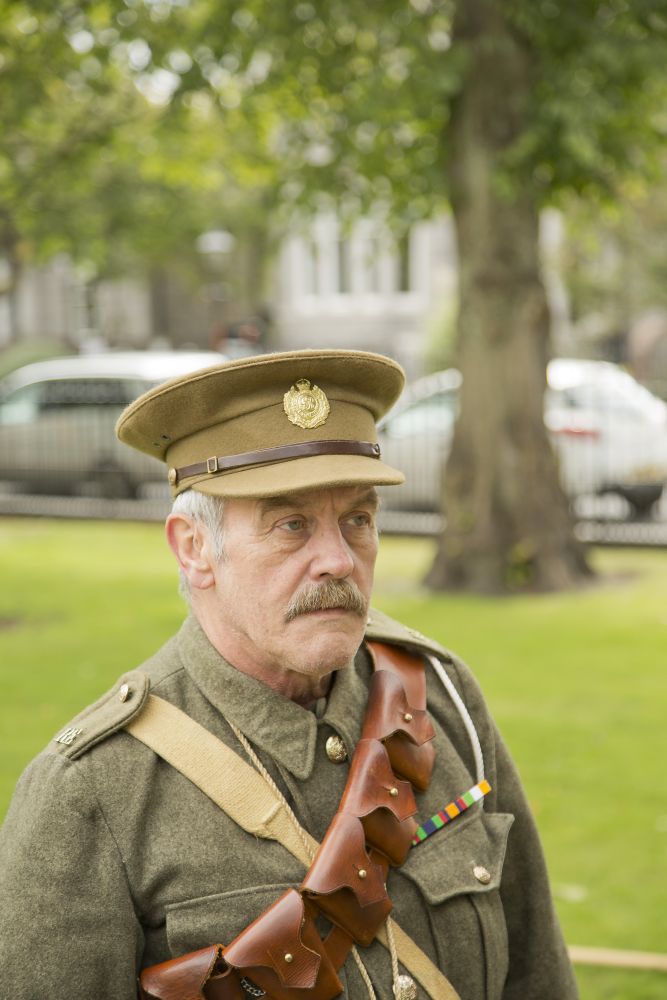 In Queens Terrace Gardens the First World War was solemnly remembered by the by the war re-creation group  “The Gordon Highlanders” who re-enacted scenes from the Battle of Mons which began on August 23rd 1914 and became the first major action seen by the British Expeditionary Force during the First World War.

Aberdeenshire’s Battle of Harlaw was re-fought by the locally based Medieval Real Re-enactment Group who staged battle scenes complete with period knights in full 15th century armour and with the re-assuringly predicable outcome that, even 700 years on, Aberdeen won the battle yet again but in this case with no serious injuries.

Marischal College quadrangle was the scene of a Mary Queen of Scots performance where the queen and her ladies in waiting met all comers to share the secrets of medieval royal court dress etiquette.

A falconry display at Union Terrace Gardens and a display of juggling for all the family completed the weekend which was well attended by folk from far and wide.

Photo and words by Duncan Harley