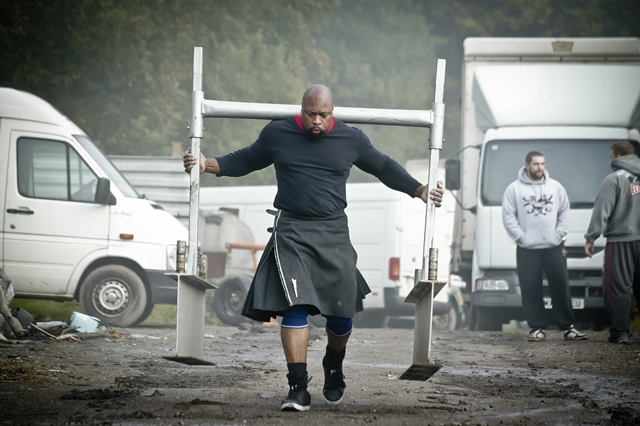 After a global search, the annual Aboyne Highland Games have found a strongman worthy of attempting the ultimate strongman challenge – lifting and carrying the world famous Dinnie Stanes at this year’s games, which are taking place on Royal Deeside on Saturday August 2nd.

The event will also form part of the 800-strong Homecoming Scotland 2014 event programme which is designed to showcase hundreds of events and festivals across the country from mass participation to small community activity.

Strongman and World’s Strongest Man competitor Mark Felix will attempt to fill the athletic shoes of legendary Highland strongman Donald Dinnie. Mark will re-enact the famous scenario where he will attempt to lift and carry the original stanes, which weigh over 733 lbs, for a distance of over 5 yards, the width of the famous 200 year old Potarch Bridge.

Originally from Grenada, UK-based Mark has competed nine times at the World’s Strongest Man and is a previous World Record Holder for the IronMind Silver Bullet challenge. The muscleman will attempt to carry the stones over a replica of the Potarch Bridge placed in the centre of the Games arena, which has been created by pupils from Aboyne Academy.

Earlier this year, the Games were keen to find a strongman with credentials as impressive as Donald Dinnie. The search began initially by trying to locate a competitive weightlifter called Peter Puszer whose titles include Strongest Man in Slovakia. However, finding him proved to be the greatest challenge and the search went global, capturing the imagination of the local and national press.

Eventually, the mysterious Peter contacted the games, but was not able to visit to attempt to lift the stanes. Fortunately, the Games head-hunted muscleman Mark who is equally worthy of the ultimate strongman challenge.

Celebrated as the ‘World’s Greatest Athlete of the 19th Century’ with 20 Highland Games championships under his belt, Donald Dinnie famously carried the ‘Dinnie Stanes’ across the Potarch Bridge in Aberdeenshire in 1860 and then became a founding member of the Aboyne Highland Games in 1867.

If Donald Dinnie had the opportunity to compete in the Olympics in the 19th Century (or even possibly today) his strongman prowess and all round track and field talent would have catapulted him to true Olympic legend status. The Dinnie Stanes challenge is highly respected by strongmen and one that many have attempted, but not been able to complete without the use of aids in the past.

“Donald Dinnie is a historical figure at the very heart of these games, as he was a founding member of the Games back in 1867. Having a World Strongest Man competitor take on the Dinne Stone challenge at this special Homecoming Scotland 2014 Games will be really exciting and one of the many highlights of this year’s games.

“We have a great range of events lined up for 2014’s Aboyne Highland Games and there really is something for all members of the family to enjoy.” 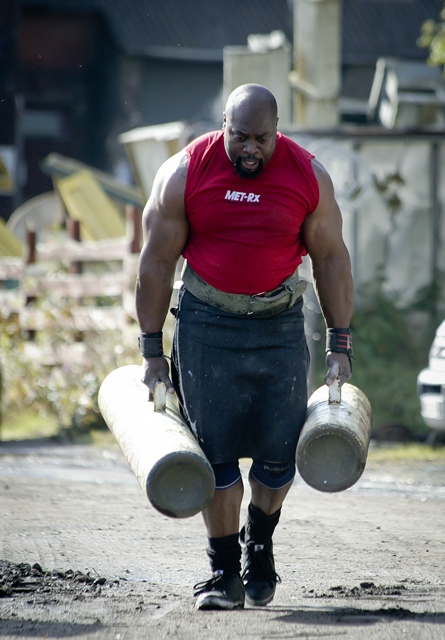 Mark Felix’s Dinnie Stanes attempt completes an exciting programme of events at this year’s games. More than 9000 visitors from all over the world will travel to Aboyne to enjoy an array of traditional events including the famous ‘heavies’ tossing the caber, throwing the heavy hammers, putting the shot, Tug o’ War, fiddle competition, as well as experiencing the stirring pipe bands and Scottish dancing.

And, all taking place in the stunning surroundings of Royal Deeside.

There will also be many other sporting events to see and take part in from the high jump to the junior sack race – a hugely popular event for children.

There is also the Fungle Hill race which offers the braver participants an extra tough circuit to test their legs on. Come and join us on August 2nd 2014.

“Aboyne Highland Games will see one of the most exciting feats of Homecoming Scotland 2014, when Mark Felix attempts to lift the legendary Dinnie Stones. Scotland is the perfect stage for events, and with over 9000 visitors from around the world set to visit Aberdeenshire in August, the Games will showcase the very best of Scottish tradition.”

Further information on the games and all of the activities can be found by visiting www.aboynegames.com