Can there be as few as three animals left on Tullos Hill, and if so, is that the end for these animals in our area?  Suzanne Kelly reports on recent developments. 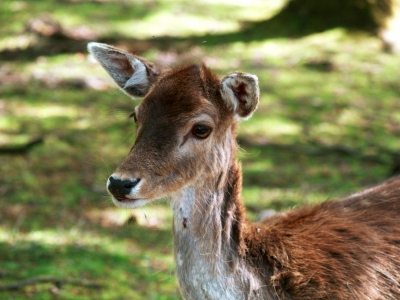 A herd of roe deer roamed for several decades in Aberdeen’s ‘Gramps’.

The herd, once estimated at over 70 animals (an estimate made by those who wanted the animals removed for a tree-planting scheme) was halved in a controversial covert cull.

Last month at least four deer were destroyed and their limbs found.

Police Scotland is investigating but the Scottish SPCA was not notified of these developments.

Local residents contacted Aberdeen Voice on two occasions concerning the welfare of the Aberdeen deer this year. In one instance, remains of four or five deer were found on Tullos Hill.

Walkers found police investigating the grisly find of deer limbs indicating someone or something had destroyed 4 animals. Meanwhile on Kincorth Hill, a walker reported finding a deer leg and mounds of a white powder to a city warden, who happened to be on the hill.

The warden related that skinned cat remains had been found. None of this information was relayed to the city or the police, despite the warden promising to do so. The warden apparently said he would inform the city; this appears not to have happened.

Following Freedom of Information Requests to the City and Police Scotland, it emerged that the police chose not to pass this information on to the Scottish SPCA. No action appears to be being taken to ensure the welfare of any remaining wildlife, or to investigate the cat remains.

A Police Scotland spokesperson had the following response (questions/details posed by Aberdeen Voice are in bold):

1.  A severed deer’s leg was found on Monday 13 January 2014 by a dog walker on Kincorth Hill during the day. They managed to find a ranger, and reported the leg, and strange mounds of white powder they had also seen. The ranger told this person that a skinned cat was also found recently on the hill. There is a photo of a dog with the found leg.

a.    Are these reports accurate?

“No. 2 relates to an incident reported to Police regarding the remains of 4 deer in the Loirston Country Park. This is currently being investigated in order to establish if in fact a crime has occurred or not. This is the only Wildlife incident I am aware of in the area and no other incidents have been reported to Police Scotland.”

b.    How many animals and of what kind have been found dead recently on these hills?

“Only leg remains were found and so cause of death is unknown.”

[Note:  If the legs were cleanly severed, then it was human involvement.  If it was torn, that is interesting, as the tree planting proponents insisted the deer had absolutely no ‘natural’ predators and therefore the city had to destroy them. Unless the police are alleging the animals died of illness or old age and the bodies mysteriously disappeared, it should be fairly possible to determine what took the legs off the animals.  SK]

d.    What is being done to ensure animal welfare in these areas? (at present I don’t believe there are any signs that prohibit poaching).

“At the moment I cannot confirm if any poaching has taken place (No.2). We have no other reference to animal welfare issues.”

e.    what agencies were made aware of this? Was the Scottish SPCA informed (it appears not – if not – why?)

“If poaching is reported, Police investigation will take place into the crime. Police Scotland would only contact SSPCA if an animal welfare issue was highlighted.”

[Note:  I would have thought that if someone or something is severing deer’s limbs, this might impact their welfare, and be worth at least a passing mention to the Scottish SPCA – SK]

Aberdeen City Council’s response is as follows (the same questions were asked):-

Are these reports accurate?

“No. There has been no report to a Countryside Ranger that a severed deer leg had been found on Kincorth Hill on or around Monday 13 January. A City Warden did see a dog with what appeared to be a deer leg but this was not reported to the Police.

“No Countryside Ranger was aware of any dead cat or piles of white powder being found. A member of the public did bring a cat pelt to the attention of a City Warden and this was reported to the Police by the City Warden. Any investigations into this are a Police matter. Regarding the 6 January incident on Tullos Hill, this is a Police matter as they attended the scene.”

How many animals and of what kind have been found dead recently on these hills?

“No other dead animals have been found recently on these hills or reported to Aberdeen City Council Countryside Ranger staff.”

How, if known, were the animals killed?

“Aberdeen City Council staff have not seen the reported remains in Question 1 so cannot comment on how they were killed. Information from the Police suggest that it would not be possible to tell how the deer were killed as only lower legs were found. Investigations into this are a Police matter.”

What is being done to ensure animal welfare in these areas? (at present I don’t believe there are any signs that prohibit poaching).

“The deer population is being professionally managed to ensure that there are no animal welfare issues relating to the deer population. The sites are regularly patrolled by Aberdeen City Council staff. There is no requirement to display signs prohibiting poaching. Poaching is illegal on all land. As with most criminal activity, signs are not generally posted to inform visitors that these acts are prohibited.”

What agencies were made aware of this? Was the Scottish SPCA informed (it appears not – if not – why?)

“This would be a Police matter as the incident was reported to and dealt with by the Police.”

“ACC is unable to provide you with information on What agencies were made aware of this? Was the Scottish SPCA informed (it appears not – if not – why?) as it is not held by the Council. In order to comply with its obligations under the terms of Regulation 10(4)(a) – Information Not Held – of the EIRs, ACC hereby gives notice that this information is not held by it.

[Note:  if anyone can explain to me what the city means when it says ‘making the information available is outweighed by the public interest in maintaining ‘Information Not Held’ – please get in touch, for this makes no sense to me, sorry to say.  SK]

“One dead roe deer was found on Kincorth Hill in 2013.  Occasional dead birds, mice and voles are seen each year due to natural causes or predation, no records kept of these.”

What is the estimated deer herd size now?

“Tullos Hill has recently been re-surveyed and there were three roe deer located on or adjacent to Tullos Hill on the day of the survey.”

Aberdeen Voice will be reporting further on Tullos Hill’s condition and related animal issues in the near future.