SURF the Don photographers had their work published without permission by Station House Media Unit (SHMU) in a booklet about Tillydrone. This unauthorised use of their images seems to have been because of a combination of Aberdeen City Council’s Sinclair Laing offering the images without consent and apparently suggesting they could be used by SHMU.  SHMU seems to have never sought permission from the photographers at the time, and didn’t clear the images in advance of publication.

More than two weeks on, and the photographers are no closer to compensation for the unauthorised use of images by SHMU in its ‘Tillydrone – the Guide’ Publication.  Furthermore, SHMU is now asking the artists to sign waivers granting SHMU permission to further use their images in an online version of the book.  Suzanne Kelly reports. 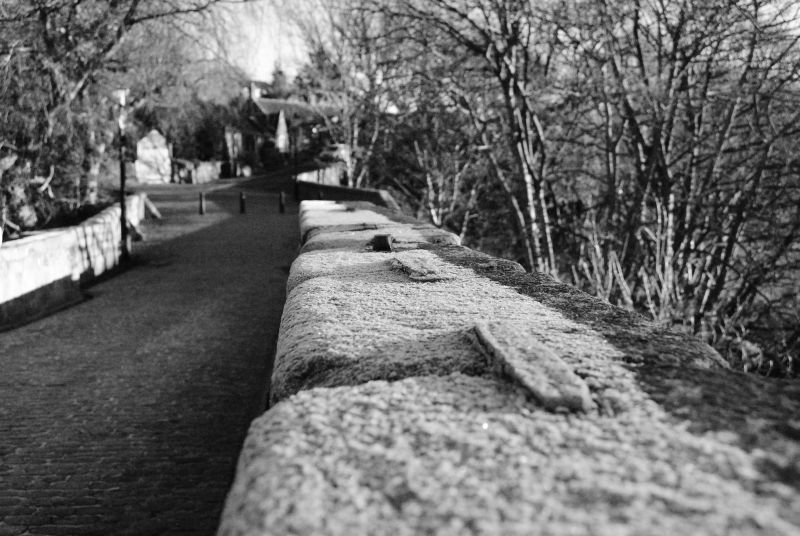 Aberdeen City Council’s Sinclair Laing was involved with the SURF the Don Photography project. This was an excellent project giving local photographers an opportunity to see their work celebrating the wildlife and diversity of the Don area promoted and exhibited.
However, Sinclair Laing seems to have decided to offer the photographs to SHMU for potential publication; the artists had no idea this was being done.

SHMU then published some of this work, again without anyone thinking to ‘clear’ (get permission, check copyright, and offer payment to the photographers involved) the work.

Some photographers are understandably unhappy, and despite receiving in the region of £200,000 per year from the taxpayer via Aberdeen City Council*, SHMU is not offering compensation.

Contact had been made with the Aberdeen City Council which claims, somewhat incorrectly in this instance, that:

“We respect the copyright of artists and their intellectual property rights”.

This doesn’t seem to be the first time imagery has been appropriated/shared/used by the City without asking for the copyright holder’s permission in advance. A photographer has been in touch to make such a charge with regard to the City’s ‘Seventeen’ website on which work was used without permission.

Artists maintain control of their work and they should be paid when their work is used, be it painting, design, photography, music or film. The fact that it costs artists money to create their work is the simplest explanation for this legal right to compensation. Many artists want their work to be used only in ways they approve, and not for instance to be used by political parties, as has happened to several songwriters in the recent past, without clearance.

Artists might also not want their older/less sophisticated images used, as happened to one of the photographers in the case of the ‘Tillydrone’ booklet, and they might not want their composition cropped or changed.

At least one person whose work was used by SHMU is not in full-time employment; and photography is an expensive art form. The cost of a good camera, darkroom supplies, time – they all mount up, and these artists have a legal right to be paid.

SHMU seemed initially apologetic. They also seemed displeased the story was going to run in Aberdeen Voice. In fact, they insisted that apologies to the artists concerned were imminent, and Aberdeen Voice duly mentioned this fact in the first article.

The apology letter, when it did arrive, was not exactly what was expected. In the letter the Voice saw, no offer of payment was made, nor was there a suitable explanation as to how a charity, running courses on how to be media professionals, didn’t seek clearance on the photos before printing booklets.

Rather than offering any money, SHMU decided this was the right opportunity to ask for more free rights from the image makers involved – and sent the photographers a waiver letter to sign, granting SHMU the right to run the booklet and the photos online.

Here is text of a letter a photographer received from SHMU:-

“I am contacting you as the Chief Executive of Station House Media Unit (shmu) which worked in partnership with other organisations to deliver the booklet, Tillydrone – The Guide.

“In the collation and design of the booklet, we used your image having been given access to the photographs which were part of the SURF project. However, we have recently been made aware that you were not consulted and your permission was not obtained for use in the booklet and we would like to apologise unreservedly for any upset that this may have caused.

“We were not the lead partner on this project, but ultimately the oversight of the design and distribution of the booklet was our responsibility. We passed a final draft copy of the booklet to our contact linked with the SURF project in order to check the images were credited properly. We received a comprehensive reply from our contact detailing a number of suggested changes, but with no mention of permission issues and therefore we believed permission had been granted.

“Having reviewed all the evidence from communications around approval for use of the images in the booklet we now realise that we should have made a more direct approach to each photographer personally and should not have assumed that third parties had obtained the necessary approvals from you.

“This was a community project with numerous partners with input from a broad range of organisations and individuals, which led to a more complex system of approvals for copy and images than would normally be the case. Shmu is an organisation that works on a broad range of partnership projects throughout the year and with this in mind, we will be reviewing our processes to make sure this does not happen again.

“I hope you are able to look on the project and your work within it in the spirit in which it was intended, as an exciting and positive document that is a useful community resource celebrating the rich heritage, history and environment of Tillydrone while also profiling the talent and diversity we have within our community.

“Please do not hesitate to contact me if you have any further queries about this project or the use of your image in the booklet. I would also be happy to meet you in person if you prefer.

Here is the enclosed permission letter

“Tillydrone- The Guide” (the “Booklet”)

“Permission for use of images

“I refer to such of my images(s) as were used by you in the collation and design of the Booklet, a printed copy of which I confirm I have received (the “Image(s)”). I note that you now wish to publish the Booklet on your website www.shmu.org.uk/ (“Your Website”).

“I confirm that I am the holder of the copyright and all other rights in the nature of copyright which subsist or will subsist, now or in the future, in any part of the world in the image(s).

“I hereby grant permission to you to reproduce the Image(s), along with a copyright attribution notice, on your website.

With an annual operating budget of approximately £500,000 – much of which comes from the taxpayer, it is hoped SHMU will now offer compensation.

[Stop Press:  It has been brought to Aberdeen Voice’s attention that SHMU is an administrator of a website, 57 Degrees North. This carries a helpful article on copyright, and the importance of artists seeking compensation and credit, which can be found here:  http://57north.org/news/copyright-infringement-practical-guide-musicians  by By Jayne Carmichael Norrie of the Forte Music School]

It is believed that a complaint will be made to the City Council’s Chief Executive, Valerie Watts. It should be noted some photographers are considering legal remedies. One person received a £250 settlement from the City using their images without permission in the recent past.

A further update will be forthcoming.