Two cheap goals at either end of the pitch in the early minutes of the first half ensured this to be a closely contested outing, writes Voice reporter Andrew Watson. 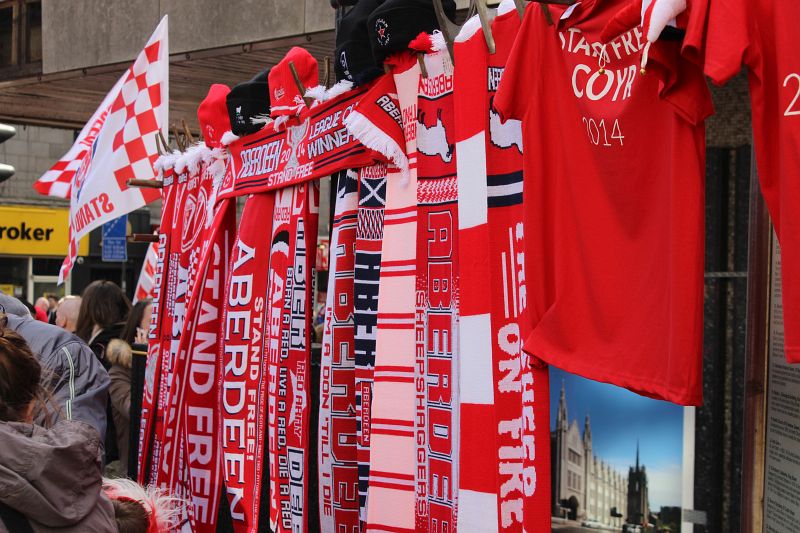 After some light drizzle it was a surprise that injured heroes Jonny Hayes and Peter Pawlett got wet via other means.  That being the pitch sprinklers whilst parading the League Cup, five minutes prior to kickoff.
There was even The Human League being played on the tannoy so the fans could chant ‘Peter Pawlett Baby’ over their hit ‘Don’t You Want Me’.

The duo were sorely missed in the centre of the park, and that’s where Kilmarnock found their opening.

The crowd proceeded for the remainder of the game to jibe Boyd with chants of ‘sumo’, digging at his weight issues over the years.

Aberdeen didn’t have to wait long for a response.  Nicky Low and Adam Rooney passed between each other to force space in the box, and Rooney duly drilled into the corner on the 17 minute mark.

There wasn’t much to write home about after that; in terms of the first half, anyway.  However, Niall McGinn had a bit of a howler; missing at least two clear cut chances to put his team ahead.

Things appeared to be approaching into stalemate in the second half, but tactical changes ensured against this.  Low was called to the bench in favour of Barry Robson after 61 minutes.

This geed up the Reds, and defender Mark Reynolds delivered a ball which Ryan Jack found on the 72 minute mark.

McGinn was then replaced by Declan McManus fourteen minutes later.

The Dons held their nerve against the Rugby Park men, eking out a valuable victory.

All in all it’s good they’re managing to win in such a fashion as this.  I mean to miss numerous chances to score, and not to regret it.