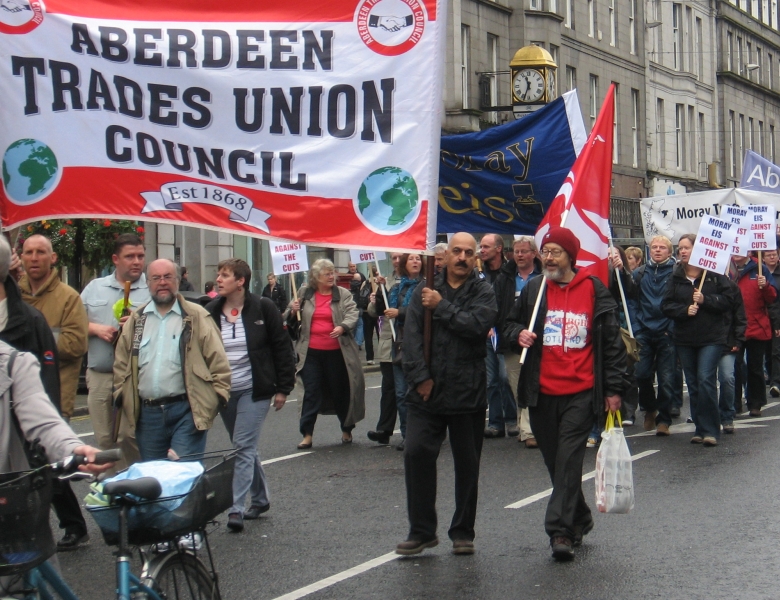 At its first meeting of 2014, delegates of Aberdeen Trades Union Council expressed grave concern at the lack of clarity regarding Police Scotland’s plans for Aberdeen.
Kevin Hutchens, an Executive Committee member and spokesperson for Aberdeen TUC stated:

“There is great concern that no public statement has been made confirming the future use of the Queen St offices of Police Scotland.

“It would be disastrous for many of our members who live and work in Aberdeen if these facilities are lost, especially on the back of the already announced Court Closures which are progressing at pace, with Stonehaven Court due to close at the end of May this year.

”We have particular concern for the many shopworkers, bus drivers and all other public sector workers who daily provide a service to the city.

“While call centres can provide a valuable service there is no real substitute for the face to face support a Police Officer at a community based public access front desk can provide.

“Needless to say it is also crucial that front line investigations of crime should also be pursued from the City Centre HQ.”

Kevin Hutchens went on to say:

“We are therefore calling on Police Scotland to confirm the long term future of the Aberdeen Queen Street HQ and all the services it provides there.”