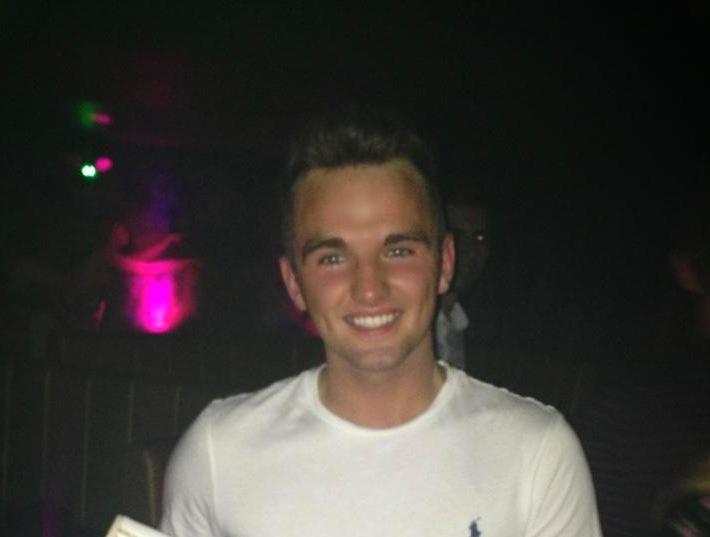 Chad MacGregor is a young local activist who supports the Conservative party and who campaigned for building in Union Terrace Gardens.

Following recent developments, he met with Suzanne Kelly for an interview.

Chad MacGregor may be known to those who follow political issues in Aberdeen; he is something of an activist for his young age. He was a supporter of the Granite Web scheme, and organised last year’s ‘protest against Aberdeen City Council.’ He is an outspoken campaigner, and has lately been working on a few projects for the Tory party, such as a website.

He hails from Torry, has lived and worked in the US, and for the record it happens that he is gay.

He has courted controversy online and is very outspoken to say the least. His language online can be provocative and peppered with four letter words. However, this hardly marks him out from the millions of other internet users in his age group.

So how did he find himself the subject of two Press & Journal articles, following his tweet which referred to SNP celebrity supporters as being ‘lefty Z-list celebrities?’ How accurate are these articles, how newsworthy are they, and could there have been any ulterior motive in their publication? What are MacGregor’s actual views, given that the internet has a host of contradictory, often inflammatory and offensive remarks attributed to him?

Chad’s activism has been known to me for some time now; his stance on the future of UnionTerraceGardens is pretty much in direct opposition to mine. I have seen contentions remarks – and a dubious image or two on his Facebook page, and elsewhere on social media. Quite frankly he is, on the face of it, someone I’ve not been able to understand.

One social media site has comments under his name with a photo, and other sites have completely contradictory opinions also attributed to him. However, I’d not given him much thought, until the Press & Journal ran two articles this week.

The first article came out on 6 January; it was written by Frank Cassidy. In part it reads:-

If the above paragraph made me wonder, then the follow-up article by Kenneth Watt forced me to do some research. On 7th January Watt wrote:-

“The Conservative group on Aberdeen City Council was said to be “all over the place” last night as a split emerged following online comments by a local party member… Group leader Fraser Forsyth insisted at the time that Mr MacGregor was not a party official. However, a new Aberdeen Conservative website launched yesterday, names Mr MacGregor as a campaigns organiser for the local executive committee.”
– Press & Journal 10 January 2014

MacGregor’s politics and views are more often than not the polar opposite to mine. However, these two stories and the paragraphs above made me wonder about a few things. A search of the internet made things more confusing: contradictory posts on a host of issues, the twitter messages, all of these pointed to a young man who ran hot one day and cold the next, who had great political ambition one moment, then appeared to be shooting himself in the foot the next. Who was this guy?

If he is a party official of some sort (and he is pictured, as a student, visiting the PM as part of a delegation), then his actions recalibrated the definition of self-destructive. I sent him a tweet.

An Interview with Chad:

In the past when I have uncovered political figures in contradictory or compromising statements, the responses to my contacting them tend to be dismissal and deflection, lack of response, and on more than one occasion threats of everything from legal action to my being reported to the Scottish Football Association (a long story). Chad however got straight back to me after I tweeted.

I sent him a list of some of the inflammatory, contradictory and just plain bizarre comments I’d found attributed to him. Was he going to sue or threaten? No, he suggested we meet to discuss.

I asked whether or not he was a party official.

“I am just a volunteer; I’m studying design and I’m good with computers. I made a website.”

We talk about the website Kenneth Watt referred to, which is not an official Conservative party site. It does list MacGregor as part of this grassroots group’s executive. The website clearly explains:-

“We are a voluntary organisation within the city which is solely funded by local party membership, subscriptions, donations and fund-raising events. We are open to all and everyone is welcome to join us or attend our campaigning or social events. We support the Scottish Conservative Party in a number of different ways.”

“The Press & Journal seems biased – Ken is a Labour man. After the second (Watt’s) article, people asked me ‘Why is Kenneth writing for the P&J?’ (The paper was hardly on Labour’s side over the web or in the present). I am most disappointed this made headlines; it must have been a very dry time for news.”

I think this is a very interesting question indeed, and one that made me wonder about the slant of this whole story, which after all is that a young activist conservative unionist tweeted that ‘Z list’ celebrities were being brought out to support the SNP, and that many tweets followed. It was hardly the twitter storm of the century. Indeed, neither side of the tweets show their authors in a great light.

Jane Godley’s tweets are certainly no more befitting a SNP spokesperson’s than this twenty-something activist with no official party role. She displays a good command of some four letter words and seems to have got stuck into the fray – but this is not reflected in the P&J articles.

However, if MacGregor was a party official of some sort, then age notwithstanding, he’s posted some extremely unwise remarks that would have reflected badly on his party. I ask if he wants a career in politics.

“Who would want to be a politician? If I were a councillor or someone who had a role, I’d have an obligation [about what to tweet and post]. I don’t see why anyone would want that kind of scrutiny. But I do think everyone should be active. These are times of austerity and drastic changes. Many people have become disillusioned.”

We talk about some social media sites. Either the man has some mental health issues and holds opposing views at the same time, or someone has made at least one or two fake accounts in his name in the past.

“I wrote to one of the social media sites when I learned about some of these posts, but have heard nothing back.”

It seems clear that there are comments out there attributed to him, which have nothing to do with him; he is concerned about them, and is continuing to try and do something about them. I contacted one of the social media sites in question on this matter, and likewise have had no response.

Chad was raised in Torry, where there is one elected Tory city councillor. It is not exactly the hotbed of conservatism. Chad explains that when his mother was struggling to bring up her children, it was a Tory party member who gave her practical advice and helped her find the best solutions for the family; he still feels that loyalty.

Don’t believe everything you read

We have two Press & Journal articles; one written by MacGregor’s fellow former Youth Council member who is active in Labour. The article makes no mention of this political affiliation and the clear conflict between Conservative and Labour inherent in Watt’s approach.

But then again, the P&J doesn’t see fit to explain the cosy relationship between its editor Damian Bates and his wife’s role at Trump International Golf Links Scotland: there are no stories about the problems on the estate, no stories on Trump’s beleaguered empire, and nothing but praise (6 out of 6) for the club’s restaurant.

The Watt article quotes several Tories as to what MacGregor’s role is, making it seem as if the party cannot even get that right. The website Watt refers to makes all quite clear; the website address was not part of the story, making it a bit difficult for people to easily get to the heart of the matter.

In the Cassidy article, the author claims in the paragraphs previously quoted that:

“Chad MacGregor, who claimed to be the party’s campaign manager in the city”

MacGregor made no such claim. If journalist Cassidy could not understand the difference between the website Chad worked on and the Conservative party, it is worrying.

Cassidy also claims that Chad removed his twitter profile. It is still there for all to see, complete with some choice words from some of the celebrities. For that matter, if Chad chooses to see these people as ‘Z list’, as a private person who is also a political activist, who is to deny him that right?

Chad and I are very different, but it has been an interesting meeting. I don’t agree with his politics nor he with mine – but this very odd, skewed P&J reporting has us both wondering. Precisely what the P&J is attempting to do in this case is a good question.  Perhaps they will explain once this piece is published.