The parish of Glenbuchat lies north west from the River Don, between Glenkindie and Strathdon. In the 19th century its population peaked at around 570 people who had ‘a strong sense of identity and fostered a powerful social spirit’.

At some point in the last 200 years the name started to appear in records as Glenbuchat. The Glen was proud of its tradition of ballads and violin and pipe music.

Towards the end of the 19th century, by which time the parish population had fallen to around 400, the people of the glen felt a need for a building in which to hold meetings and social events. Raising funds was not easy, but eventually the hall was built by public subscription, with donations received from the Laird, who also donated the land, and the shooting tenant.

The opening bazaar took place in September 1899. From that time until the First World War the hall was used regularly for a range of educational, training and social activities and events.

During and following the war, activities and fundraising dropped dramatically, and the building showed signs of wear and tear. Thanks to donations from the Women’s Rural Institute the hall was repaired and refurbished in 1924. It is likely that activities continued as before, but no record survives from this period. 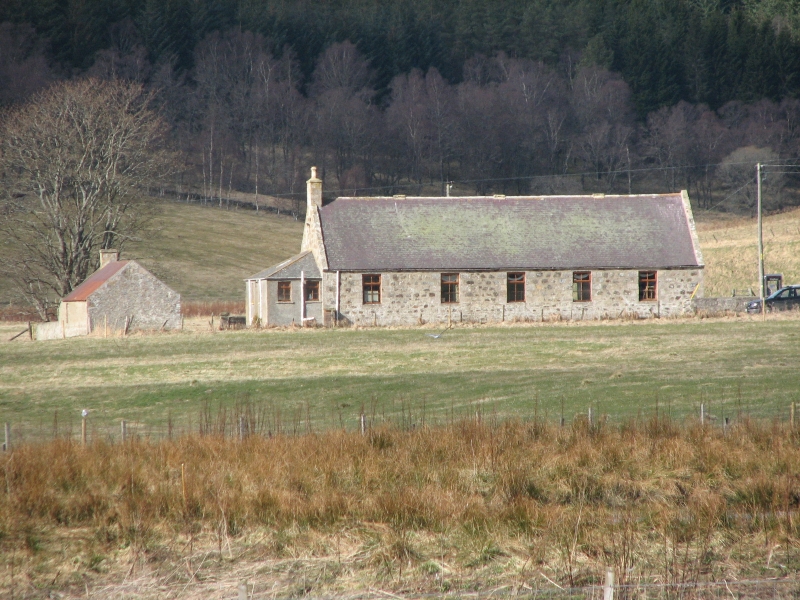 At the end of the Second World War fresh efforts were made to put the hall back into use and to carry out necessary works. However, it took nine years to raise sufficient funds to add lavatories to the building. From 1946 to 1962 there were regular activities, with many fundraisers for various good causes.

The latter part of the 20th century saw the population dwindle to fewer than 100, and activities in the hall diminish as social change saw less demand for the activities on offer.

By the end of the century, the building once again looked shabby.

Fortunately, a small group continued managing the hall and the Millenium ‘stirred old feelings of public responsibility for the hall …for community activity’

In 2005, the Glenbuchat Hall Community Association was formed to support the hall and activities.  The Objects of the Association were to

In 2007, around thirty residents gathered for two working weekends to undertake refurbishment and temporary repairs. In the last decade, the programme of social events throughout the year has grown, with current annual footfall estimated as more than 2500.

In 2010, the Association undertook a public consultation, which identified an aspiration to sustain the hall for future use, including adult education, a focus on environmental issues, wider access to the surrounding environment, increased arts and recreation facilities, development of a heritage group, and increased availability of the hall to other organisations. From this the Glenbuchat Hall Community Hub project developed. 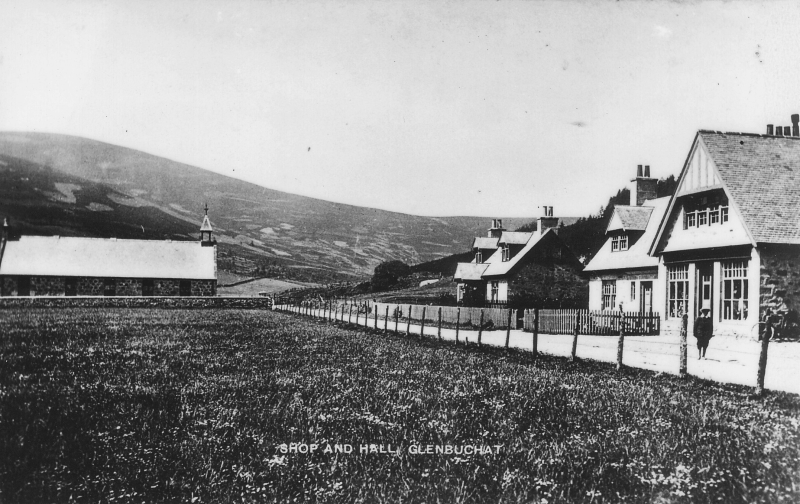 Thanks to considerable local fundraising, and generous grants from a number of bodies, the Association has installed air-to-air heat exchanger heating and has refurbished the hall with new toilets, disabled access and a kitchen.

The Association is developing an outbuilding as an additional smaller meeting room or entertainment space. When completed, it will be made available to selected organisations as a base for accessing the locality.

In 2013, the Association has hosted a community hall re-opening party, a film night and music events including the Cairngorm Ceilidh Trail where young musicians can develop and perform. There’s been a wedding reception, a private party, and the hall has acted as a major venue for North East Open Studios (NEOS) arts fortnight. It’s also the focal point of the community for Hogmanay celebrations and has been used for Burns suppers in the past. A Sound Festival collaborative project Framed Against the Sky used the hall as one of its venues.

Currently the Association has appointed installation artist Gill Russell as artist-in-residence for three months. We have had some fantastic musicians on our stage including Catford, As The Crow Flies and recently Son Al Son, an exciting collaboration between Cuban and Scottish musicians making fantastic salsa music.

Current plans include developing the programme of music events, including touring traditional music acts and contemporary music. Plans are afoot for a festival to celebrate the fiddle music of Alexander Walker 150 years after its original publication.

Future visiting acts will include The Locust Honey String Band on 4 Nov and an exciting trio comprising  Leah Abramson, Rayna Gelert and, from Petunia and the Vipers, Patrick Metzger, on 17 March. 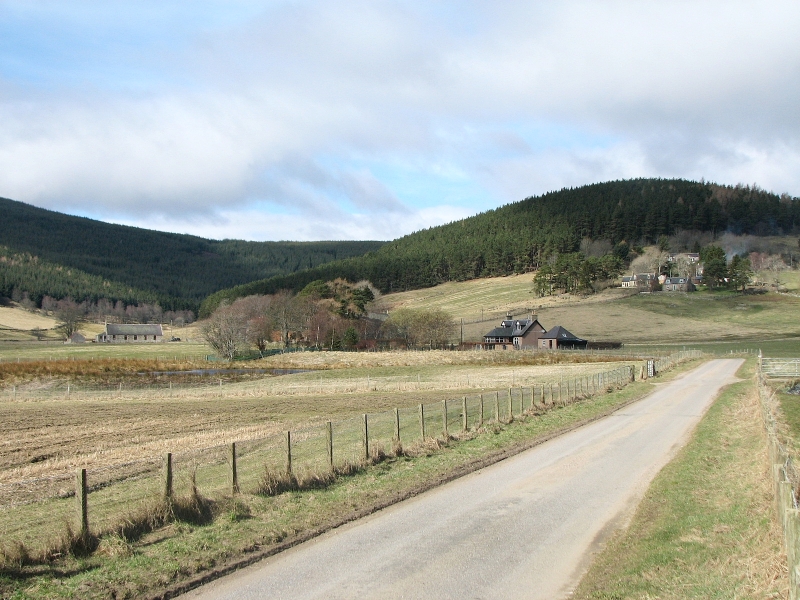 Fresh from outstanding reviews at last year’s Celtic Connections The Dardanelles will be appearing on 23 April.On 16 May we have one of the finest American roots music acts around with Cahalen Morrison & Eli West, reviewed twice previously in Aberdeen Voice.

Although building works ruled out a spring fair this year, this very popular event will no doubt return in 2014.  The Heritage Society is formed and is planning a range of activities, and the Association hopes to follow the current artist in residence programme with further residencies.

All of this demonstrates how we are attempting to reach out to the wider community.

Community halls throughout the country face difficult times but in rural locations they are a precious resource. In Glenbuchat we are fortunate to have the hall as a focal point for community activity and  hope we can continue to engage both the local and wider community. That ‘strong sense of identity and powerful social spirit’ described in the opening paragraph lives on in Glenbuchat!