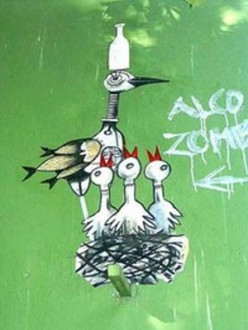 It is not unknown that in the Northeast there is now a considerable part of the population of Eastern and Central European descent.

The Shared Planet society have thus been inclined to host musical events, dance, music and cookery workshops, talks and possibly a photograph exhibition to bring the color of that culture to the Northeast for two weeks.

The series of events, organised by Shared Planet Society and supported by the Polish Soc, Lithuanian Soc, German Soc, Climate Change Project and Amnesty International, are more or less a warm effort to invoke cultural understanding and the idea of integration into our community.

Described as a sense experience, the events are intended to be colourful, musical, sumptuous and informative; a veritable tapestry of the Eastern European experience.

The collaboration of the diverse societies of Aberdeen University can be experienced at the communal club night, taking place on Friday the 18th of March in the Tunnels. The Eastern European Diversity Club Night offers a variety of music ranging from Balkan Beat, through Klezmer, traditional and modern Lithuanian vibes, Polish tunes to Estonian rock. Next to more interactive happenings at the Club Night and Polish and Romanian Cookery Workshops, the Fortnight offers six different talks informing different aspects of Central and Eastern European life, language, history and identity.

On the 23rd of March, there will be music workshops focusing on Balkan music and the tradition of Klezmer music and dance, which is essentially an ethnic Jewish tradition but undergoing revival in different forms such as jazz and modern folk music. The idea most prevalent in the Klezmer tradition is the expression of human emotions, from grief to joy, and it is ultimately a celebration of the joy of living.

Also on the 23rd,  a Klezmer dance workshop will be followed by a concert, which marks one of the highlights of the Fortnight.

The concert will be given by She’Koyokh, who describe themselves on their webpage as London’s “klezmer sensation”, performing Eastern European and Balkan folk music at international festivals and concert halls, performing lively and particularly vibrant music, one cannot resist dancing to.

A less raucous but nonetheless engaging element of the culture awareness week will be a series of talks by academics of various departments from the University of Aberdeen on the significance of understanding Central and Eastern cultural identity and history within the Northeast community.

One of the interests of the Shared Planet society is to nudge people into understanding the new element that exists within not only the Northeast, but the entire community in Scotland, an element that is rich in history, culture and taste.

These talks, along with the possibility of a photography exhibition titled “Scotland Through our Eyes” during the course of the fortnight,  are simply a demonstration of community feeling and warmth towards relatively new neighbours. It will be a varied and sensual experience, aural, visual and for the sense of taste as well.

It is certainly worth picking one of these events to go to, even better to enjoy the whole experience. 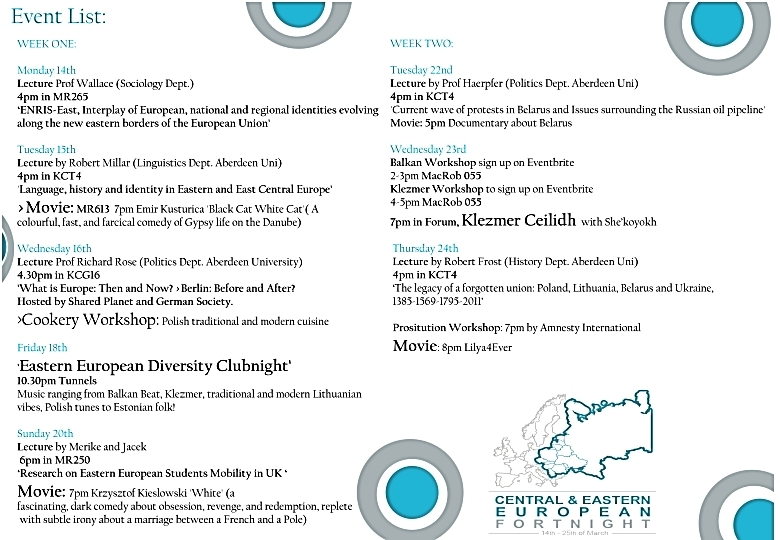