We all love the web. Information undreamed of by our parents and grandparents is just a short search away. With just a few mouse clicks we can research the history of the transatlantic ice trade of the 1840s, the life and times of Field Marshall Edmund Ironside, and the reason why a chap by the name of Verner Sebisch lies buried in a Moray cemetery. Duncan Harley writes. 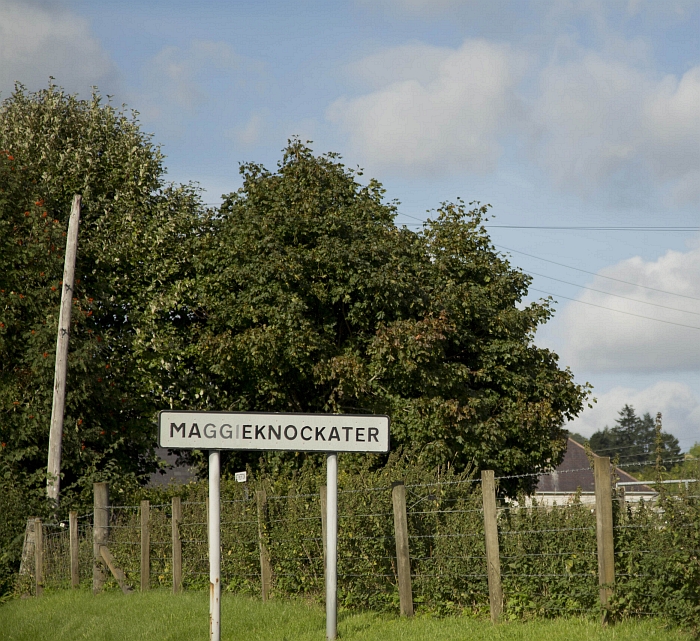 The web can advise us what our normal blood pressure should be, whether it would be wise to host a barbecue next Sunday, weatherwise; and, if we search hard enough, what the average person in Torry eats for lunch on a typical wet Tuesday.
Then of course there is Maggieknockater.

For those not in the know, Maggieknockater, or in the Scots Gaelic, Mathg an Fhucadair, is a village on the A95 between Craigellachie and Keith.

Well known in country dancing circles and part of the extensive lore of the Whisky Trail, it’s quite a mouthful.

When asked where they live, locals often tell the enquirer Craigellachie, or even Dufftown, rather than the truth. Seemingly if they say Maggieknockater, the enquirer often falls down laughing.

Folk in the North East villages of Glass, Lost, Jericho and Knock apparently have the same problem.

For those living in the village of Premnay just north of Inverurie, the situation is even more problematic since both the Ordnance Survey maps and the roadside signposts spell Premnay as Auchleven, meaning that no one can even find the place, never mind laugh at the residents!

If you check the web for the name Maggieknockater you are likely to find explanations ranging from ‘arable land on the forest’s lower slopes’ to ‘the fullers field’. However there is much more to the place than that. For a start, Mary Queen of Scots may have stayed at the nearby Gauldwell Castle during her tour of Scotland in 1561.

Mind you, she stayed at some seventy Scottish castle residences during her travels, so perhaps Maggieknockater requires a somewhat greater claim to fame to justify the long name.

The Maggieknockater school was of course closed in the 1960s and the local church was famously turned into a home in the early 1970s. What was once a smithy is now a garage but still in the hands of the MacLean family, which has lived there for quite a few generations.  Maggieknockater formerly had a post office which seemingly opened in June 1876 and closed in the mid-20th century.

Not much going for the place perhaps, unless you count the bees.

It seems that up until the late 1960s there was large apiary in the village. 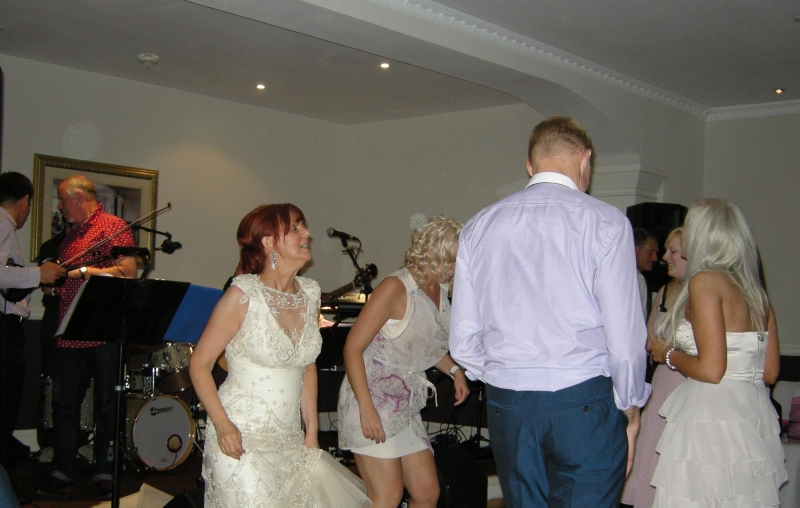 It was started by an Aberdonian by the name of George McLean who made heather honey on a grand scale and sold it far and wide.
Crate loads of the stuff went to Ireland and outlets all over the UK, but the best was sold at the roadside to passing motorists who saw the Maggieknockater Apiary as a welcome pit stop on the road to either Craigellachie or Keith.

George was in fact one of the most prominent beekeepers in Scotland.

A farmer, grocer and blacksmith, he was also the secretary of the North of Scotland Beekeepers’ Association for a time.

The man died some years ago at a very ripe old age but his legacy lives on in the Scottish country dance “The Bees of Maggieknockater”.

Internationally famous and a favourite of those in the know, it runs something like:

It’s a fun dance indeed, which was devised by an Englishman by the name of John Drewry. The dance is a 32-step jig, requiring four couples to dance facing each other. Forres Country Dance is the usual tune used. Seemingly John, a computer programmer from Aberdeen, was inspired by the banks of beehives at Maggieknockater; although in fact he never took the time to stop and buy any of George’s honey!

John wrote some 300 Highland dances but perhaps this is his finest. While in Banff, Alberta in the 1980s, he witnessed a comedy sketch of the dance written to Rimsky Korsakov’s ‘Flight of the Bumble Bee’. Sadly George McLean missed it by a few years, but he would probably have been proud of the spectacle.

As regards the web, Edmund Ironside was the man in charge of Britain’s coastal defences in 1940, Verner Sebisch was one of 4 crewmen who died when their Junkers ju 188 bomber crashed 5km northwest of Rothes in the midsummer of 1944, and the folk of Torry eat various things for lunch on a typical Tuesday.

As regards blood pressure? Make an appointment to discuss this with your GP, since you can never completely trust the web.

The Bees of Maggieknockater is a lovely Highland dance. Next time you are on the A95 between Craigellachie and Keith, take a wee minute to remember George and John, as you pass the village.

After all, they combined to make Maggieknockater internationally famous.

4 Responses to “The Bees’ Knees of Maggieknockater”