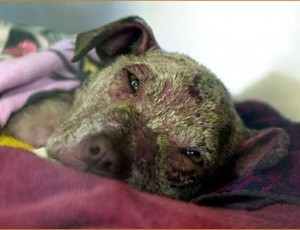 In the past few weeks several serious incidents have brought home the fact we must watch out for our pets and our neighbours’ pets.

Pet cats that don’t normally stray are going missing in all parts of the city but notably Torry, Cove and Kincorth.

Animals are also being abandoned by their owners which is a criminal offence.

More alarming incidents include the following:-

Perhaps the most alarming recent story is this one:

A man (slender build, northern English accent) tried to steal someone’s pet Labrador on Sunday 15th September in the Bridge of Don area.  The would-be thief deliberately lured the pet (which had been running free on a beach with its owner nearby) with food and then put a lead on the dog, attempting to remove it. The owner thankfully was able to run to the scene.

When confronted the would-be thief attempted to say he believed the dog was his – which he claimed to have lost. As any dog owner can tell you – this simply doesn’t wash: you know your dog from other dogs.

It is possible that animals are being stolen to be sold on for profit or to be kept in the hope that a finders’ reward will be offered. It is also possible that dogs and cats are being used in illegal, brutal dog-fighting. In case there is any doubt at all – dogfighting is illegal and conviction can lead to severe penalties in law.

Most dogs do not naturally want to fight other dogs. Sometimes they are tortured and beaten until they will do so. In fighting dog training other animals including cats and smaller dogs can be used to “blood” dogs and brutalise them.

Individuals who enjoy inflicting pain on other living creatures who are otherwise innocent and helpless often go on to do the same to people. It is a cycle of violence which must be spotted and broken before it escalates.

The police and the Scottish SPCA want to know of any illegal activity going on concerning animal abuse, abandonment and dog fighting.  You can be completely anonymous. Sometimes rewards are offered depending on the situation.

It is far better to share your suspicions and let them be checked out than to do nothing. You may be in the position to stop suffering; please don’t just turn away if you have any information.

Here’s what to do:

If you know anything about organised dog fighting please contact without delay the police, the Scottish SPCA and/or Crimestoppers. You can do so anonymously if you wish. You could help save innocent animals from extreme pain and suffering.

If you see any animals being mistreated or neglected please get in touch with the authorities as above. The people who can help these animals need as much information as they can get and they need it as quickly as possible.

Look out for the signs: dogs that have obvious injuries or scars on their bodies and faces may be involved in dog fighting. If you have any suspicions it is important you raise them with the Scottish SPCA. A quick SSPCA inspection can rule out deliberate cruelty or dog fighting or it could provide the evidence needed to rescue animals from further cruelty and prosecute the perpetrators.

Anyone who is not comfortable making direct contact with the Scottish SPCA, the police, or Crimestoppers can, for non-urgent matters, send an email to stop.dogfights@yahoo.co.uk. You can also write to that email address to go on an anonymous mailing list to be kept updated with the campaign. No one else will get your details.

Finally – keep an eye out for your pets and your neighbour’s pets. If you see anything suspicious report it swiftly. Only intervene if it is safe to do so. Note details of any people and vehicles involved. Remember cruelty to animals is a criminal offence. If you see a crime in progress dial 999 immediately. Everyone can help protect our pets; we must not let these crimes go unsolved.

Scottish Society for the Prevention of Cruelty to Animals
Main number 03000 999 999
Website http://www.scottishspca.org/

4 Responses to “Animal Related Crime – Vigilance Required – How To Help”