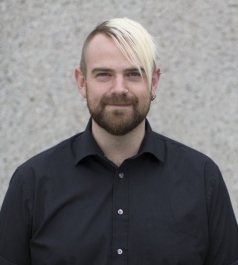 A new facility in Aberdeen, run by VSA, a social care charity that supports more than 2,500 people each year in the city and shire, has launched a plea to local people with unwanted memorabilia and accessories dating back to the sixties, seventies and eighties.

The project, funded by Aberdeen City Council’s Change Fund will be a community-based facility for adults aged over 50 who are cared for at home.  It plans to support around 150 people each week.

“We’re aiming for a March launch but are just waiting on confirmation from the Care Inspectorate.  We can’t reveal too much until everything’s confirmed.

“The project has been on the go for months now and we don’t want to jinx it.  But we can say that, as far as we know, there’s nothing else like it Aberdeen.  We’re so excited.

“But this doesn’t mean we can’t start getting organised.  Because it’s a facility for older people, the building and activities within it will be largely based around reminiscence.  We’re looking for a quirky selection of vintage items and hope that the kind-hearted people of Aberdeen can reach out to help us.  We have a wish list but we’re generally really open to anything from the specified eras.

“We’re also keen to hear from people who want to volunteer their time to support the more vulnerable people in their community.  In particular, we’d love trainee hairdressers or beauticians who can offer a bit of pampering.”

The 22 King’s Gate wish list is based around memorabilia, decorations, wall-hangings and miscellaneous items from 1960s, 1970s and 1980s but specifically includes: