A few lucky souls got an advance copy of Oh Myyy! There Goes The Internet, George Takei’s latest literary offering. Aberdeen Voice’s Suzanne Kelly was one of them, and she’s very glad indeed. 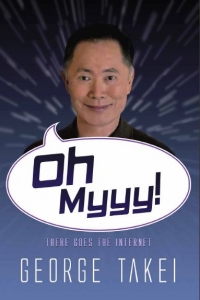 Wielding his pen with the same flair Sulu wielded a rapier in Star Trek, the wit of George Takei cuts grammar Nazis, spammers, homophobes, trolls and other ne’er-do-wells down to size.

Is this book an updated biography? Is it a how-to manual on effectively using social media? A treatise on tolerance and equality? A history of the internet? A philosophical discourse examining issues such as collective intelligence?

Perhaps it is a compendium of memes found on the net that will make you laugh out loud?

Yes to all these, and then some, including an examination of our fascination with the end of the world, and… bacon.

Taking its name from the exclamation of surprise now synonymous with Takei, Oh Myyy! mixes  pearls of wisdom with memes (those cute/funny/cringe-making photos and captions found on Facebook and other social  media websites). One moment the reader is presented with offerings such as:

“Have we as a society forgotten the importance of satire in our cultural dialogue? Have we grown so afraid of offending that we no longer dare pose the hard questions, or even the easy ones?”

The next, he/she is laughing out loud (perhaps I should say ‘LOL’) at memes of cats or tweets directed to Schwarzenegger.

The book also charts Takei’s journey from his early Twitter forays to becoming the de facto centre of news and fundraising when the 2011 Japanese tsunami and quake hit. No one could have foreseen his meteoric rise as a presence in social media from his early tweets and posts, but his messages and Public Service Announcements have become viral sensations.

Whether tackling an increasingly-fundamentalist element of American politics and its anti-gay legislation proposals, or the insidious and insipid Twilight franchise, Takei sets out to entertain and educate us: this strategy is key to what he has achieved.

Takei is not infallible and is the first to admit this, for instance owning up to accidentally posting Facebook status updates meant for intimate friends which went world-wide instead.

One of the book’s recurring themes is his sense of social responsibility. While he wants to post items on his home page to make people laugh, he also genuinely wishes to help as many deserving causes as he can. 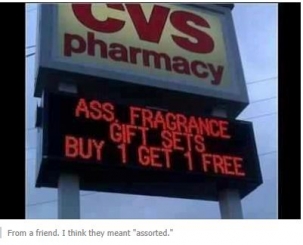 Recognised world-wide as a humanitarian (most recently launching an appeal for the people hit by hurricane Sandy), Takei has been decorated by Japan in recognition for services to Japanese-American relations.

He is heavily involved in his legacy project ‘Allegiance’ – a musical concerning his experiences as a Japanese internment camp detainee in America.  Takei is recognised the world over for his work to bring about equality for LGBT people, notably taking to task high-profile homophobic American figures.

Takei survived early life ordeals (spent in part in an American internment camp for those of Japanese ancestry and subsequent poverty before the family recovered) going on to carve out an incredible acting career, fight successfully for his beliefs, help just causes, and entertain like no  one else can on social media.  I personally think the secret to his tenacity, endurance and success is his sense of humour, which is splendidly wicked.

In the book’s closing pages, Takei asks us to ‘dig a bit deeper on the pressing questions of the day’ and to ‘remember to keep things lighthearted so as not to take ourselves too seriously.’ Truer words were never tweeted. Finally, he describes himself as ‘laughing alongside you as the naughty gay Asian uncle you wish you had.’ Takei is that uncle for several million people the world over.

This collection of gems will repay your attention with laughs one moment and food for thought regarding social issues the next. Fans of Takei (over 3 million Facebook likes) will perhaps appreciate most the author’s winsome tone ringing true in every sentence.

A famous model once said: ‘I never read any books I haven’t written,’ a risible claim as it was well-known her novels were ghosted. Takei may have had some help from his husband, some interns and others – but these are his words and thoughts presented in his own inimitable style.

Takei writes that he is dazzled and inspired by our technological society; this is evident in the way he uses media and in how he writes. It is often hard to remember this is a 75-year-old man; his energy and enthusiastic embrace of technology should inspire people of all ages to push the boundaries of their skills, to learn, and to explore.

Note: in Aberdeen, Silver City Surfers are ready, willing and able to help older citizens get to grips with computers and the internet. Contact them here if you need help getting online: http://www.silvercitysurfers.co.uk/

The downside for some Aberdonians is that, while George once referred to Donald Trump as a douchebag, he now seems to think there is a side to the Donald that is willing to listen. Many local residents will agree with Takei’s first assessment.

Below is a link for buying Oh Myyy! There Goes The Internet. This is not a read for the humourless, easily offended grammar Nazi troll, but it is great fun for the rest of us. As one Amazon reviewer put it:

“I got the e-book a week ago in the pre-sell and have already read it through twice and have directed many of my friends to get it for themselves. You will not be disappointed! Why haven’t you stopped reading this review and clicked on ‘Add to Cart’? ;)”

The pre-order copy has an extra chapter providing further insight into Takei’s world.  This closes with the words: ‘May we Live Long and Prosper Together,’ a noble sentiment echoing Star Trek’s famous Vulcan greeting.

Live long and prosper together? If more people had Takei’s social conscience, enthusiasm, optimism, humour and energy, then I dare say we could do.