“On 11th June 2012, the government announced significant changes to the family migration rules in the UK. The key changes, which will largely come into force from 9 July 2012, include a new income requirement of £18,600 for people wishing to sponsor a partner to come to the UK, an extended period, of from two to five years, before spouses and partners can apply for settlement in the UK, and a review of the application of Article 8 of the European Convention on Human Rights to immigration cases.”  – Migrants Rights Network 2012 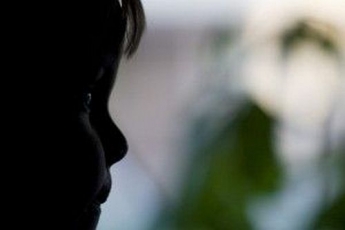 As you may be aware, the UK government has recently changed its policy on family immigration. The changes, in my opinion, are regressive, sexist, classist and racist and must be challenged.

The reforms will disproportionally affect those on lower incomes.

That figure increases if the sponsor happens to live in an area outside SE England where incomes are lower, for example, Scotland(48%) or Wales(51%). The changes will also disproportionally affect women, who are still paid less than men, ethnic minorities, who often earn lower wages and younger couples, who tend to be paid less.

The European Convention on Human Rights Article 8 grants the ‘Right to Family Life’ to all citizens but this legislation would appear to undermine that Right and remove access to it for a large number of citizens. Migrants’ groups, such as the Migrants Rights Network, have also expressed ‘real concern’ at governmental plans to provide strict guidelines to UK Border Agency caseworkers.

There are also concerns about advice given to courts on how rights to private and family life should be weighed up against the wider public interest in immigration cases. In a Family Migration briefing from earlier this year, the Migrants’ Rights Network stated,

“There are real concerns about the implications of Parliament setting specific guidelines on this matter, particularly where they are directly aimed at reducing the numbers of successful Article 8 cases in the courts. We are concerned that this change could result in rule-making which undermines the right to family life in favour of political, rather than public, interest.”

On a more emotive level, it concerns and saddens me that Conservative ideology and its intrinsic prejudice, when translated into immigration policy, can ruthlessly tear apart relationships and families. It is of extra-special concern to me that these policies which target the poorest in our society would go virtually unchallenged by other political parties in the UK Parliament.

I write to you today not only to bring this issue to your attention, but also to ask for help and advice on this matter as I am directly affected by this most regressive of policies. I earn well below the £18,600 threshold to be a sponsor and I feel that my only option to remain with my long term, non-EU, partner is to leave the UK and attempt to settle in a country with a more progressive approach to immigration.