Old Susannah looks at recycled paper in the shape of old news and defines some tricky terms we will all too soon be bombarded with in the run up to the London Olympics.  By Suzanne Kelly. 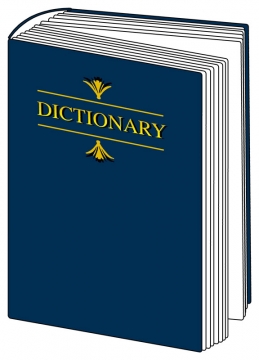 What a week it has been in Aberdeen! This was the story everyone was talking about:

“Animals ‘starved to death’ on tree-planting site” were the headline and tagline which greeted readers of the Evening Express online on Monday 16th April. My phones rang, my email filled up, and Facebook was buzzing with questions from those who saw this ground-breaking news story. ‘How did the deer die? When were they found? How old were they?’ were all questions people wanted answered.

It soon transpired that in the text of the printed news story, anyone who took the trouble to read the piece learnt that the deer died… in 2010. Yes, that’s right, the headline referred to deer which died two years ago.

Old Susannah is happy to say that after a wee chat with the EE’s deputy, a correction was made online (I did ask for something in print, but apparently this is not happening).

I told the EE’s deputy editor that this headline was akin to putting up a headline ‘Titanic sinks’ in a newspaper today. He seemed to think I was equating the loss of all those lives with two deer and he didn’t think that was the right thing to do.

But I happily explained to him that I was making an analogy as to printing old news in a paper, without making absolutely clear in the headline that the news is old. I think he got the idea in the end.

But someone came to the Evening Express ‘on Monday’ with ‘a report’ – which led to the story being written. Hmm. Can we think of anyone who would want people to believe deer need to be culled or they will starve? Someone who might perhaps want to get re-elected, stay in their job, get money for the tree scheme – could such a person be behind this? I think we should be told. I’ve asked the Evening Express and the Council who is responsible for this strange, belated tale. Please feel free to ask them, too.

The first to be called ‘WOOLY MAMMOTH DIED ON TULLOS HILL IN ADVANCE OF CULL’ – it will explain the hill is too small to support many mammoths, and the mammoth is thought to have died having been hunted to extinction by members of the primitive ‘LibDem’ tribe – ten thousand years ago.

The other story I am working on is ‘EVENING EXPRESS FOUND DEAD IN ADVANCE OF CULL: CAUSE OF DEATH BELIEVED RELATED TO POOR CIRCULATION.’

The ConDems are proud to present (no expense spared): The 2012 Olympic Games!

Just when you think you have some kind of entente cordial with these guys, they plant the seed in everyone’s mind that deer are starving and that only by killing them can we prevent the tragedy of them dying.  How and why an ancient letter was not only presented to the EE and then turned into a ‘news’ headline is as much a mystery as the stone cairns on Tullos we will soon obscure with dead and dying tree saplings. Sigh.

Perhaps if I send the Eve Express the old letters I have which prove:

a) The cull was long planned and deliberately kept out of the public consultation and
b) The city was chased for not paying up on time the £43,800 it owed to the Forestry Commission, these letters too might be transformed into brand new news stories.

But I don’t think I’ll bank on it. It’s as if someone were playing silly games.

While we are on the subject of silly games (which I just got us onto of course), it won’t be long now until the London 2012 Olympics start! Result!

People don’t want to think about jobs, pensions, pollution, EU scandals, water companies that don’t fix their infrastructure which leads to drought: people want bread and circuses (another thing the Romans ever did for us). Therefore, the ConDems are proud to present (no expense spared): The 2012 Olympic Games! Result!

Logo: (noun) – an emblem or design linked to a movement, company or other entity.

You thought the ACSEF logo was brilliant; it was. Well, the boundaries have been pushed; thinking has taken place outside the box, and the beautiful, elegant 2012 logo was launched. It graces everything from chocolate bar wrappers (which I’m sure the athletes gulp down by the case) to chequebooks. Who will ever forget those precisely-formed, joined up ‘2012’ numbers?

The only thing I can think of that was as pretty and chunky was our own ‘Monolith’ design, which sadly won’t be built. Some people say the ‘2012’ lettering looks like it was done by a 9-year-old with a crayon in the back of a car with bad suspension, but this is just artistic jealousy. Whether or not the artistic talents behind the granite web had any input is unconfirmed.

Mascot: (noun) – a character or animal linked to a movement, company or other entity.

The American Olympic Games gave us a cuddly version of the American eagle wearing an ‘Uncle Sam’s hat’. The Moscow Olympics gave us a bear. How very passé.

The greatest British design teams toiled day and night, and have come up with Wenlock and his friends. What better way to sum up what our collective of nations is all about than a long, thin blob thing with a giant bloodshot eye on the top of it? I don’t know what it is – do you know what it is? Would you have this thing in your house?

Why would you buy one? Again – what the heck is it? I am sorry I started down the path of trying to define Wenlock – and think I’d best forget about his other little friends, too.

Commemorative stamps: (noun) a postal stamp or set of stamps issued to mark an historic event, occasion, person or place of importance.

Elvis had a stamp. The Beatles had a set of stamps. And now for the first time in recorded history – we will get a brand new stamp issued instantly every time a British Athlete wins a Gold Medal.  That’s going to be an awful lot of stamps I can tell you.

I intend to camp out at my post office with a portable tv so I can watch the women’s 25 meter tag shotput heptathalon event, and be the first person in Torry to get the Gold medal stamp. I trust you are all as excited about this development as I am.

The only thing I found more exciting is that it will soon cost £0.60 each time I want to send a first class letter. That is presuming whatever envelope I want to use can fit through that silly little guide thing they now have – kind of like a version of ‘The Wall’ for envelopes instead of people. Perhaps ‘The Wall’ should be an Olympic event?

Poetry Parnassus: (noun – modern English) – an event invented for the 2012 Olympics so that intellectuals will feel part of the whole wonderful Olympic thing, too.

This is the concept (although there aren’t enough poets yet – volunteers should call the Olympic HQ): there will be a helicopter drop of 100,000 poems printed on bookmark size paper onto the happy Olympic fans. Result! This will apparently take half an hour. I can’t decide whether to get down to London for this and then find a post office to wait at for the first Gold Medal Stamp or not.

I’m afraid all this Olympic excitement has overtired me. Otherwise I could have reminded everyone of the story of Native American, Jim Thorpe. Thorpe was perhaps the greatest athlete the modern Olympics ever knew. He won everything. Decathlon, everything – it was a great triumph and he fought a great deal of discrimination to get that far.

But it turned out he had once been paid for playing ball – and so was theoretically a professional. All of his medals were stripped away by our always-honest and rule-abiding Olympic authorities. However, his accomplishments still stand.

Today’s athletes have been known to endorse products, be paid professionals, and to use the occasional ‘enhancer’. But for me, none of them could hold a candle to Thorpe. Must remember to tell you about him sometime.

Next week: Election round up – and news flash! Ancient Pictish/Celtic warrior found dead on Tullos ahead of cull!