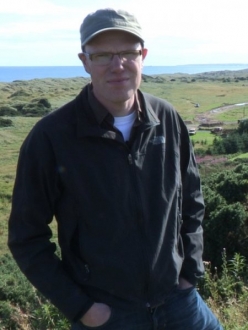 Anthony Baxter and Richard Phinney continue their triumphant world-wide tour of multi award-winning documentary, ‘you’ve been trumped’.
Well received and recognised with awards from around the world, there are those who are not very happy.

The Trump Organisation has responded ferociously to the news that You’ve Been Trumped has won yet another award, this time in Donald Trump’s backyard at the star-studded Hamptons International Film Festival.

George Sorial, Director of International Development at the Trump Organisation, said in a statement to MSNBC.

“The film only presents the myopic views of a very small fringe element that are not respected and are widely regarded as a national embarrassment for Scotland.”

A full version of Anthony Baxter’s interview, and the Trump Organisation’s response, can be viewed here on the MSNBC website.  An interview on NY1 New York can also be viewed here.

Tonight in New York, Baxter will be presented with the Victor Rabinowitz and Joanne Grant Award for Social Justice Award by the Hamptons International Film Festival Programming Manager Cameron Yates. The award, named after one of America’s most famous civil rights
lawyers, is given to “a film that most exhibits the values of peace, equality and global justice.”

Baxter will appear on a special panel about Documentary Filmmakers Taking on Power at the Paley Centre in New York on Thursday night.  Full details can be viewed here.

You’ve Been Trumped has been praised by Michael Moore, who handpicked the film for his festival in Michigan (where it won the Special Jury
Award).  And in the UK, You’ve Been Trumped won the top environmental award for documentary films, for exposing, in the words of the international jury:

“one of the most shocking environmental crimes in UK history.”

Turned down by the government-backed Edinburgh International Film Festival, the documentary later won Best Picture honours at the EdinDocs Festival.

You’ve Been Trumped has just completed another successful week long run at the Aberdeen Belmont Picturehouse and will resume for a further week’s run at Dundee Contemporary Arts (DCA) from Friday 21 October 2011.  The film will also be playing in cinemas in England as well as festivals in Bermuda, Taiwan and Australia over the coming weeks.

A full list of forthcoming screenings can be seen here.