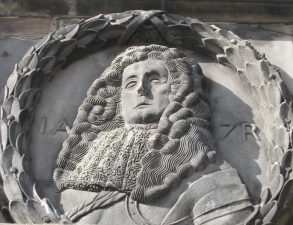 With Thanks to Mike Shepherd.

Peter Williamson was kidnapped from Aberdeen harbour in 1743 and shipped as a child slave to the American colonies.

Last week’s article gave Peter’s own account of his kidnapping; this week describes what happened next.

Peter was bought for $16 by a fellow scot Hugh Wilson and indentured to serve him for seven years. Hugh was humane and looked after Peter well providing him with an education.

“With this good master I continued till I was seventeen years old, when he died, and as a reward for my faithful service, he left me $200 currency, his best horse, saddle and all his wearing apparel.

Being now my own master, having money in my pocket, and all other necessaries, I employed myself in jobbing around the country, working for anyone that would employ me, for near seven years.  When thinking that I had money sufficient to follow some better way of life, I resolved to settle, but thought one step necessary to follow some better way of life. Thereto was to be married, for which purpose I applied to the daughter of a substantial planter, and found my suit was not unacceptable to her or her father, so that matters were soon concluded upon, and we were married.

My father-in-law, in order to establish us in the world in an easy, if not affluent manner, made me a deed of gift of a track of land that lay on the frontiers of the province of Pennsylvania containing about 200 acres, 30 of which were cleared, and fit for immediate use, whereon was a good house and barn. The place pleased me well, and happy as I was in a good wife, yet did my felicity last me not long.  About the year 1754, the Indians began to be very troublesome on the frontiers of our province, where they generally appeared in small skulking parties, with yellings, shoutings and antic postures, committing great devastations. “

The fateful 2nd of October 1754, my wife went from home to visit some of her relations. As I stayed up later than usual, expecting her return, how great was my surprise, terror and affright, when about eleven o’clock at night I heard the dismal war-cry or war-whoop of the savages and to my inexpressible grief soon found my house was being attacked by them.

I flew to my chamber window and perceived them to be about twelve in number. They making several attempts to get in, I asked them what they wanted. They gave me no answer, but continued beating, and trying to get the door open. Having my gun loaded in my hand, I threatened them with death if they should not desist. One of them that could speak a little English, threatened me in return, “That if I did not come out, they would burn me alive in the house. If I would come out and surrender myself prisoner, they would not kill me”. Little could I depend on the promises of such creatures, and yet if I did not, inevitable death by being burnt alive must be my lot.

Distracted as I was in such deplorable circumstances, I chose to rely on the uncertainty of their fallacious promises, rather than meet with certain death by rejecting them; and accordingly went out of my house with my gun in my hand, not knowing what I did, or that I had it. Immediately on my approach, they rushed on me like so many tigers, and instantly disarmed me. Having me thus in their power the merciless villains bound me to a tree near the door; then they went into the house, and plundered and destroyed everything there was in it, carrying off what movables they could; the rest together with the house they set fire to.

Having thus finished the execrable business about which they came, one of the monsters came to me with a tomahawk in his hand, threatening me with the worst of deaths if I would not willingly go with them, and be contented with their way of living.”